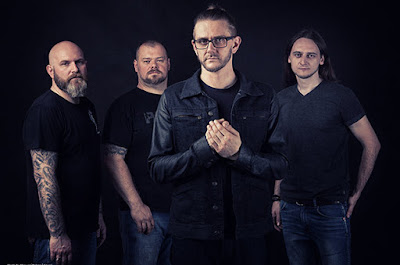 I love the title of today’s song but I must confess to not really understanding it. The song is by one of my most recent and favourite discoveries, a progressive rock band from Poland called Riverside, who have totally won me over in the past two years.

The song is called Lost (Why Should I Be Frightened by a Hat?).

To some people this sums up how strange progressive rock can be with weird song titles and bizarre concepts as subjects. Yet, despite the odd title, this is a beautiful song and typical of the band.

The meaning of the song is, thankfully, not weird at all. Basically, it is about somebody looking back at his younger self and picturing the innocent wonder as the boy contemplates his future life with no fear – only excitement.

I can relate to that.

I cannot remember the thoughts going through my mind as an innocent boy. Some of my friends may ask “Were you ever innocent, Dave?”, to which my answer would be “Of course!”

But as a young child, I cannot confess to ever being unafraid of the future. To be honest, I was captivated by it but also deeply scared because it was all about the unknown. My fascination with science fiction steered my imagination into a vision of the future that was as terrifying as it was amazing.

Back in 1970, most kids were looking at the year 2000 with awe. I used to love reading books and watching TV programmes about what life would be like in that amazing future. To be honest, some of it has come to pass, but equally, one or two ideas from that time are laughable.

For example, we all thought that there would be a Moonbase, like in the TV series Space 1999 and UFO, and that we would be travelling to the outer reaches of our solar system. Also, the vision of orbiting space stations crammed full of people seemed to be a distinct possibility. 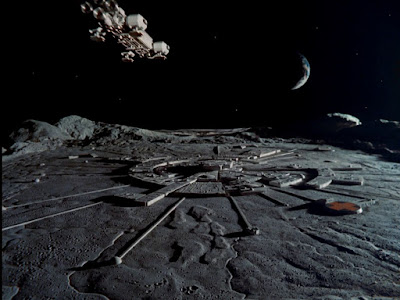 Closer to home, we pictured ourselves sitting in futuristic houses, with robots as servants , We would travel around in flying cars and be able to travel to the other side of the world in aircraft that left Earth’s orbit and could, say, fly from London to Sydney in just two or three hours. Furthermore, seers predicted that we would barely have to lift a finger in our own homes, from asking the cooker to prepare dinner and switching things on and off with voice command. 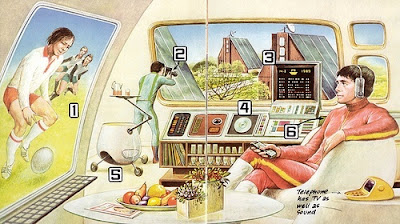 Now these later items do seem possible. Certain people got it totally right, particularly with the prediction that we would be carrying or own computers with us (in the shape of a smartphone) to being able to summon our own entertainment by watching television on-demand from a vast library of movies, TV series and box sets.

I am fascinated by the future and I would love one of two things to happen. Either I somehow become immortal and can watch the development of future technology over the next few hundred years, or somebody invents a time machine that can whisk me away to the future where I can see for myself what happens.

That would be a dream if it were possible.

Of course, depending on your religion, there might be some hope that when I finally shuffle off this mortal coil, I may be born again and enjoy the future that way. Sadly I won’t be able to remember this life – unless technology permits it, of course.