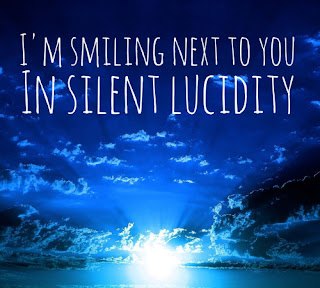 When you first hear today’s song, you could be forgiven for thinking it is a romantic power ballad.
But listen carefully to the lyrics; the song is similar to the concept in the movie Inception, postulating that it is possible to tap into your subconscious mind and actually control your own dreams.
The song is called Silent Lucidity by a band called Queensrÿche, a progressive metal band whose music is very interesting with a wide range of themes and musical styles:
Inception is an amazing film for several reasons. First and most importantly, I love the concept of being able to invade other people’s dreams and to control your own dreams. A lot of people didn’t understand the film – I totally got it from the start.
We watched it with some friends recently at home and one of them suddenly shouted after about an hour:
“Right – pause the film!”
“Why?” I said.
“What the hell is happening? I just don’t get it. Who’s dreaming? Who the hell is that guy?”
I had seen the film before and took a deep breath to explain what I thought was happening. He nodded his head but the expression on his face told me that he was struggling to follow the plot. At the end of the film, he was even more confused. Whether he enjoyed it or not is unclear, but he confessed that the special effects were special.
And that’s the second reason I love the film. The special effects are out of this world, from Paris folding over itself to the fight in the hotel that is rolling over. You have to watch the film to understand what I mean.
Finally, the musical score is immense and is an epic piece of modern classical music (apologies for the oxymoron) that appeals to more than just those who love movie themes.
I went to see one Dream Theater a couple of years ago. They are another progressive metal band who will feature in the next few days and they introduced themselves to the crowd with a video playing to a piece from the movie called The Dream Is Collapsing. In a theatre, the music sounded intense and I can see why the band selected it.
Here are two pieces from the movie called Time and The Dream Is Collapsing. They are grandiose and magnificent:

If you haven’t seen the film, I urge you to do so. Here is the trailer:

There is another similar movie that I love from the 1980’s which has a similar idea. The movie is called Dreamscape.

The hero is able to invade and shape other people’s dreams in a similar way but comes up against a similar person whose intentions are purely evil. Here is the trailer:

Being able to invade and influence other people’s dreams would be fairly high up on my list of super powers. The only drawback would be that you would be vulnerable while you were asleep yourself and, as the movie suggests, if you die in your dream, you die in reality too.

To be honest, I wouldn’t be a nasty person – I would simply observe and enjoy. However, I would need an escape route if I were to inadvertently jump into a nightmare. The fears of most people are unleashed sometimes in dreams and I have had a few nightmares myself over the years. They aren’t pleasant.

Imagine, for example,  a dream where Donald Trump is president of the US?

Wake me up now!