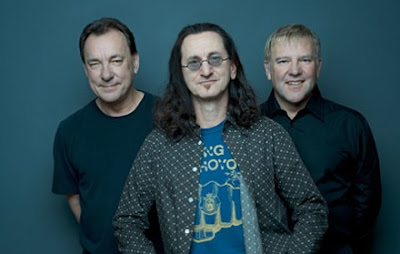 A progressive rock blogathon wouldn’t be complete without a song from my favourite band of all time, the Canadian power trio that is Rush.

This song is called Mystic Rhythms from the 1985 album Power Windows.

The album is right up there with my favourites of all time and reminds me of commuting between Manchester and London. At the time I was in a long distance relationship with my ex-wife. We weren’t married yet but she had moved to the south of England as a temporary measure.

It was a real strain and expensive too. I used to listen to the album repeatedly during the journey that, at the time, took almost four hours each way, every other week. These days the journey is a lot quicker and more enjoyable, thankfully.

I don’t regret doing so but at the time, it was a challenge.

I think this happened for about a year and during that time I ploughed through more novels than I have ever done at any time in my life. I alternated between reading and listening to music on my Sony Walkman, which bizarrely was considered the height of music technology at the time. That little device saved my sanity but the problem was I had to take a bagful of cassette tapes with me.

Alongside the novels, it made my overnight luggage heavier than expected.

These days I can take one tiny little iPod with me that contains my entire CD collection plus a Kindle that can accommodate hundreds of books. It’s so much easier, although I do have to make sure that they are both fully charged, particularly for long journeys and has made them more enjoyable as a result.

Actually, when I say “more enjoyable”, what I really mean is “less tedious”. Though I am a keen traveller, the actual travelling to my destination is not really enjoyable at all. I’ve spent many a blog post ranting about travelling, particularly long distance flying so I won’t go down that road again. To be honest, back in 1985, train travel was pretty much the same.

Worse, London is a hub and for many of the towns and cities in the south east of England, you would have to get to London, cross London and then take another train out. Getting across London these days takes almost as long as actually getting there.

And if you are unlucky enough to arrive during the rush hour then you are totally screwed. You end up standing on a platform with seemingly thousands of fellow travellers waiting for the next train.

When the train actually arrives, invariably it is full and cannot accommodate the sheer volume of people waiting to get on. This doesn’t stop everyone trying to get on board and if you are lucky enough to actually manage that, you find yourself crammed up against total strangers. Personal space is non-existent during such journeys. 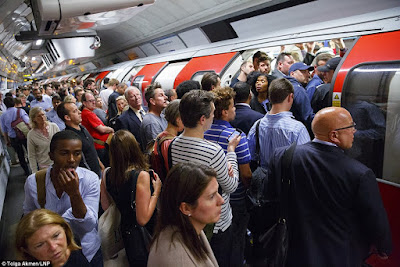 Most of the time, you don’t know where to look. I tend to look up simply because it is awkward when you are pressed up against a total stranger, particularly if it is a woman. When this happens, I don’t know where to put myself – and I simply don’t have a choice.

It can be embarrassing.

Thankfully, if the train isn’t crowded, the journey is more tolerable and I can entertain myself watching my fellow passengers, in a non-creepy way of course. Some of the people who live in London or just visit are actually quite eccentric – and I love eccentricity. I particularly love places like Camden Town and Camden Market where a lot of these people are drawn too.

People-watching is one of the things that also make travel more tolerable. It is a pastime that quite a few people enjoy and I sometimes wonder what these people make of a weirdo like me.

Do they regard me as eccentric or just plain boring.

To be honest, I regard myself as slightly weird but not excessively so, and I imagine that people ‘s eyes just gloss over me in search of a more interesting person.

And believe me there are plenty of them about.