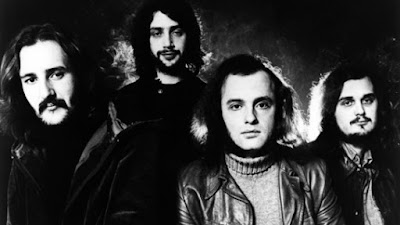 Today’s song is from the 1970’s and features Dutch Progressive Rock band Focus. The song is called Sylvia and reached the top five in the UK in 1973.

I was eleven when I first heard the song and once more it is an example of how Progressive Rock has influenced my musical taste over the years. At the time, I thought nothing of it because I was young and naïve and didn’t understand the various musical genres that were out there.

I just liked the tune.

I like to think that is the way I am today.

Sadly, people suggest that I am a metalhead, i.e. somebody who only likes heavy metal, because of the bands I see live and the CDs I buy. Nothing could be further from the truth.

I occasionally surprise people sometimes by accident and sometimes on purpose.

For example, one of my work colleagues was walking behind my desk while I was listening to my iPod (I was writing a boring technical document and only music can get me through such a tedious task). He picked up my gadget to see what was playing and was so amazed at the song that he tapped me on the shoulder.

“You’re listening to Madonna!” he exclaimed.

This revelation came as a shock to the other colleagues on my desk, mainly because I often moan about the state of music at the moment and how we are forced to listen to certain artists and genres, while I champion bands that nobody has heard of.

“Be my guest,” I said, indicating that perhaps he should check the other music on my device.

He flicked through it reading out what he thought were the “embarrassing” bands and artists.

“ABBA?” said somebody else with a laugh.

Somebody then started singing “Like a Virgin” across the desk.

At that point he put down my iPod and I had to endure a tirade of abuse. I didn’t care. I told them that my CD collection showed that when it comes to music, I am not a narrow-minded metalhead. On the contrary, if I like a song, whatever genre it is, I shall add it to my collection.

Of course, they didn’t see it that way and some of them couldn’t see that a person who likes Motorhead can also like Abba. Mrs PM has also been surprised by some of my taste – bizarrely, the contrary is also true. For example, the other week, I was playing a song by Rush, my favourite band, a band that Mrs PM is openly hostile to, when she amazed me.

I almost fell off my chair.

There’s hope for her yet.