Remember that Other Movie Mark Hamill Was In?

Unless you're a total geek or a die-hard Mark Hamill fan, one of two things just happened:  either you thought, "Mark Hamill was in another movie?" or you tried to dredge up some distant memory of something else you'd seen once long ago--probably Corvette Summer.

In fact...tell the truth.  When you hear "Mark Hamill," you picture this, don't you? 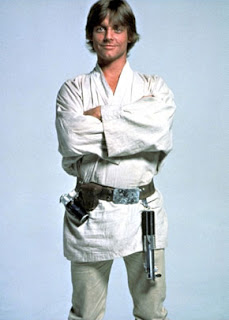 It's okay.  You're in good company.
It's a mixed blessing, landing an iconic role so early in your career that no one has ever seen you before.  By "mixed blessing," I mean nice in the moment and generally lucrative, but probably hell on the rest of your career.
It's not that Hamill hasn't been working, either.  In fact, his IMDB filmography lists 244 titles, while Star Wars co-star Harrison Ford's page lists only 69.  Granted, many of those were voice roles, but not all.  So what happened?  Why is Ford still a highly-regarded and well-paid actor at 70, while Hamill is "that guy who played Luke Skywalker?"
I can think of a few possibilities:
At this point, I have no opinion as to which (if any) of these explanations is accurate, or whether it might be some combination.  But I'm about to start looking around, check out some of those other appearances and see what kind of information I can find.  In the meantime, feel free to share your opinions (or conjecture).
﻿
We use cookies to improve user experience, remember your preferences, and analyze website traffic. By continuing to browse this website, you consent to our use of cookies as outlined in our Privacy Policy.