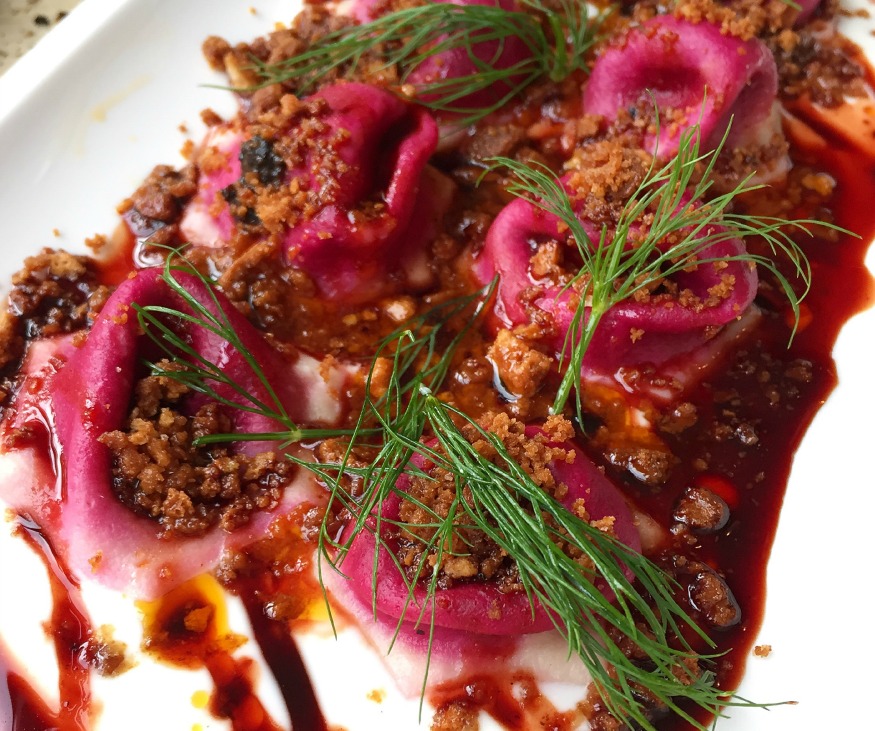 Many restaurants nowadays open to a lot of buzz and fanfare. It’s like they bang a giant social media gong, releasing a flurry of tweets and Instagram photos to the point where it becomes overwhelming. Menus are often written with an ‘Instagrammable’ dish in mind, and for the first month after opening feeds will be filled with photos of the same dish, or worse, there will be a media event where everyone snaps said dish at the same time.

I’m not saying I haven’t been to such events because I have, but I must admit I find it all quite annoying. Maybe I’m getting old and grumpy. Anyway, my point is that Queen’s didn’t bother with any of this, opening gently and quietly with no such event, no invitations, and not really many openings hours to be perfectly honest. 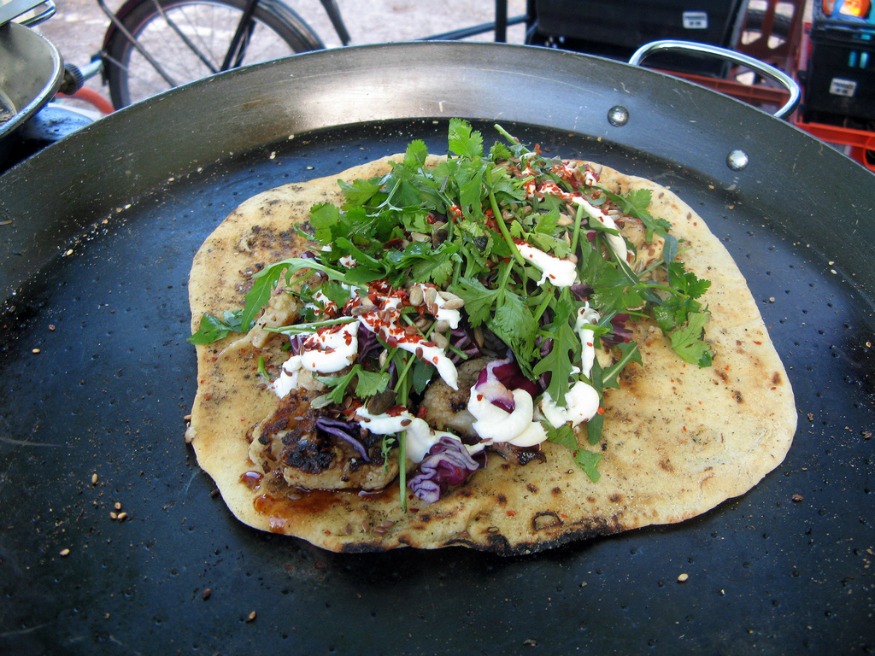 The cauliflower wrap at Brockley Market.

I first met the owner Mike at Brockley Market, where he was selling his frankly superb wraps under the name Mike and Ollie. I was looking for something more than the street food standard of ‘meat in a bun’ and found this guy with his puffy flatbreads, rose hip molasses, homemade yoghurt and chargrilled cauliflower. One bite and I became the annoying ‘you absolutely HAVE to go there’ friend.

Time passed and last year Mike launched a crowd funder before opening the restaurant on Camberwell Church Street. Great, except every time I tried to go there it was shut. They did this really quite sensible thing, you see, of not being open constantly and stretching themselves too thin, but building gently and working on getting the food right. Radical. 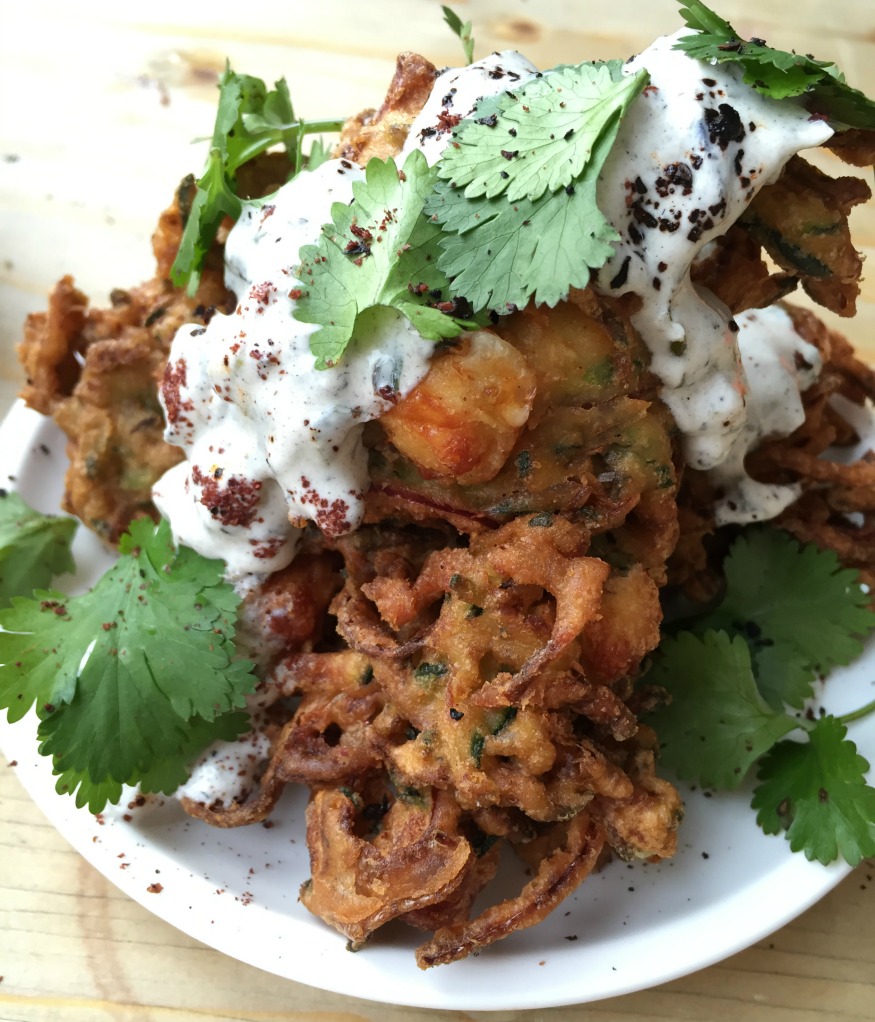 I went fairly early on and there were a few teething problems but I knew then I was onto something good and bloody hell if it isn’t five minutes away from my house. So, recently, I returned, rocking up keen as anything at 6pm on a weekday. We sat in the window because watching street life is important to me and we put away course after course of brilliant food. We had mussels which arrived fanned out like flower petals, covered in soft onions from the cooking liquid; in between were peas so fresh and young they’d been cooked and served in their pods. 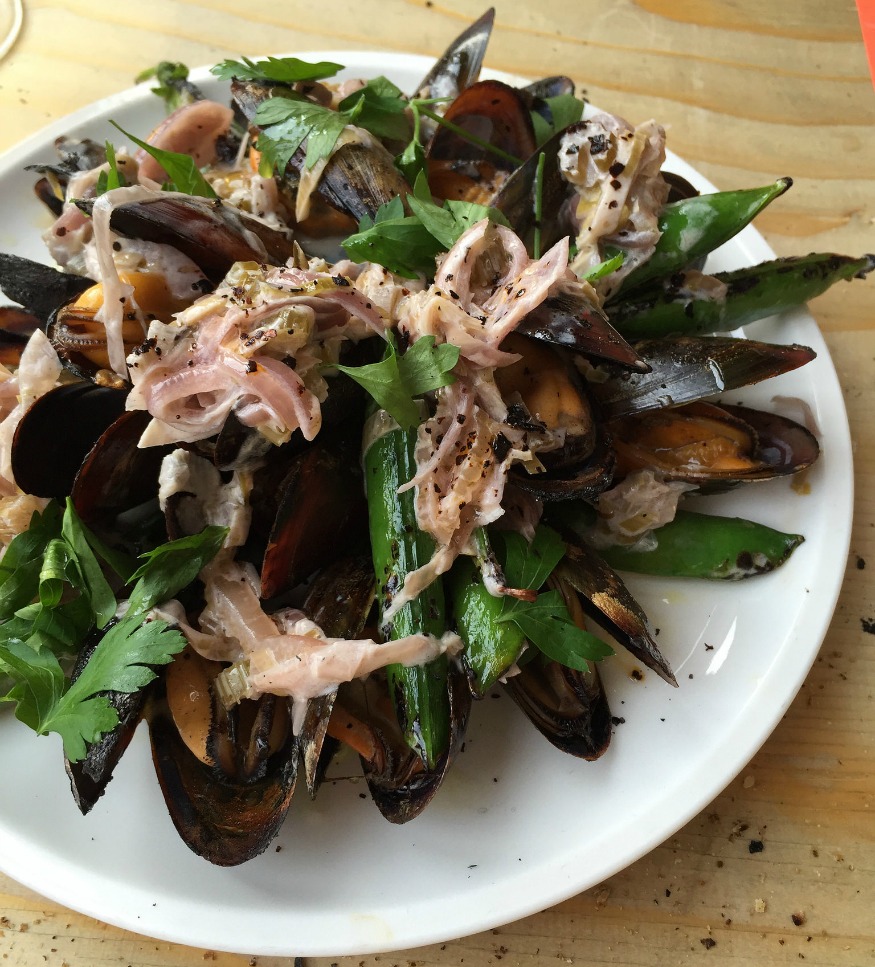 A flower of mussels and peas.

Beetroot manti (top) have evolved since opening too; once a little thick, they’re now perfectly earthy and stuffed with velvet cows’ curd. The plate is decorated with a shocking creamy-sour combo of yoghurt and pomegranate molasses (the latter correct, I think – my memory fails me), and the whole thing topped with crunchy crumbs.

Manti are like Turkish ravioli, and I remember being annoyed by a dish of them in Istanbul where they were all mouth (multi-coloured pasta) and no trousers (flavour). Mike’s manti (not a dodgy euphemism) might be shocking beetroot purple (oh God) but they’ve got the punch to back it up. Courgette fritters were light, not gluey, flecked with those earnest summer vegetables and plenty of Turkish chilli; a pork chop came charred with a glorious gooseberry sauce, chunky and chirpy. 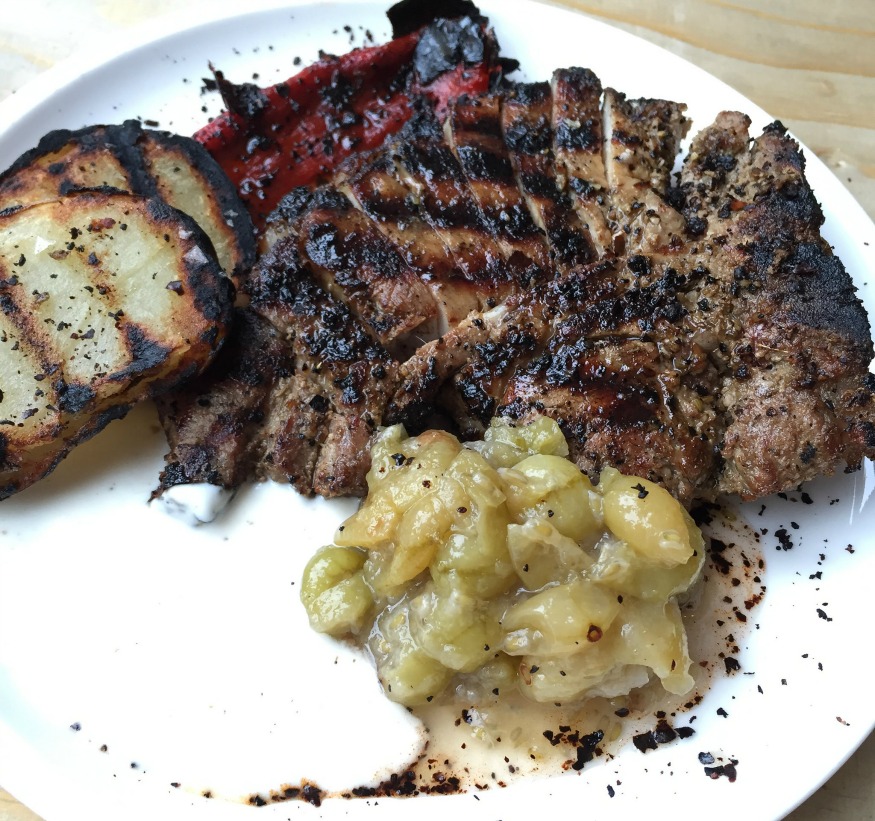 Top of the chops.

Oh! I nearly forgot the bread. That’s a treat, so don’t consider skipping it. “We’ll save some to eat with the rest of the meal,” we said, before putting away the whole thing in under a minute. A honey parfait came with chargrilled cherries. Bravo. I now demand all my cherries chargrilled unless I have to do it myself in which case I’ll just eat them straight from the box as usual.

The drinks are fun too. Mike knocks up all kinds of treats to go in the gin and tonics, from pickled strawberries to the yoghurt-fermented peaches we tried on our visit. I just love all those little touches, and many of the ingredients are foraged in South London. 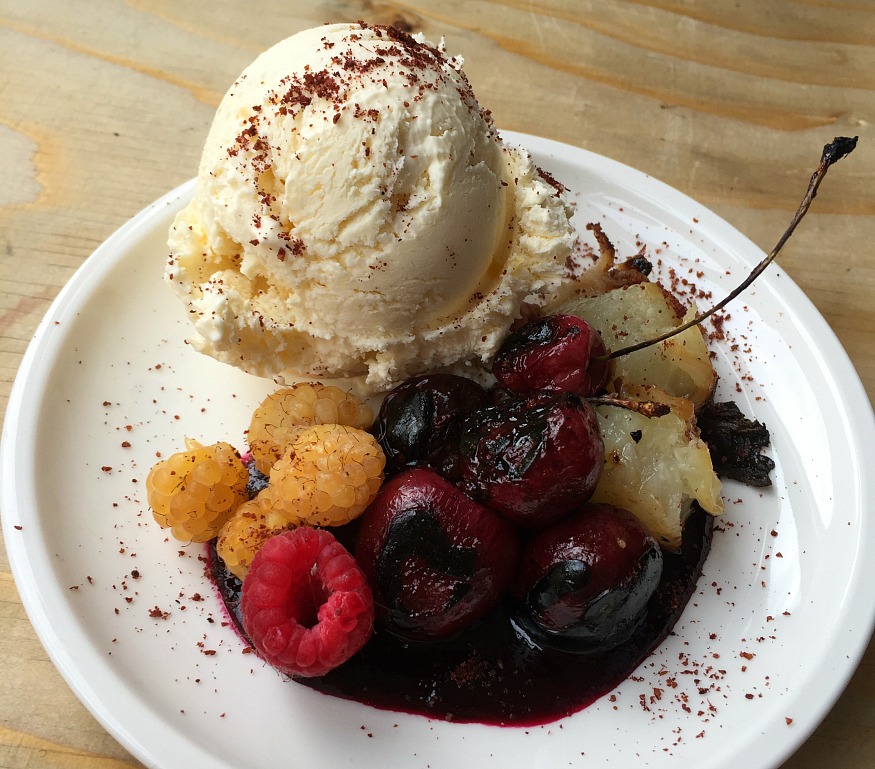 So well done, I say, on gradually building a great little neighbourhood restaurant. They’re using seasonal British ingredients, giving them a Turkish/Levantine/Middle Eastern twist and cooking a lot of stuff on a charcoal grill; it couldn’t be more up my street. What’s that? You want to visit? Well yes, of course you do. The problem is that you can’t, because Queen’s is shut for the summer, and they’re not reopening until 6th September. Restaurateurs need holidays too, you know.