River Whyless Get Lost With A New EP 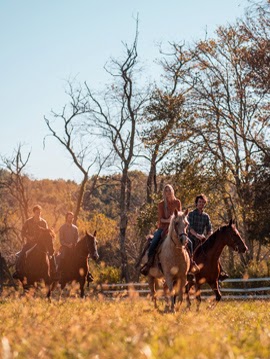 After navigating the waters of the long and laborious DIY process to produce their first album in 2011, North Carolina's River Whyless elected to decamp for a single studio session in Louisville, Kentucky, this time out. Holing themselves up with Kevin Ratterman (Andrew Bird, My Morning Jacket) at La La Land Studio, the band set out to capture their new chemistry and intuitive nature.

"In an atmosphere like La La Land, you can eat, sleep and breathe the music you're working on without the distractions of everyday life. I enjoy that," says Ryan O'Keefe (guitar/vocals). "We recorded mostly live with just a few overdubs. Kevin likes to move at a good clip in order to capture that magical, synchronistic moment."

Something certainly happened in the studio. River Whyless laid down five tracks that incorporated every member's writing style in less than four days. Most of it was recorded live, with very few overdubs. The cohesiveness in this indie folk EP is evident.

The eponymous EP immediately captures the creativity and cohesiveness of a band that been touring heavily and steadily since their debut album, A Stone, A Leaf, An Unfound Door, four years ago. Unlike the debut, it is clear the band has laid down a direction of delivering lyrically rich harmonics and relaxed, contemplative instrumentals that build beyond its four-piece foundation.

Along with O'Keefe, Halli Anderson (vocals/violin), Alex McWalters (drums), and Dan Shearin (bass, vocals) blend together their talents to form a singular sense of purpose. The album leads off with Life Crisis, a wise and wistful indie folk composition that leans heavier on its percussion and vocal echoes than this brilliantly simple and stripped back tiny desk version.

Life Crisis is followed up with Maple Sap, a self-reflective metaphoric song that conjures up images of a lonely soul contemplating life while finishing off everyday chores like tapping trees for sap and collecting firewood. The beauty of the piece comes in as the band connects the dots between nature and the human experience.

Bath Salt is decidedly different as the band showcases Anderson's vocals alongside a loping, fantastical rhythm. The near six-minute track soars through a variety of pace change-ups, pausing for Anderson to sing her story between climatic swirls and violin runaways.

Miles Of Skyline takes a different approach by laying everything down on the machinery-like precision of the percussion, bringing in clock-like guitar patterns and violin rolls to company Shearin's vocals. While the track lacks the same depth felt throughout most of the album, its buoyant, celebratory nature delivers some diversity to the lineup.

It's the closer, Fine Companion that will eventually win listeners over. Although shorter and starker than anything else on the album, the weeping guitar and strident world-worn but hopeful lyrics bring the entire EP back to the beginning. The beginning is where most people will want to be on this album. Life Crisis is the most dynamic offering added to the band's extended repertoire.

A Self-Titled EP By River Whyless Soars 6.8 On The Liquid Hip Richter Scale.

Some people will size River Whyless up as experimental folk rock or indie folk pop, which both seem to be a catch all for anyone who can harmonize a few lines over infectious rhythms with an interesting assortment of instruments. This band is something more enigmatic as traditional folk artists with an experimental edge. The result is casual confidence eclectic listeners relate to other genres.

Where River Whyless stands out is in its ability to compose informed music, narratives that immediately connect with one's psyche. It doesn't just sound right. It feels right. You can find River Whyless on Amazon or download the new EP from iTunes. To get to know the band better, follow them on Facebook.