Road Rage Can Kill You

Now here is a case of how you can become suddenly one of those wreck less drivers getting caught up in "Road Rage" with another driver. 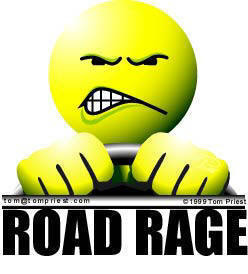 It's Thursday 4-30-09 and I am driving myself home for to have my lunch hour like I do almost everyday. I don't live far from where I work so I am able to have that luxury from work. Not a lot of traffic out at that hour and people are usually driving pretty calm and normal. But alas, there is always that one idiot that just thinks he is the most important person on the planet. 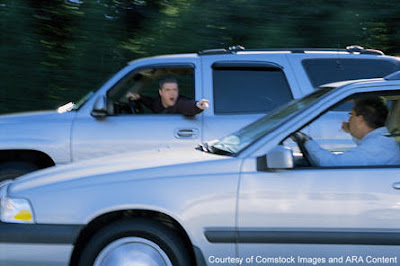 About 10 blocks from my home I am driving in the slow lane of a 4 lane major street, two lanes going each direction. The car in front of me is going to turn right and has pulled off to the right side to do so. There is no one in my left lane so I have to pull slightly into the left lane just barley crossing the line to pass the car that is turning. From behind me in my lane, comes a black Mercedes driving at least 10 miles over the speed limit and sees the car turning right and doesn't want to wait so changes into the left lane like I am. That's fine, he is apparently in a big hurry and my car poses no threat to him as I am barely touching the line that separates us. Instead, of just passing by, he decides I need to have the horn blasted at me. So I put up my hands and said "What?" and he flips me off, so okay being the adult that I am, I flip him off too. His culture does not permit me, a woman, to be so aggressive towards him so he pulls up next to my car and rolls down the window exposing his female passenger and tells me to "F*CK MYSELF!" So I tell him to "F*CK himself" and he tries to side swipe my car making me now swerve to avoid him. Then he pulls in front of me and slams on his brakes to try to make me rear end him. I WAS LIVID at this point and rolled down my window and yelled out "Do you feel like a man now in front of your woman?" He again told me to "F*CK YOU" and again slammed on his brakes. I was barely missing him each time he did this and you know if I hit him, it would be all my fault. 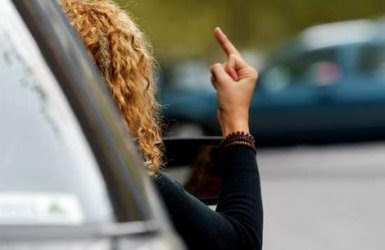 Well most normal people probably would have backed down and said it's not worth it but once my Adrenalin is pumping, I sometimes am not thinking clearly and now I want to get a piece of paper out and write down his license plate to report him. When he sees I have a paper and pen, he takes his super Fast Mercedes just about as fast as it can go turning right and driving WAY TOO FAST down the street. My 4 cylinder car is no match for his Mercedes but what does my dumb ass do? I punch my little car just as fast I can to catch him to take down his plate. We are driving 60 miles and hour in a 35 mile zone and for what? My leg was shaking so bad while I was chasing him I could barely keep it on the pedal. And for what????

If I call the police on his license, what can/will they do? There is a culture of men, aged 25-35, who constantly drive this way and have no respect for anyone but themselves. I am sure they would just as soon shoot you as give two cents about you after. I am not a prejudice person but I swear I can become one with this male minority. Being the tough ass independent woman that I am, I don't like feeling I am being pushed out of the neighbor I have lived for 26 years in. I wonder what his woman thought of his behavior? I have little problems with the women of this culture or the young or elderly. But this is how prejudice starts so, I'm doing the next best thing by not reporting him to the police and have him retaliate on me. I'm just reporting him to...

IT IS WHAT IT IS
I am grateful that neither of us caused an accident killing or injuring anyone due to our stupid pride in proving a point and I guess I will try and learn that it's certainly not worth it to loose your temper over something so trivial and stupid. What if someone got hurt during our madness, I could have never lived with myself for that. Please allow me the strength to not allow this sort of stuff to wind me up. 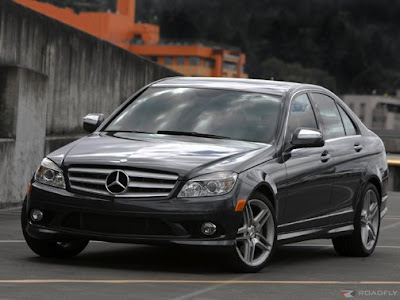 But, black Mercedes license number 5XGC292, you should think twice as well about the people that could have gotten hurt that day. Dude seriously, slow the F*CK down!!!