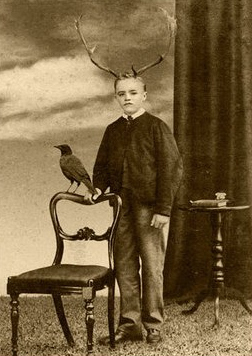 I was born in 1894 in Alexandria, first son to Fritz and Clara, and was in many respects an unremarkable child - with one significant exception: I suffered from a vile condition called cornu cutaneum, which enabled me to grow a large set of antlers on my head.  My mother was a devout Catholic, and believing that I - like Moses - had received this as a Divine gift, forced me to grow them  unchecked.  I became a minor celebrity in Alexandria, and then again when we later moved to Bad Godesberg in Germany.  However I soon became known as the Reindeer Boy at school and suffered terrible daily taunts and fights, often returning home with a bloodied nose. My mother finally relented at my pleas and had the antlers sawn off and regularly filed, but the taunts continued - until one fateful day.

It was break time like many others at school: I was surrounded by a group of heckling children, this time led by a large Yiddish boy called Itzhak.  I ran at him in a blind fury, hands flailing, but he was too big for me, and soon had me pinned to the ground.  However, I managed to wriggle an arm free, and with a violent swing hit him on the head, sending him flying backwards.  He fell, unconscious, to the ground while the crowd watched on in stunned silence.

A dark-haired boy squeezed through the wall of children and offered me a hand.  I took it gratefully and got up, brushing the dirt from my clothes.  "Thank you," I said.

"That was finely done," he said, smirking. "The Jew boy had it coming."  And then, shaking my hand vigorously, he said, "My name is Adolf."

I smiled at him shyly.  "Rudolf.  Rudolf Hess." 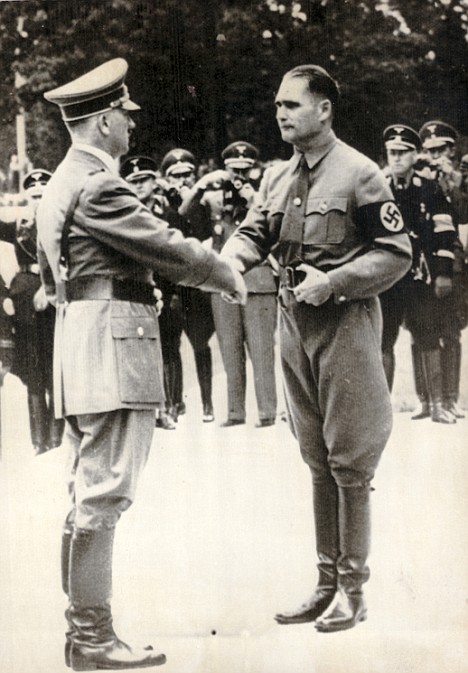