The Season of Plenty

blogcatalog
Several dry weeks, warm and sunny as well, means that once again the veg patch is full of beautiful things to eat, look at and smell.
I believe I may officially call myself a gardener. Touching a piece of wood, I must say that so far apart from the beetroot issues, nothing has gone wrong. Everything is growing in the right place and appears to be what I was expecting. No dwarf peas, instead colossal peas. 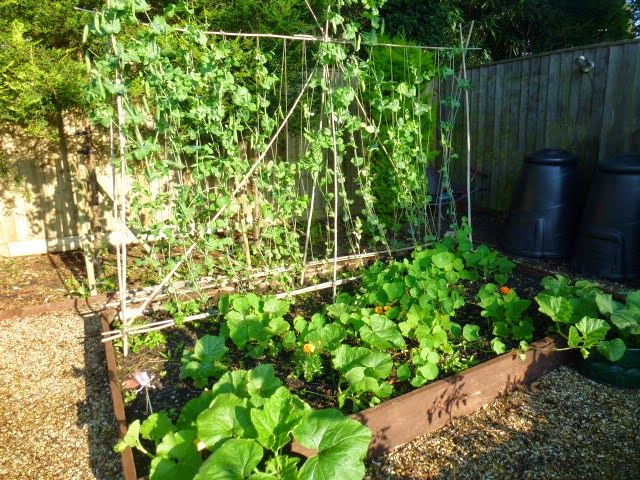 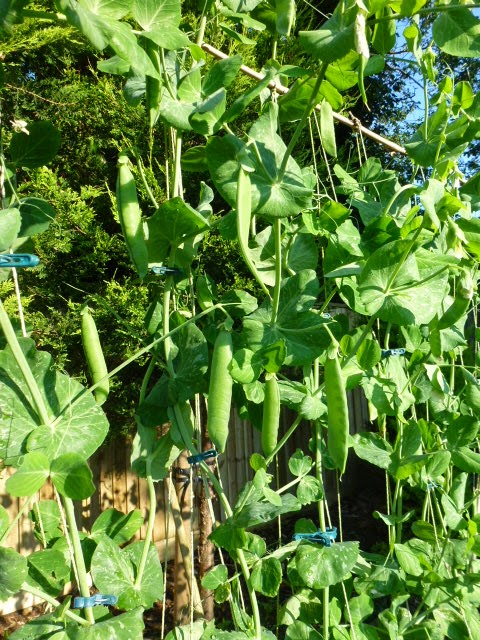 And no pumpkins growing up the "Leaning Tower of Barton". Just delicious courgettes. 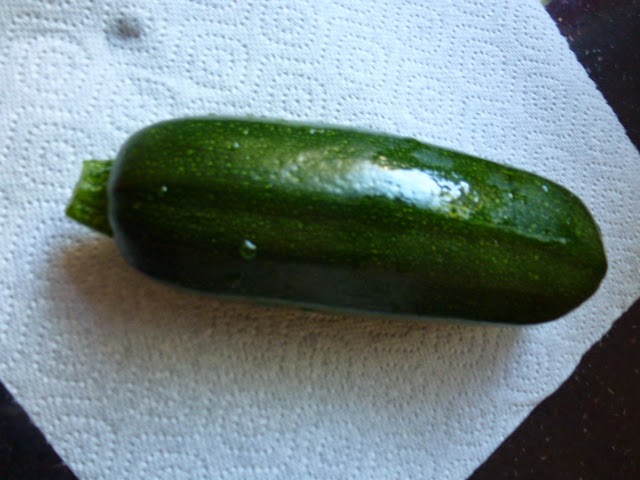 The broad beans survived this year and are also delicious, although the first time I picked them, I managed to disturbed something that was on the flowers and I was stung quite badly on the back of my arm. I have no idea what it was, but can't be cross as it was busy pollinating my plants. 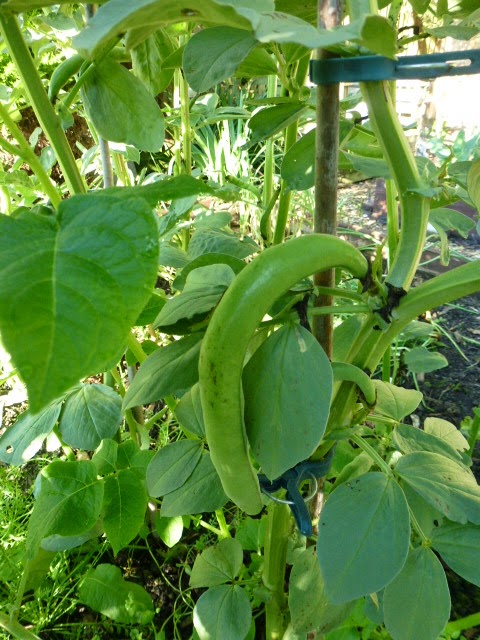 It always happens, everything is ready at once, but for some things I have actually managed to plant small numbers of plants at different times, so hopefully this year we won't be trying to eat loads of one thing before it goes off. This plant has been very successful, cape gooseberries or physalis 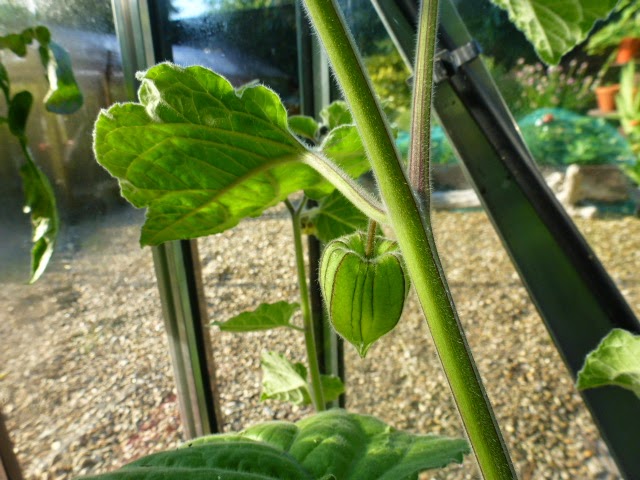 If your not sure what it is, it is one of those bright orange fruits with a brown papery covering that you get on the side of your desert in swanky restaurants. Someone gave me the packet of seeds. They had received them free with a gardening magazine. they are very pretty and hopefully will taste good as well.

All of my chillies are growing very well, covered in fruits. This is the first plant with any of a reasonable size, it is a cayenne pepper. And so far this year I have managed not to kill my mange tout, by overfeeding them. 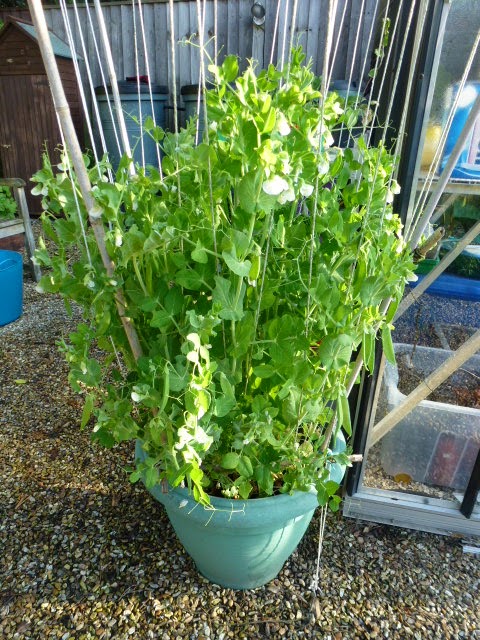 All of the interesting squash I bought from America are growing well, lots of small ones, but as yet not showing any of the characteristics of each plant . The Blue Hubbard pumpkin has loads of little green pumpkins on it. I really hope they grow as its going to be interesting to see them. Hopefully I will get a huge one as the packet predicts. 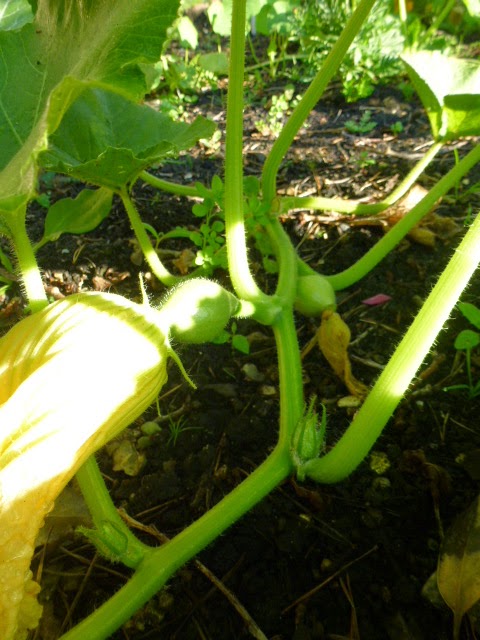 This is what I picked on Sunday. 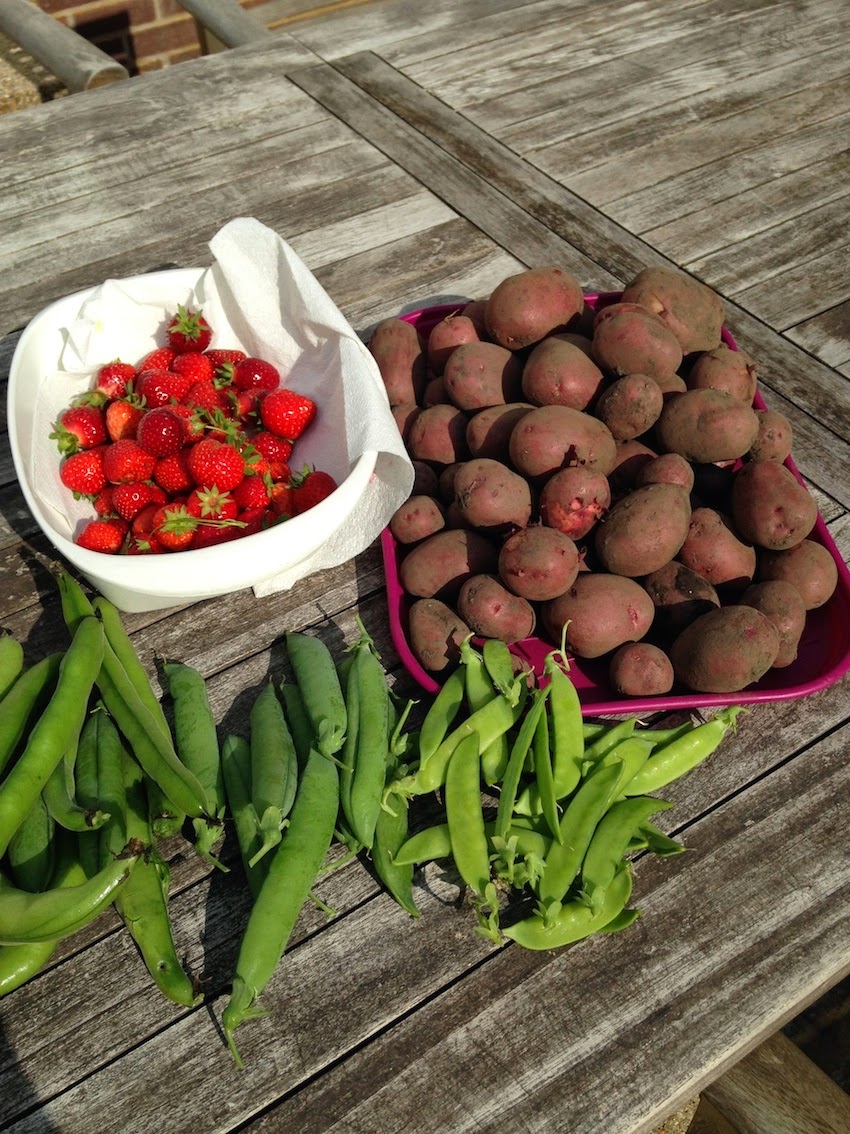 And then the flowers. More than I know what to do with, I have been giving them away to friends and neighbours and even to a local bride who gave me a lovely donation to Oakhaven Hospice in return. 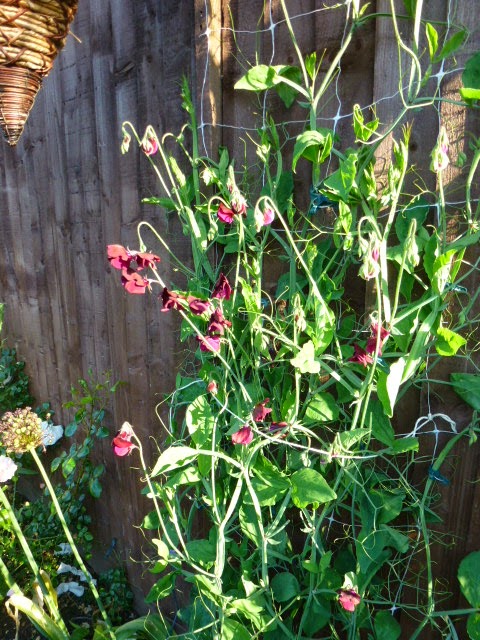 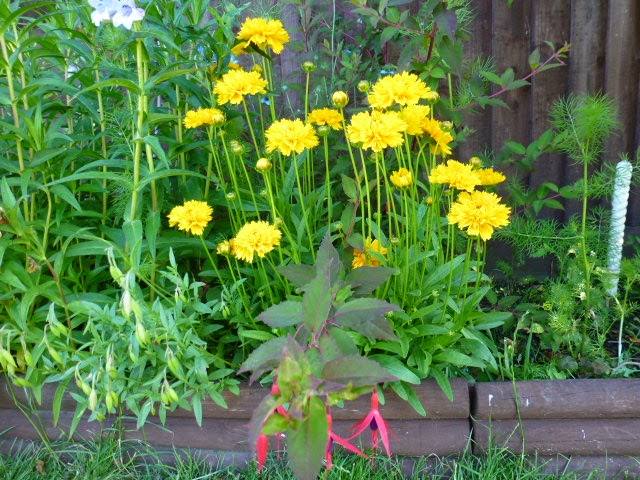 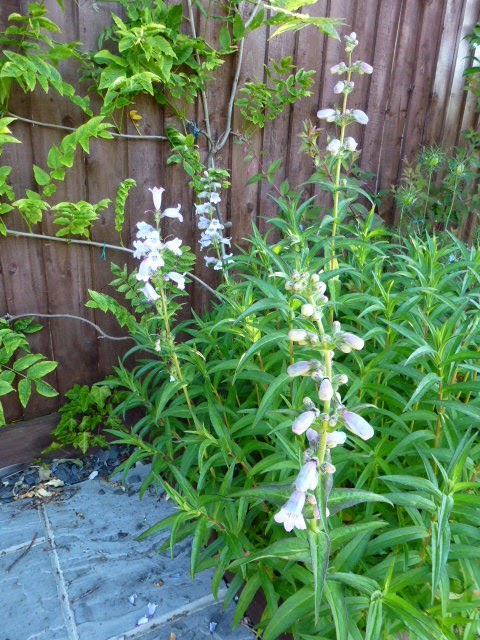 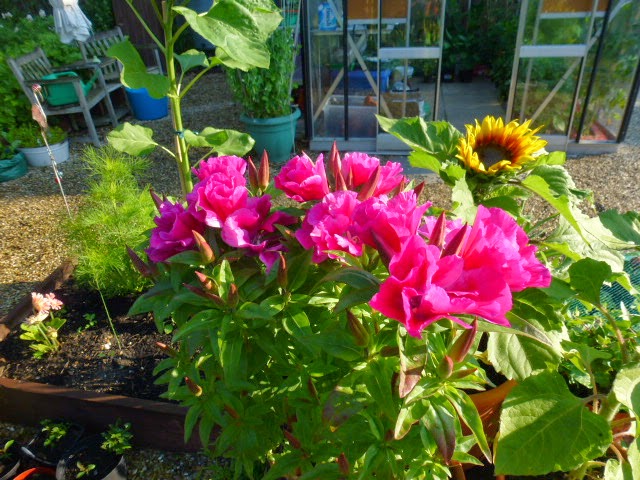 Do you remember, that last autumn I went over to see Georgie, at Common Farm Flowers and she gave me some of the dahlias that she no longer  needed. Apparently they were the wrong colour for this seasons brides. Well I am delighted with them. They have grown beautifully and are already flowering. personally I think the brides are missing out on some lovely flowers. 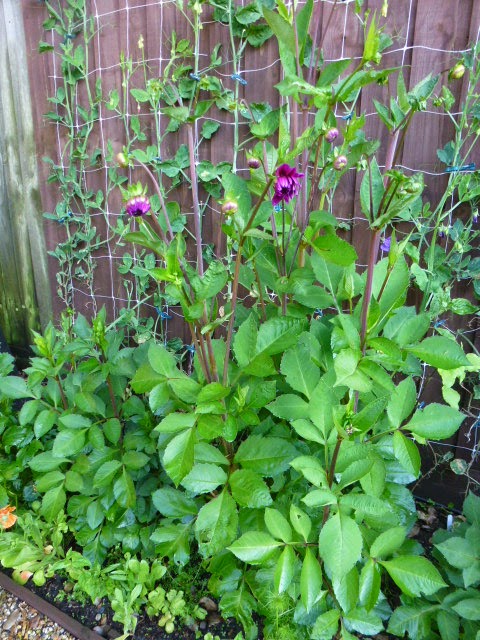 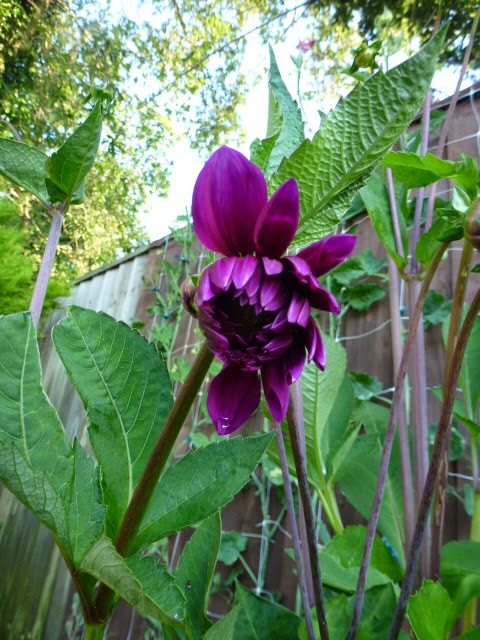 Here are a few of the posies I have made for myself, my neighbours and anyone who wants them 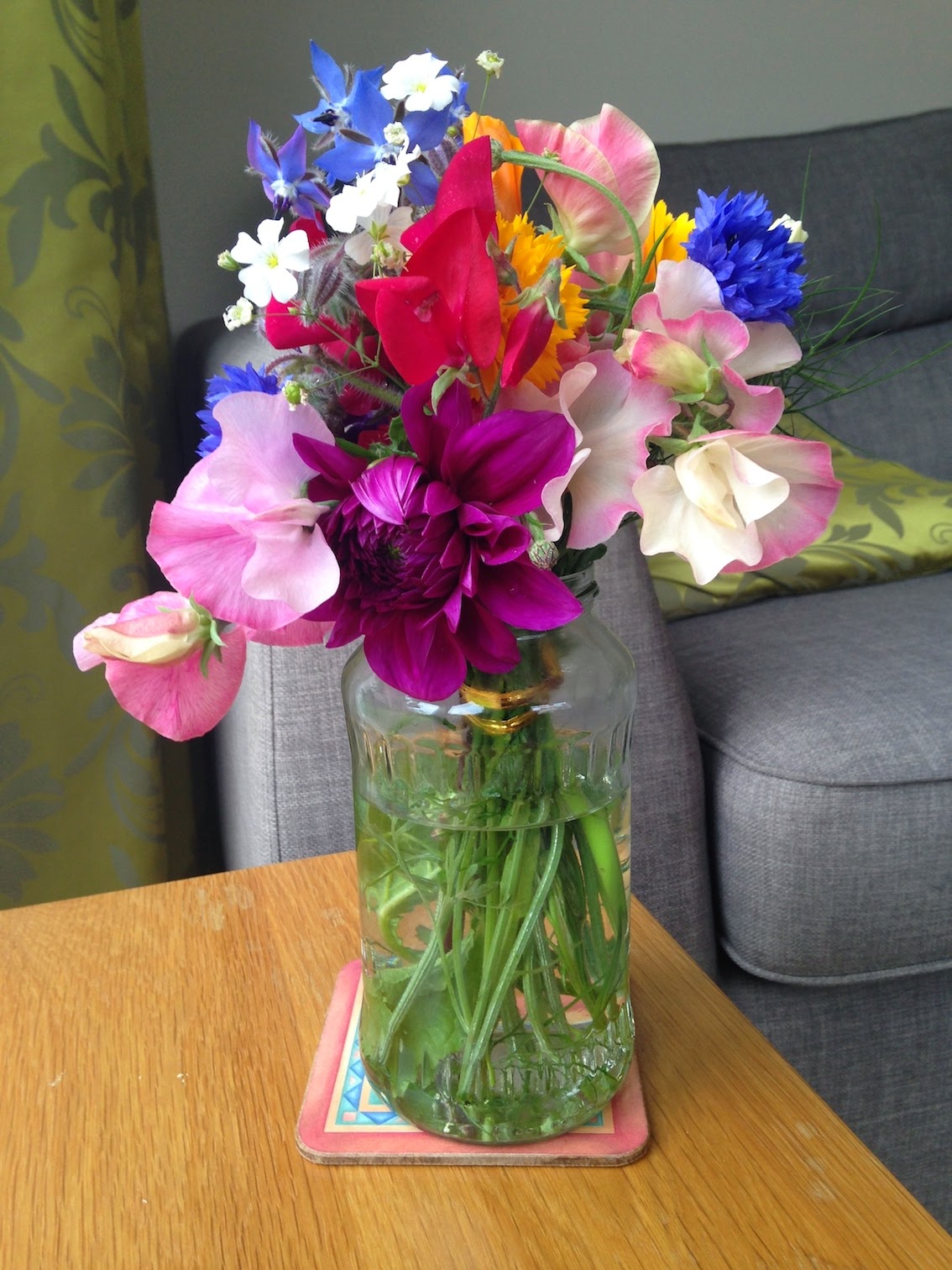 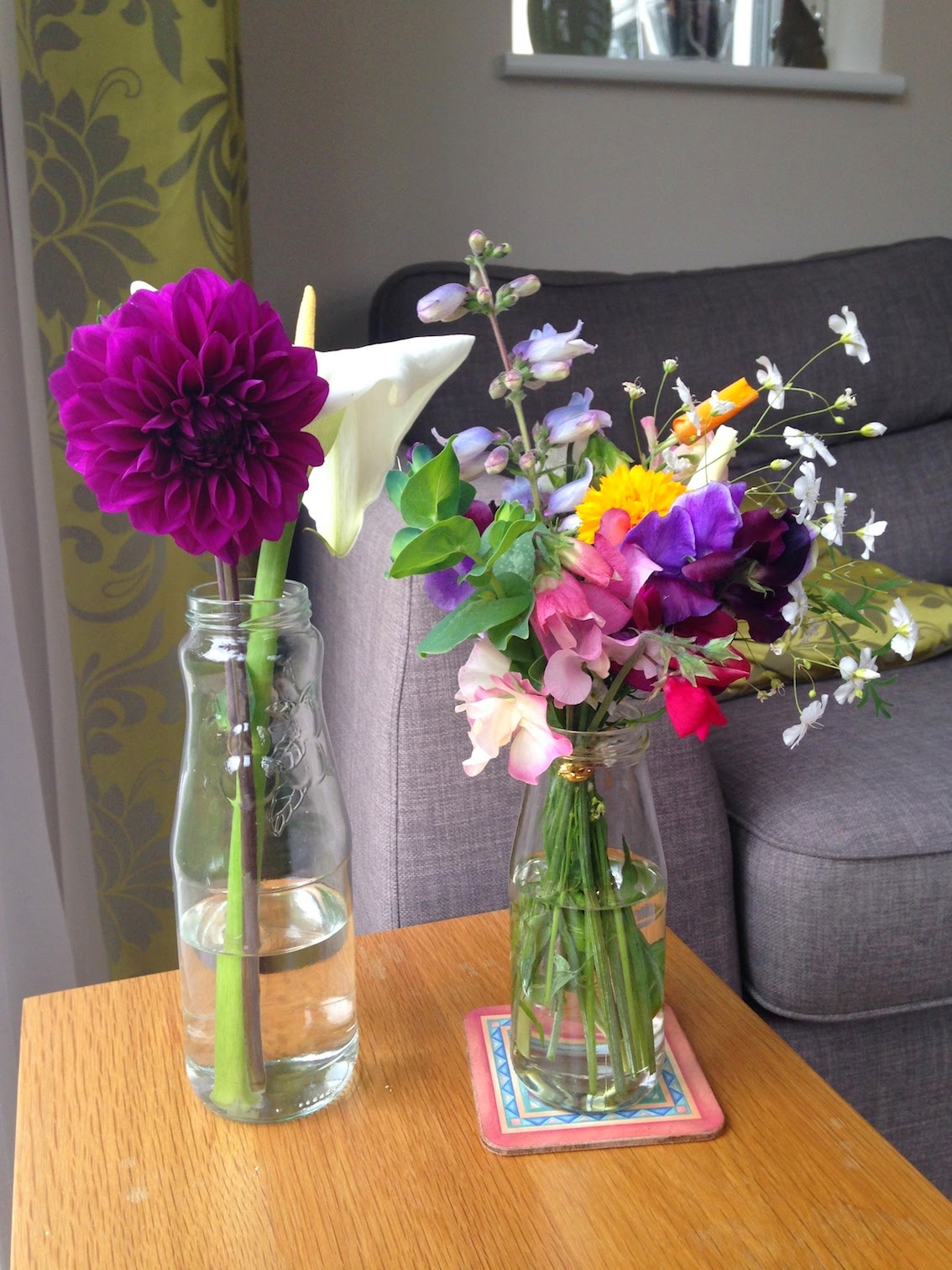 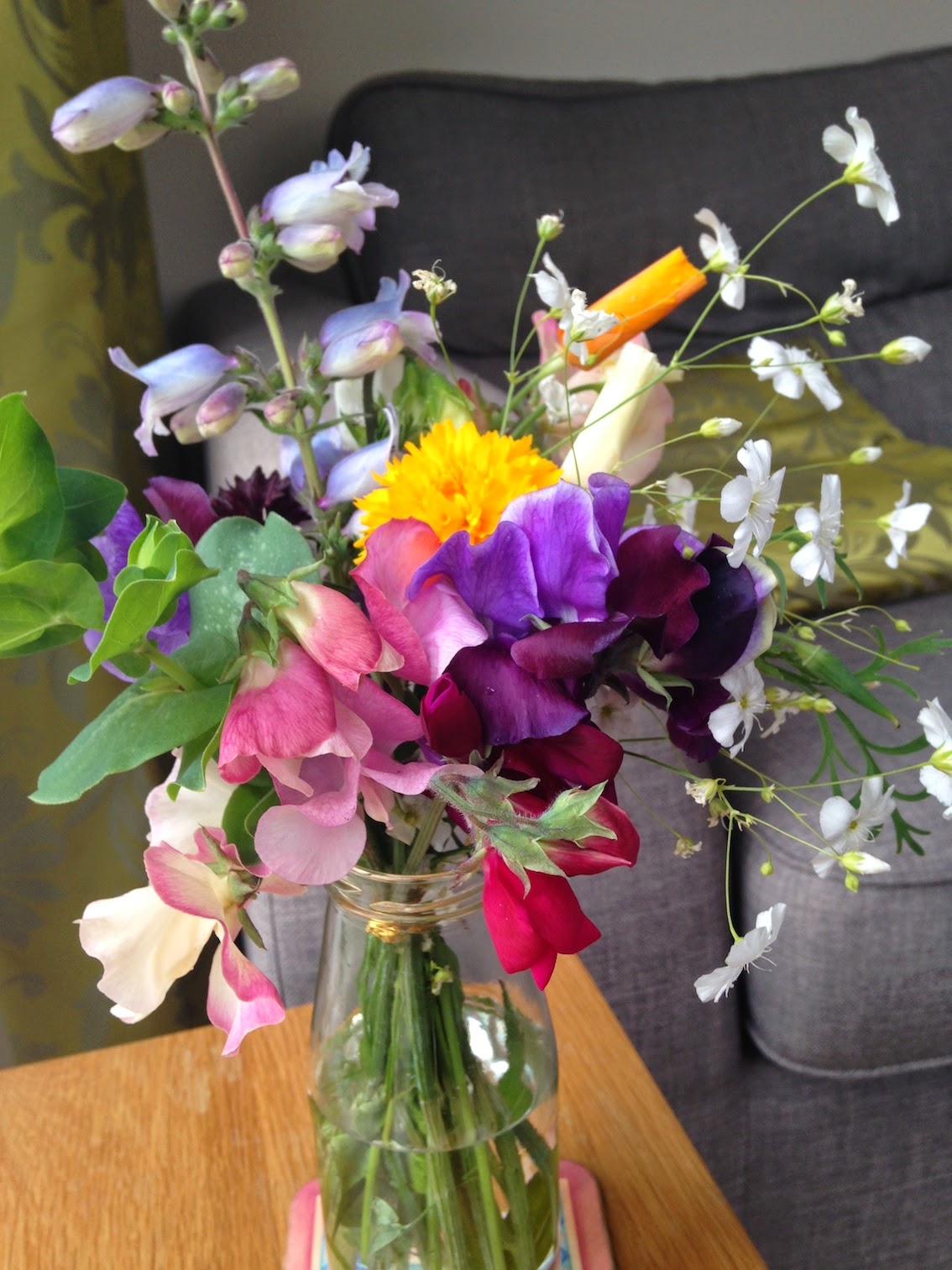 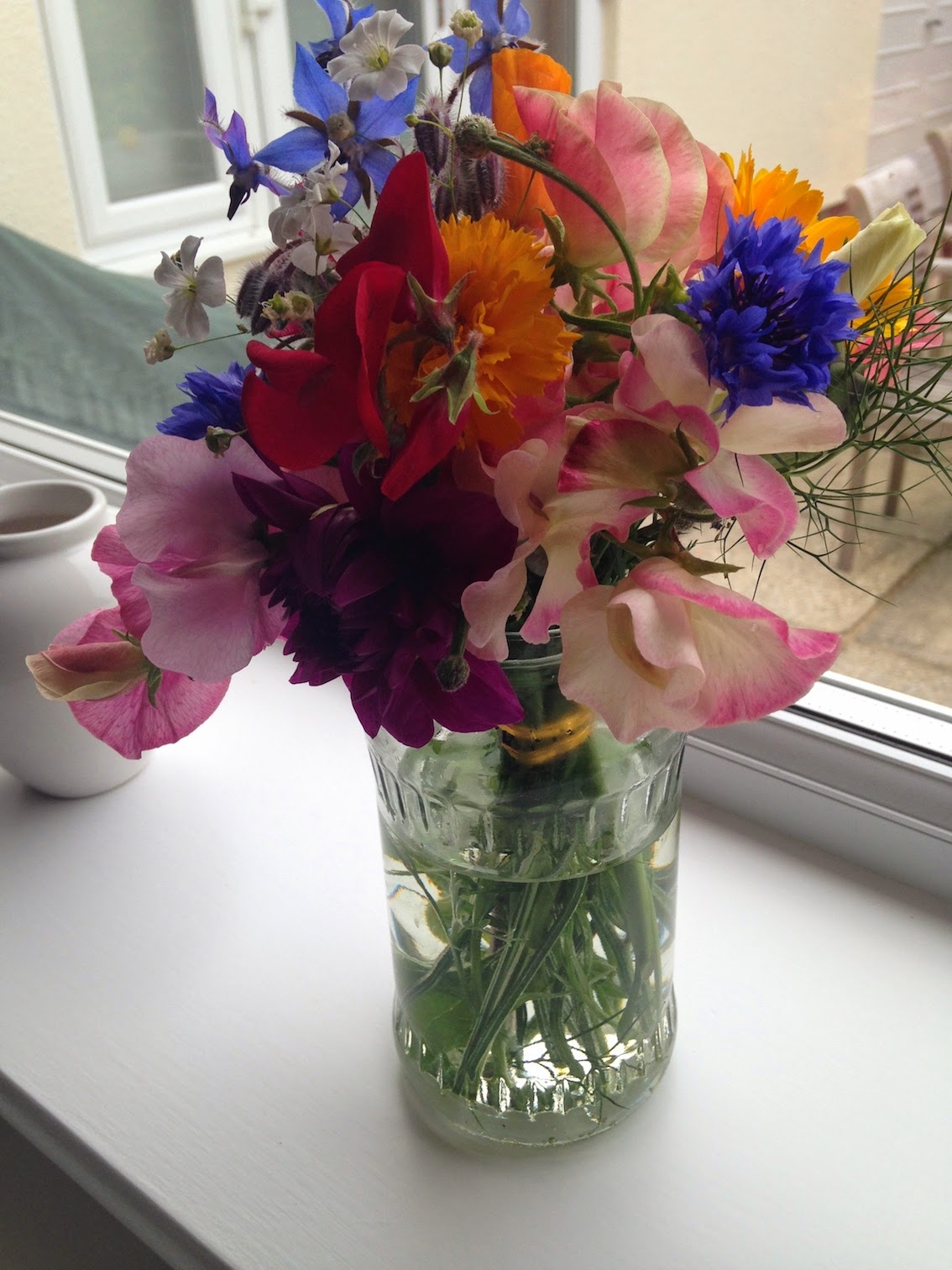 Sunday was International Lonely Bouquet Day. A lady in Belgium started it several years ago as a way of encouraging florists and people who grow flowers to give some away to strangers.
I decided to join in this year. The idea is you make a bouquet, or in my case a posy, and then pop a label on it and abandon it somewhere for people to find and take home. I made 5 to leave around where I live.
I cut all these flowers 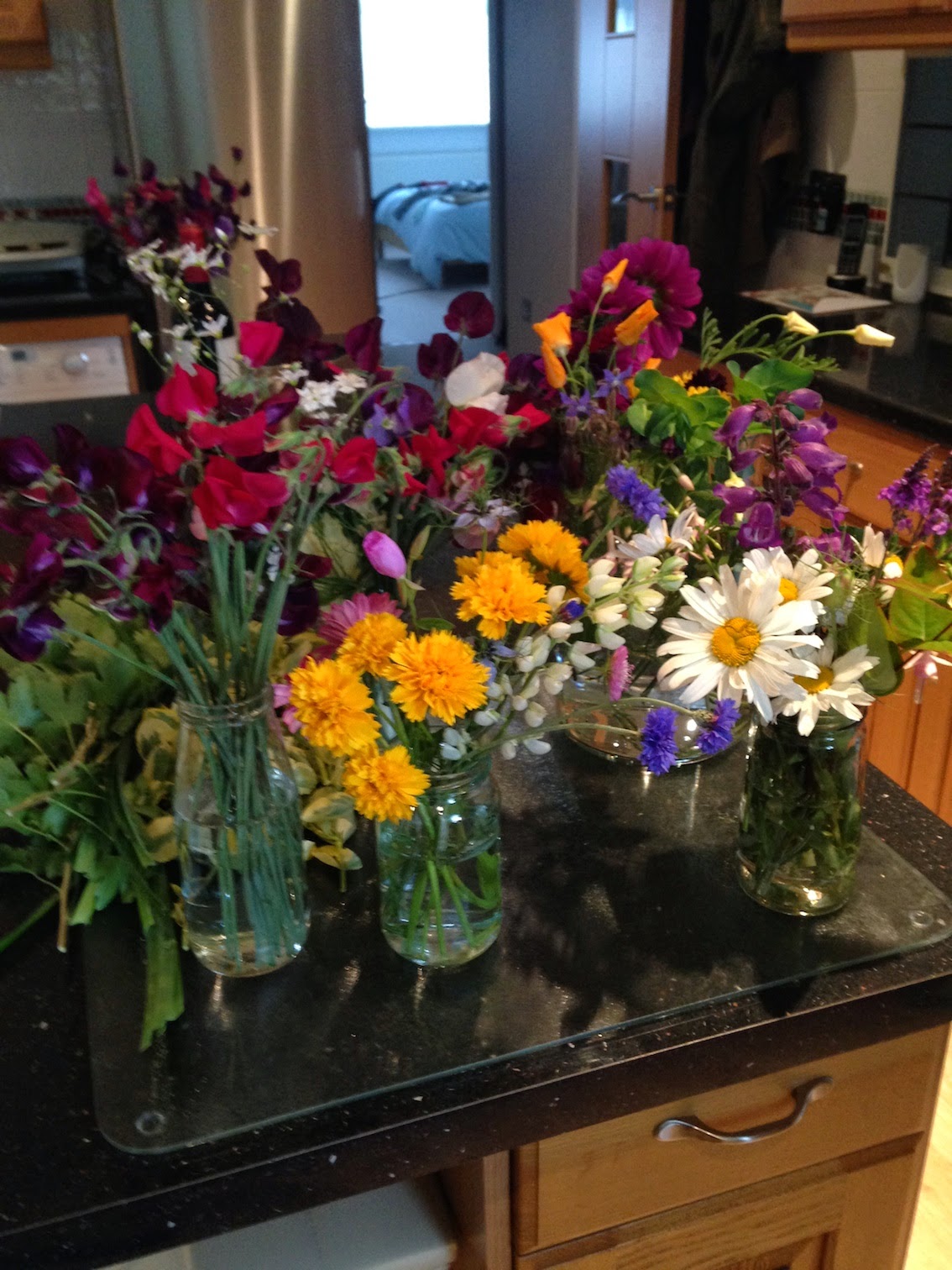 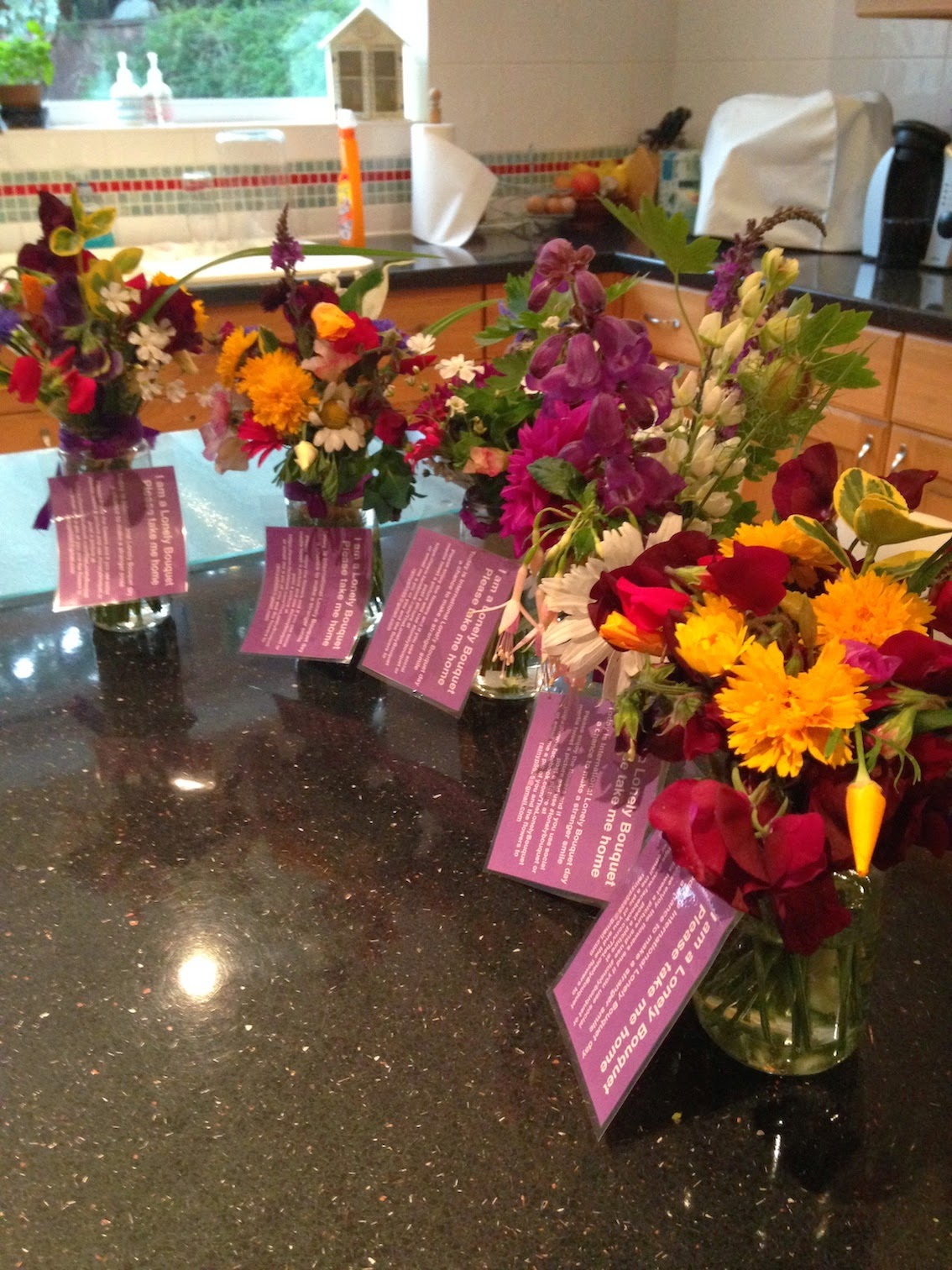 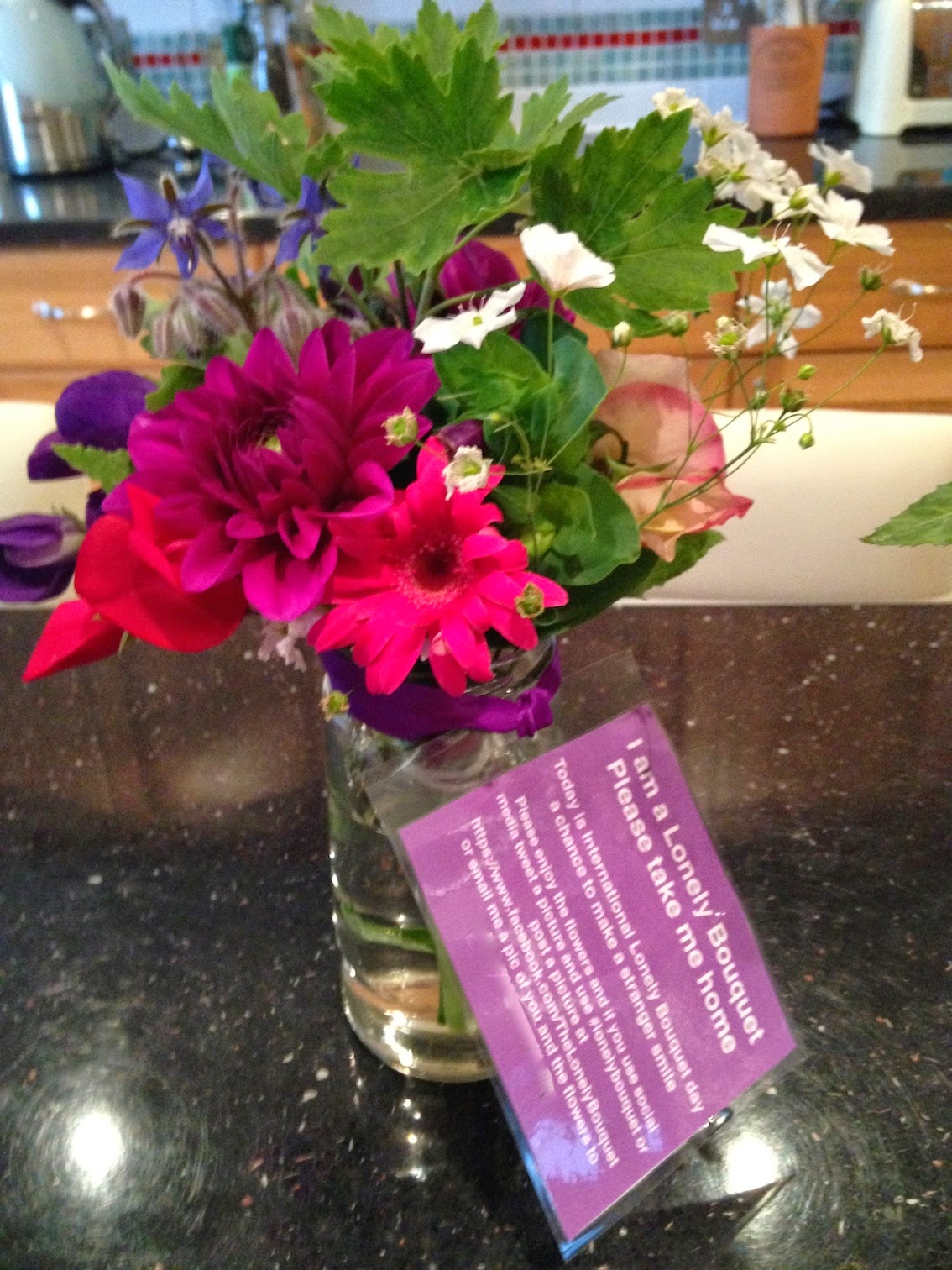 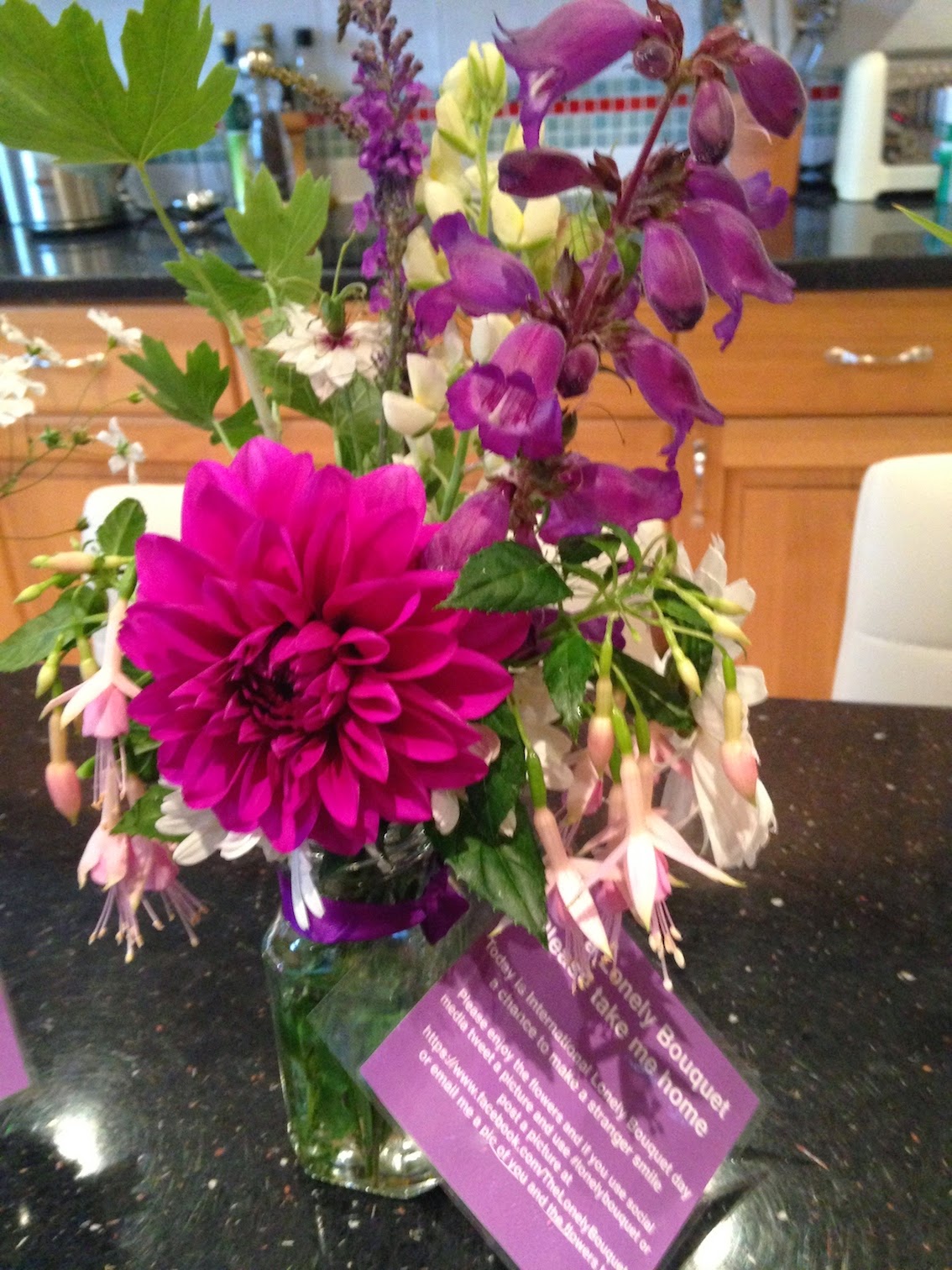 Then I drove around sunday morning and left them for people to find. I have no idea who found them as no one has been in touch, but I know that 5 houses around here have a beautiful little posy of flowers from my garden and someone else, is having the chance to enjoy them.
And finally. Last week was clean club night at our car club. Freda is not working at the moment so we couldn't take her, but we went along anyway. Here are a couple of the class winners from the evening,  they are beautiful machines I think you will agree
Have a great week.
We use cookies to improve user experience, remember your preferences, and analyze website traffic. By continuing to browse this website, you consent to our use of cookies as outlined in our Privacy Policy.