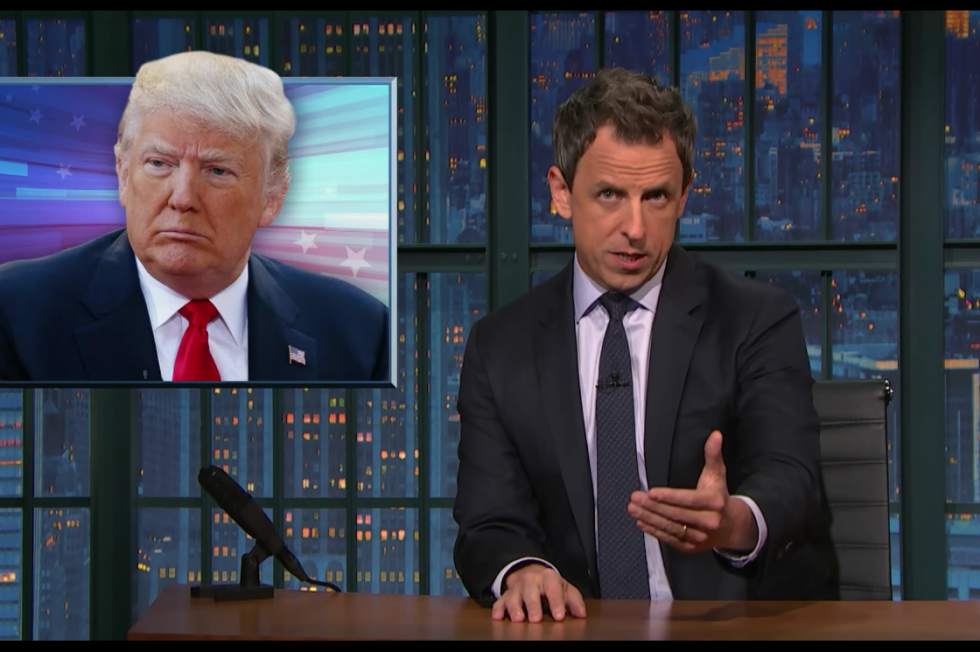 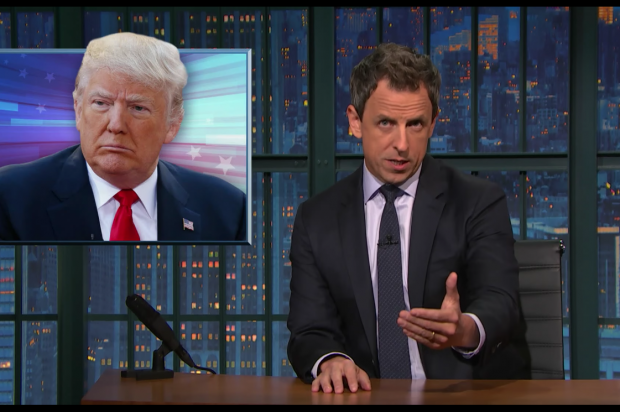 When the Obama administration announced Tuesday that premiums for healthcare would spike about 25 percent next year, Donald Trump and his surrogates should have seized the gift with tiny orange hands, but they didn’t.

Meyers host explained, that, for any normal Republican, the Obamacare announcement should have been “a political gift.”

Instead, Trump and his loyal sidekick, former Speaker of the House Newt Gingrich, focused on the issues that they’ve already beaten over the head: women, African Americans, and manipulating free media coverage to advertise Trump’s Florida resort.

Trump did say one thing about Obamacare on Tuesday. While plugging his new Florida resort, he expressed his dismay that so many of his resort employees were struggling with Obamacare. However, his employees are actually insured through him. In fact, the Trump resort’s general manager told the press that over 95 percent of Trump employees were ensured through the hotel.

Trump surrogate and former Speaker of the House Newt Gingrich also failed to bring up the premium increase in an interview with Fox News’ Megyn Kelly on Tuesday. Instead, Gingrich picked a fight with Kelly, saying she was “fascinated by sex.”

Meyers explained that the premium increases for Obamacare would affect citizens who received healthcare on the individual market — and not through their job or Medicare.

“There are lots of different ideas for improving healthcare in this country that we should have a serious debate about like letting more people enroll in Medicare or strengthening the individual mandate,” Meyers said, “But, unfortunately one presidential candidate is much less interested in having that discussion than he is in plugging his own businesses.”