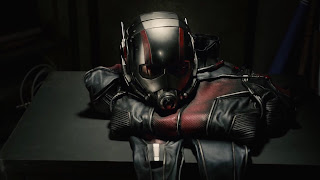 ARTH VADER (AV): As one of the founding members of the original Marvel Comics Avengers, Ant-Man’s been a big part of the Avengers since 1963. While being strangely absent from the Marvel Cinematic Universe (MCU), Hank Pym (aka Ant-Man, Giant Man, Goliath and Yellow Jacket) has been a key Avenger on Numerous occasions, though hardly a character on any comic fan’s ‘top five favorite heroes’ list. So it stands to reason that Ant-Man is only just now getting rolled into the MCU fold. The continuity is loose at best wouldn’t you say, Ponty?

THE PONTIFICATOR (TP): Well Vader, the Marvel Cinematic Universe continues to expand with it’s newest addition…Ant-Man. As usual the introduction is seamlessly done with the current continuity and incorporates elements from the past and present of the MCU. We left the books behind a long time ago. 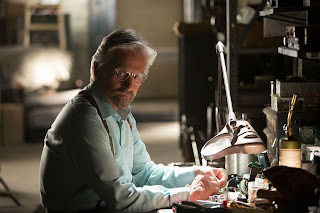 AV: A curiously delightful cast makes this film breath with a life of its own. Comedy front-man Paul “Ant-Man” Rudd is a solid choice for the Scott Lang role. Academy Award winner Michael Douglas appears as the MCU’s original Hank Pam, and one of my favorites of the film Michael “Fury” Pena brings the now expected Marvel brevity to the screen in a very unexpected way. Director Peyton “Bring It On” Reed made this a part hero, part heist, part world-building film for Marvel and it I would think was fairly successful. Pontificator, what did you think of this movie’s casting? 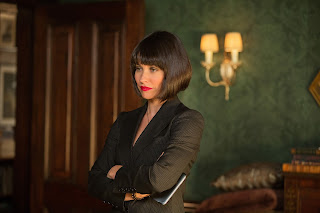 TP: This film was well cast and very well acted Vader. With Paul Rudd taking the helm, he actually held his position in the film and complimented veteran actor Michael Douglas (Hank Pym). With both actors elevating their roles, it was that much easier for Evangeline Lilly (Hope Van Dyne) to play the daughter/reluctant love interest roles. Corey Stoll was a great villain and unexpectedly so since he constantly plays the hero on television’s “The Strain.” Michael Pena was both brilliant and memorable and really put the icing on the cake of this film.
ON SPECIAL EFFECTS 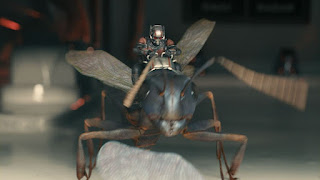 AV: As a Marvel movie, Ant-Man spared no expensive in making Ant-Man a delight to watch. Watching the Pym Particles in action was another movie milestone every comic nerd has longed for. As a kid reading about Ant-Man (and later Yellow Jacket) the eye-dizzying amazement that comes from watching Scott Lang run with a swarm of ants and then zip seamlessly back and forth from the little world to the big, was visual effects triumph that was so fluid, I couldn’t help but be awestruck over. Was it the same for you P-Man? 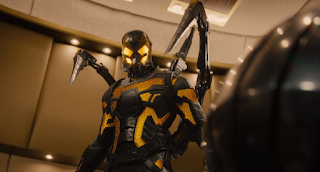 TP: IMAX 3D. There…said it Vader. The effects were stellar and expected to be so this late in the game when it comes to a Marvel film. Usually there is nothing new to discuss, but here we have effects that give us a new perspective for a Marvel film (although not new to films in general) and they are brilliantly done, especially using…IMAX 3D. There…said it again.
TAKING A CLOSER LOOK 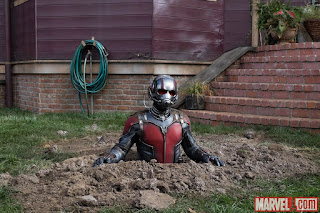 AV: Here’s the big news, Ant-Man is fun, a bit kooky, highly MCU connected and unexpected. Marvel took the same gamble with Ant-Man as it did a year ago with Guardians of the Galaxy. As the number one movie studio on Earth, Marvel can–and MUST–experiment outside the traditional hero formula. It’s how the genre matures, moves on and lasts. In all fairness, the movie is kind of a clown romp, Scott Lang is a buffoon, as are his comedy relief, Heist cronies. The film is silly an feels very rushed at the end with a VERY odd ‘world-within-worlds’ sequence that feels almost dreamlike. 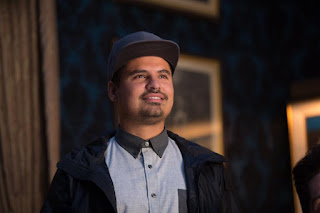 TP: I guess there were a lot of low expectations for this film and understandable so since the trailers really didn’t compliment the actual film. Fortunately the film greatly exceeded those expectations and was another “win” for Marvel Studios. Despite the gaping plot holes to how the Ant-Man technology worked (think size and unchanging mass) the film still sold itself, especially if you are not into doing hard science while watching it. I have also long since stopped caring that the MCU does not follow any book or story to the letter and am therefore pretty positive that the Red Queen will not be showing up anytime soon. The mix of drama (Scott Lang’s determination to be a father to his daughter), action, and comedy (both Rudd and Pena deliver here) was perfect for this film and gave it it’s own flavor within the greater MCU. 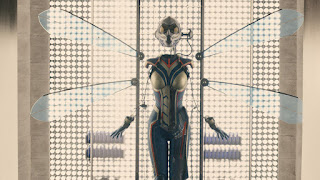 AV: This is a tough one to call of ram, Ponty. Ant-Man is good, make no mistake, its fun and is a great Marvel movie follow-up to the intensity of The Avengers: Age of Ultron. We are given all kinds of hints at the potential for more tiny Avengers, aka The Wasp (played by Evangeline Lily), but while this films performed at a solid $375 million (better than each of the Thor films, BTW) I wonder how vested audiences would be in an Ant-Man sequel. That remains to be seen (likely with a microscope).

TP: Of course we will see Ant-Man again in his own film (Marvel said so in this one) and we will of course see him in the greater MCU as we continue the journey in Captain America: Civil War. 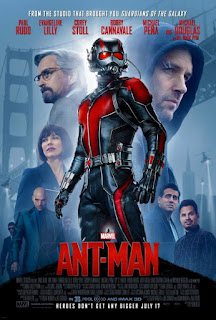 ARTH VADER rates Marvel’s Ant-Man: The magic of the MCU is alive and well and live large (ahem) in Ant-Man. A light-hearted, slightly forgettable film that has some strong ties to future MCU events (can anyone say “Captain America: Winter Soldier?”). The ‘fight’ between The Falcon (Anthony Mackie) and Ant-Man is onscreen gold. While not without it’s small (sorry) shortcomings, I think Ant-Man was a big hit. That’s why Ant-Man swat’s eight (8) Busted Blocks.

THE PONTIFICATOR rates Ant-Man:  This film was better than I expected and really delivered something different from other MCU films, but still upheld the quality expected from Marvel Studios. With the perfect blend of drama, action and comedy, Ant-Man easily shrunk eight (8) busted blocks on it’s way to saving the world from nefarious machinations.