So what does Trump mean for new health tech? 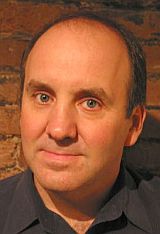 I’m a pundit who like everyone else was surprised by Trump’s victory in the (profoundly undemocratic and hopefully-to-be-abolished-soon) electoral college, and everything I say here is prefaced by the fact that there was very little discussion of healthcare specifics by Trump. So there’s no certainty about what will happen–to state the obvious about his administration!

What we do know is that Trump said he’d repeal & replace the ACA and the House has voted to repeal it many times (but the Senate has only once & Obama has always vetoed that repeal). A full and formal repeal requires 60 votes in the Senate which it won’t get with the Democrats holding 48. Note that the Democrats needed 60 votes to to forestall a Republican filibuster in order to pass the ACA in 2010. That 60 vote total is a very rare state of events which existed for only only one year–from Jan 2009 until Scott Brown won Ted Kennedy’s old seat in Jan 2010 and one we likely won’t see again for many years.

But this doesn’t does not mean things will continue as usual for two reasons. Congress can change the budget with the Republican 52 seat Senate majority, and the Administration can change regulations and stop enforcing them. So we have to assume that the new Administration and its allies(?) on the Hill will roll back the expansion of Medicaid which was responsible for most of the reduction in the uninsured (even if it didn’t happen in every state). They’ll also reduce or eliminate the subsidies which enable about 10m people to buy insurance using the exchanges. Both of those were in the repeal bill Obama vetoed, although in the bill the process was delayed for 2 years.

This of course may not happen or may be replaced by something equivalent because many of the people who voted for Trump (the rural, white, lower-income voters) fall into the category of those helped by the law, and in a few of his remarks he’s also said that he’ll be taking care of them. Even this week Senator Wicker (R-Mississippi) said that they weren’t going to take away 20 million people’s insurance. In Kentucky which went from a Democratic to Republican governor 2 years ago, the new administration ended their local exchange (from 2017), but in fact not much consequential happened as people were sent to the Federal exchange. If there are changes to the exchanges and the individual mandate or they’re both abolished, there’ll be lots of commotion but it won’t be completely system changing.

My day job at Health 2.0 involves running a conference and innovation program based on a community of companies using SMAC technologies to change health care services and delivery–either by starting new types of health care services or selling those technologies to the current incumbents. So I’m acutely interested in what happens next, albeit somewhat biased about my preferences!

Overall I think that (unlike many other areas of American life) health care technology won’t be that greatly affected.

There are a few reasons for this. First, the insurance part of ACA only covers 20 million of the 325 million Americans (fewer than 10%). The vast majority of the rest get their insurance from an employer and the rest get it from Medicare (over 65) or Medicaid (low income). There may well be changes to those programs but they’re not going away. What we will see is the continuation of a market trend that the ACA actually turbocharged, which is the transition to high-deductible insurance plans, meaning more people are responsible for spending more of their income directly on their health care. That will result in an even more market/cash-driven system for the vast majority of households who spend less than $10,000 a year on care. This will increase the already growing the trend towards using technology for things like remote doctor visits, new types of care delivery organizations (retail clinics, second opinions online, direct primary care), transparency tools around pricing, and remote diagnosis tools. I expect to see a continued uptake of those types of tools and services.

Second, the big fillip the ACA gave the health technology sector in recent years was in two parts. One was actually not part of the ACA but was the $32 billion in government subsidies in the 2009 Recovery Act paid out to doctors to install EMRs. That money is already spent and again most health systems are looking for the next thing. The “next thing” is technologies to overlay those EMRs, in particular to deal with their recent integration of inpatient and outpatient services created in part due to their growing need to manage “population health” (sorry, there’s no better phrase for that yet!).

The second booster part (which was in the ACA) was the change in how Medicare pays doctors and hospitals–usually tagged in powerpoint as “from fee to service to fee for value.” That transition is being followed by nearly all private insurers and employers who buy care directly for their employees. When they hear the term “Obamacare” I doubt many red-meat-eating frothing-at-the-mouth Trump fans are much concerned about (or understand) that transition.

What’s more, almost all of those new initiatives in how Medicare will pay (bundled payments, ACOs, alternate payment models et al) have been codified and regulated in the MACRA legislation which was passed last year with bipartisan support by the Republican Congress and signed by Obama. It’s hard to see a lot of change happening to that legislation or indeed much appetite to go back and revisit it. There is lots of complexity in this overall payment transition which includes huge opportunities for tech companies because there are still lots of needs for providers. In particular everyone is going to be focusing on health outcomes for patients, and both the changes required to make those improvements (like remote tracking & telehealth) and the analytics required to measure it will require technology.

Thirdly, insofar as we can see a clear agenda for Trump, job creation will be one of the highest priorities. When he looks at the electoral map and overlays his support base with the number of jobs in rural hospitals across America (jobs that have increased in recent years) it’s going to be very hard for him and the Republicans to allow the cost-cutting implicit in the ACA repeal that the stock market is expecting–even though fear of that cost-cutting has been reflected in the extremely rough week for-profit hospital stocks have had! 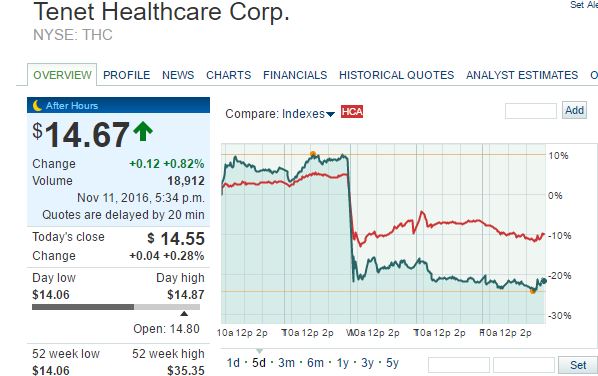 On the other hand, while the health technology sector isn’t a huge jobs engine, it is one that provides decent jobs and many of them are away from the coasts and are connected to hospitals–which again are hard to export. No question that we are seeing many cities and states coming to Health 2.0 trying to attract companies to fuel job growth (yes, we help with that too!), so again it’s hard to imagine a big shift away from improving the use of technology as a means to improve health care.

In summary, there’s relatively little in the world of health technology that affects or is affected any likely changes to the ACA. But the overall system change impacted by technology and the need to combat cost increase will continue. I’m relatively comfortable that the day jobs for people in the health tech community are safe.

I just wish I could say the same for the rest of American society and the world.