Some #HalosFun &amp; A Visit to Friendly Neighborhood Comics 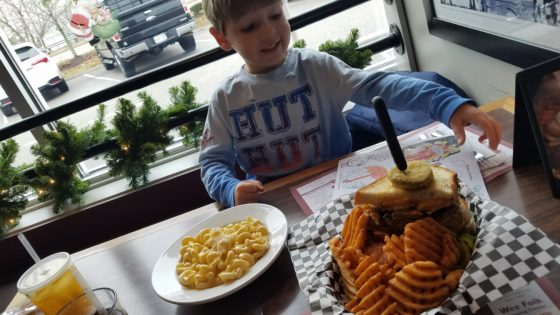 Andrew and I went to Bellingham today to meet fellow Youtuber Midnight Owl to give her some books for The Haunted Mansion as well as a set of Nightmare Before Christmas Tsum Tsums.

While we were there we went into Friendly Neighborhood Comics. Andrew convinced me, with no prompting whatsoever, to buy a couple of Funko Pops. I got white Canary and The Atom from DC’s Legends of Tomorrow.

When we came home Halos sent me a box of #HalosFun. I am partnering with #HalosFun to spread Pure Goodness. The Fun Pack had coupons and more to enjoy the fun of Halos. I’ll be doing some more posts and activities with Halos soon, so be on the lookout.

Tonight, Allison and I went into Boston for an overdue night out together. We went to see the movie, A Monster Calls, as part of a sneak preview screening. The movie arrives in select theaters on December 23rd and then nationwide on January 6. Here is the description of the movie.

A visually spectacular and unabashedly emotional drama from director J.A. Bayona (“The Impossible”). 12-year-old Conor (Lewis MacDougall) is dealing with far more than other boys his age. His beloved and devoted mother (Felicity Jones) is ill. He has little in common with his imperious grandmother (Sigourney Weaver). His father (Toby Kebbell) has resettled thousands of miles away. But Conor finds a most unlikely ally when the Monster (portrayed by Liam Neeson in performance-capture and voiceover) appears at his bedroom window one night. Ancient, wild, and relentless, the Monster guides Conor on a journey of courage, faith, and truth that powerfully fuses imagination and reality.

The movie was very well done, the artwork was incredible. I enjoyed it. It was beautifully done and had an interesting story. You can learn more about it on the social channels for the movie and also through the trailer below.