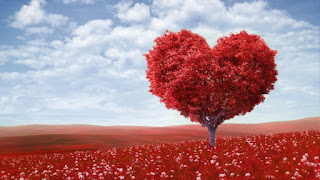 Yesterday, I went to public library to vote. In voting room I saw a teenager working there who looked familiar. So I asked her:"Do I know you somewhere?" "Maybe", she said, with a voice of boy. Instantly I realized her face looked identical to a student I taught long time ago, so I gave her a hint:"I teach art." "I was in your art classes." "R****!" I called out her name, though with low voice. She gently nodded.

I found, not only her hair was short, her voice was also totally changed. So I thought that she must be going through sex change. However, after we talked a little, I hurried to finish my voting business, then said goodbye to her.

On the way back I talked about this with my girlfriend, who was driving. She said I might be a little imprudent by mentioning HIS previous name, because he might not want to people know about it. I agreed. I also thought, after all these years, he was still a teenager, going through sex change he must suffer both physically and mentally, and my reaction of meeting him seemed a bit "cold". So I told my girlfriend that I wanted go back to give him a hug. Instantly, she turned the wheel around.

Back in voting room I walked directly to him and said:"I came back because I owe you a hug." He broke into a wholehearted smiled and we hugged, during which I told him that I was proud of him. Then we exchanged some more words and I said goodbye again.

Long time ago I read Ellen Degeneres' mother's biography Love, Ellen, in which she wrote about the moment when Ellen confessed to her about her lesbian secret. Her reaction was giving her daughter a hug, because what jumped in her mind first, was that her daughter had been suffering. I could never forget this detail of the book, because it made such a striking contrast with many of those parents who ditched their gay children.

I do not have children, but I am proud of what I did yesterday.