Talcher Fertilizer will be functional by 2018, government announced 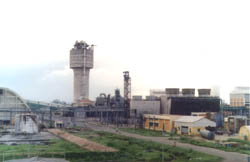 The Union Government has announced to produce Urea from Talcher Fertilizer by using coal gassification technology from 2018. Once operation is resumed, the plant will annually produce 13 lakh tonne of urea per annum. Government plans to laid foundation stone in November this year.

Union Petroleum Minister Dharmendra Pradhan has informed that Urea produced by this coal gassification technology will cost Rs 2 to 3 thousand less per tonne and farmers will get the benefit from this.

If we look back to Talcher Fertilizer (Odissa), it started urea production in 1980 with the capacity of 1500 tpd Urea and 900 tpd Ammonia. At that time the company had 1400 permanent employees and 3000 casual workers.

The company declared sick in 1991 by the government and sent it to the Board of Financial and Industrial Reconstruction (BIFR) for making a survival program. Though production continued till 1999, when the NDA government ordered to stop manufacturing urea from the plant. As a result, about 1200 employees were given voluntary retirement from the plant in 2002.

Stay tuned to the "Fertilizer News" for more news on Fertilizer sector.