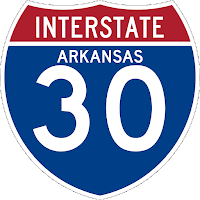 Joseph obeyed God’s command to take Mary as his wife.

Look with me at Matthew 1:24, “When Joseph woke up, he did what the angel of the Lord had commanded him and took Mary home as his wife.”

Doing what God had asked Joseph to do was a little risky for a Jewish male in Biblical Times. During that time period, a marital engagement was a solemn contract between two individuals and to a greater extent, between two families. The engagement lasted for at least a year before the couple was actually married. That commitment was taken very seriously by the Jews. Joseph knew that he had been faithful to his part of the engagement agreement. He had experienced no sexual union with Mary or any other women. However, much to his dismay, Mary is found to be with child. Joseph would have been well within his legal rights to demand that Mary be treated as an adulteress. However, Joseph proved himself to be responsive to the voice of God and obeyed God’s command to take Mary as his wife.

THIS IS IMPORTANT AND OFTEN OVERLOOKED!

The Law prohibited Joseph from taking Mary as his wife under the circumstances lined out for us in our text, but Joseph married her anyway risking his own life. Joseph risked much and readily obeyed! At the end of the day, when all of the dust had settled, do you know why Joseph knew that he could readily obey in spite of the risk? Because somewhere along the journey, Joseph had been taught that God was taller than the trials of life and that God could be trusted.

Do those who come behind you know that God can be trusted?

Look at what David says about God in Psalm 145:3-6, “Great is the Lord and most worthy of praise; His greatness no one can fathom. One generation will commend your works to another; they will tell of your mighty acts. They will speak of the glorious splendor of your majesty, and I will meditate on your wonderful works. They will tell of the power of your awesome works, and I will proclaim your great deeds.”

Without God’s power, we might as well just forget about it, but with God’s muscle, all things are possible … and … not only is God powerful, but He takes pleasure in helping His people with their problems!

NO MATTER WHAT IS GOING ON IN YOUR LIFE, NOW IS NOT THE TIME TO GIVE UP!

Now, let us tie this in with Joseph.

Joseph was taught that God was taller than the trials of this life. Joseph was taught that God could be trusted. Joseph was taught that God loves to throw His weight around on behalf of those who call Him Father. How was Joseph taught those things? Well, I believe much of his development as a man came from the words that he heard his elders speak. According to Psalm 145, we as moms, dads, grandmas, pops, aunties and unc uncs are obligated to pass along what we know about God’s Power to the next generation so that they will know without a shadow of a doubt that they can obey God as well even when there is a risk involved. We must tell those who are younger about God’s works and His mighty deeds. Adults, we are to praise God in front of our heritage and in front of those who are younger and remind them of the ways that we have seen God’s Power at work in the past.