blogcatalog
I have a confession to make, I actually like watching kids shows on tv. Yep, I'm one of those mums who automatically sings along to all the theme songs when the shows come on. Which is probably a good thing because I've caught myself watching ABC Kids more than a few times when bub's not even next to me. Everyone's done that, right? I can't help it, I {not so} secretly love cartoons. I'm also loving that a lot of the old shows from my own childhood are back again now, it's so much fun reliving them with bub. I still remember the joy I felt watching them the first time around and now I get to see her face light up the same way.
One of her favourite shows as the moment is the Teletubbies. The Teletubbies first aired in 1997 and recently returned to our screens after a hiatus from 2002. The show follows the adventures of Tinky Winky, Dipsy, Laa-Laa and Po, four lovable pre-school characters who each have touchscreen bellies and different shaped antennas on their heads. The Teletubbies communicate non verbally or through babbling much the same as toddlers. Bub is captivated by the show because of the bright colours, relatable characters and everyday adventures that they go on in each episode. I remember my favourite was always the purple Teletubbie {who I thought was Po, but is actually Tinky Winky, whoops}, but bub has a huge soft spot for Laa-Laa. 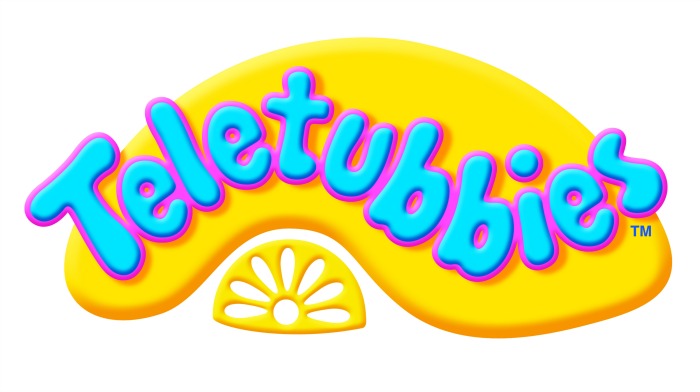 These days there's so much merchandise that goes hand in hand with popular kids tv shows. There's a plethora of characters, games and toys that can be purchased so children can recreate their favourite shows at home through creative play. Other parents may argue that everything is being over commercialised, but I happen to love that these items allow kids to bring their favourite characters to life and extend on the show story-lines through their own imaginary play. Since the Teletubbies have marched back onto our tv screens recently they're now also a firm fixture in many toy shops. There's a huge range of Teletubbies merchandise available including plush toys, figurines, play sets, and our favourite Lullaby Laa-Laa. 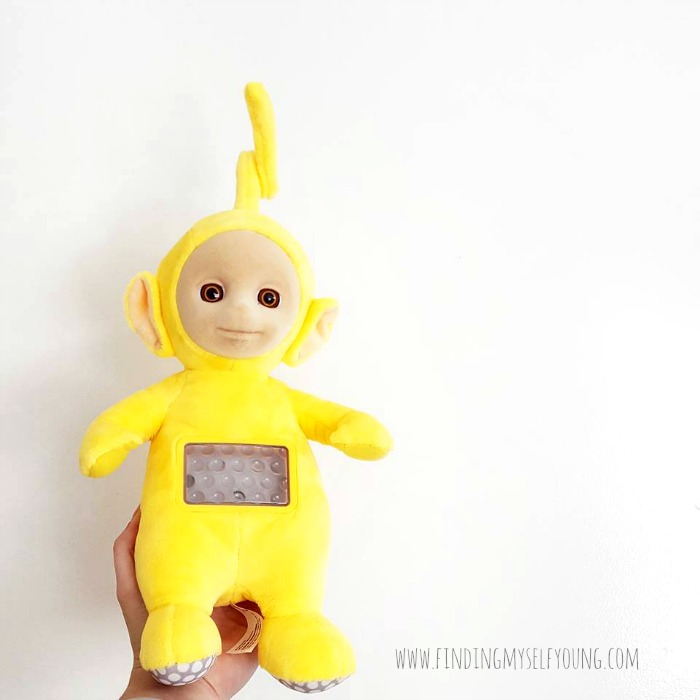 Lullaby Laa-Laa has been living with us for a couple of weeks now and she's quickly become bub's favourite bed time friend. Bub has never really had a comforter or favourite toy that she takes everywhere, but Laa-Laa has quickly become a much needed bedtime buddy and she won't go to bed without her. I've enforced a rule that she isn't allowed out of the bedroom though, mainly to make sure she stays clean and also to ensure she never gets lost, because I don't even want to imagine the meltdown that would ensue if she ever goes missing. Thankfully for now she's abiding by my rule and Laa-Laa happily resides in bub's bed day and night.
Lullaby Laa-Laa isn't your average stuffed toy either, she's a combination of plush toy, musical toy and night light. When her tummy is pressed she comes to life playing twinkle, twinkle little star alongside a colourful light show that shines from her belly. Although bub already has her ice-cream night light beside her bed, she loves watching the colourful light show twinkle across the ceiling. Most nights she watches it continuously for about 10 minutes as she's falling asleep cuddling Laa-Laa. 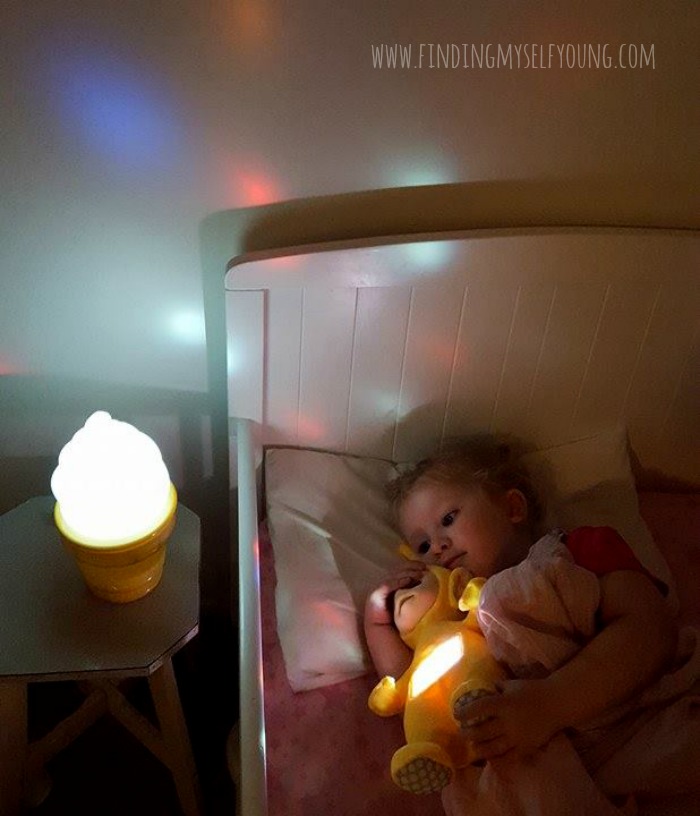 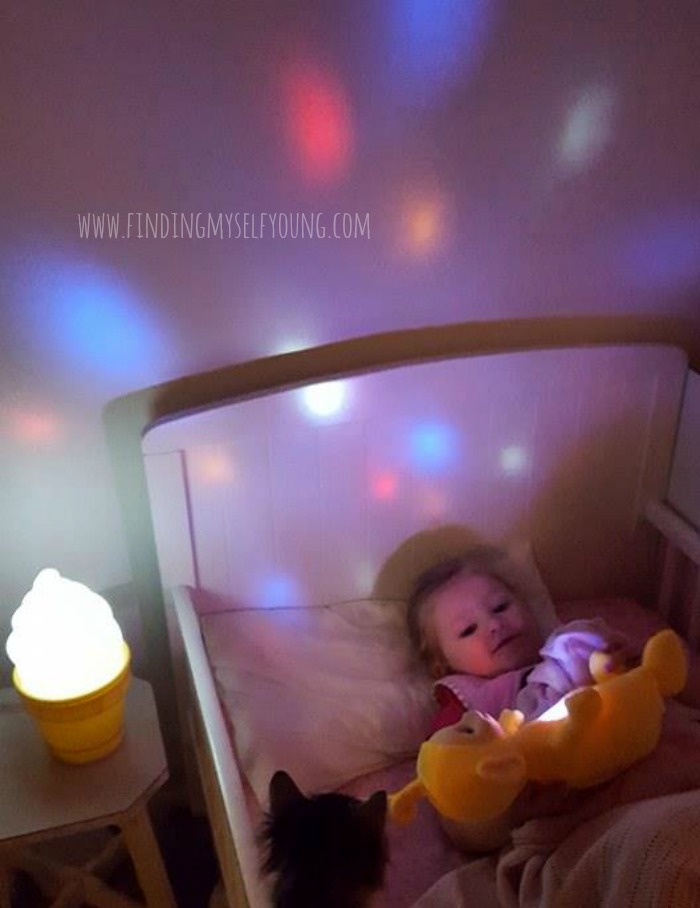 We're still using Lullaby Laa-Laa on the try me setting so she plays the song and lights up when bub presses her, but she can also be set to other functions. The song can be set to play for 5, 10 or 15 minutes or there's also a night light only mode which fades away over time. For now bub's loving being able to press the song on whenever she wants and surprisingly enough she doesn't do it to the point that it's annoying so we haven't changed the settings yet.

Lullaby Laa-Laa would make a great Christmas or birthday gift for little Teletubbie fans {she was actually on my Christmas list for bub before we got the opportunity to do this review}. She's available from Big W, Myer, Target, Kmart, Kid Stuff, Toyworld and Mr Toys. For any customer enquiries or more stockist information please email customerservice@bigballoon.com.au.

Did/does your child have a favourite toy or night light?

Disclosure - I was gifted a Musical Lullaby Laa-Laa for the purpose of review. All opinions expressed are my own based on our experience with the product. I did not receive payment for this review.