Last night we caught the final performance of Guillem Clua’s Skin in Flames at the Park Theatre in Finsbury Park. We sat in the smaller Park 90, an intimate setting with seats on three sides of a tiny stage. On the stage, two parallel stories play out in a hotel room in a post-conflict society.

In the first, a local reporter interviews a foreign photojournalist who is in the country to receive a peace award. Twenty years earlier, in the depths of the conflict, he took the photo that would launch his career. It is of a young schoolgirl flying through the air after a bomb explosion, her body engulfed in flames. Photojournalist Frederick Salomon (Almiro Andrade) never did find out the girl’s name but then again, neither did he stop to find out whether she had lived or not. As the conversation continues, the audience gets the unsettling feeling that reporter Hanna (Bea Segura) knows more about the incident than was reported in the papers.

In the next room, a young mother meets with a UN doctor to enquire about the health of her child. With her child desperately ill and in need of medication, it emerges that the mother has been trading sexual favours with Dr Brown (David Lee-Jones) for months to secure the necessary medication for her child. Not happy with with how the events of the day have played out, the doctor steps up his manipulation of Ida (Laya Martí) and subjects her to the ultimate betrayal.

Skin in Flames is harrowing yet excellent. Catalan playwright Guillem Clua wrote the play La Pell en Flames in 2004 and the English version of the play has been performed across America before making its UK première during this run at the Park Theatre. The most notable achievement of the play is Clua’s use of one physical space to bring together several overlapping stories. Ultimately we learn that it is just one one story that began during the bloody conflict twenty years earlier and continues to this day. 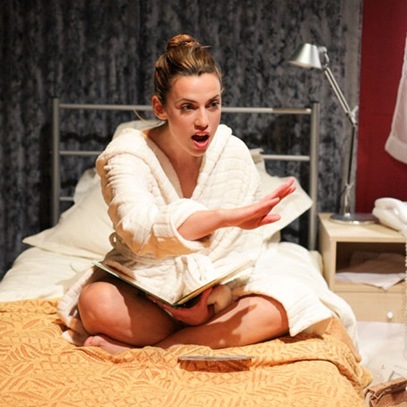 The cast of Skin in Flames was superb. It was quite something to watch four people occupying the same small space, telling two, three stories at once and somehow managing to deliver one powerful, coherent message.  Spanish actress Laya Martí was superb as Ida and her reading of the child’s tale of the pig and the snake will haunt me for some time (as will the unspeakable horrors which happen on and off the stage). Likewise, David Lee-Jones was so convincing in his portrayal of the manipulative doctor that I felt quite physically revolted at times and could not bear to look at him. 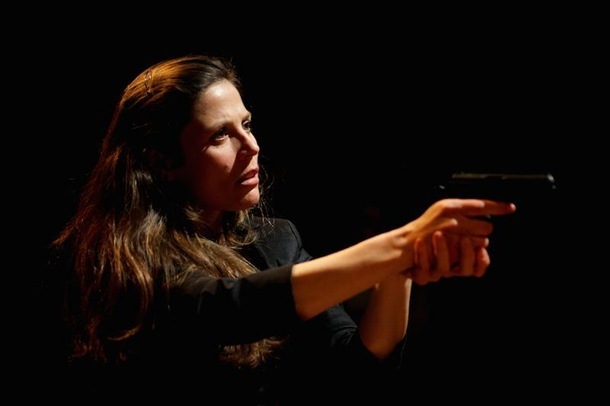 It was fellow Spaniard Bea Segura that held the cast together in her role as Hanna, taking the story deeper and deeper into the murky past of the country’s civil war and the terrible events of that day. Finally, Almiro Andrade was utterly convincing in his role as Frederick Salomon, a sad figure who has made a living out of telling himself he did enough that day, he told the world what happened and that was enough. 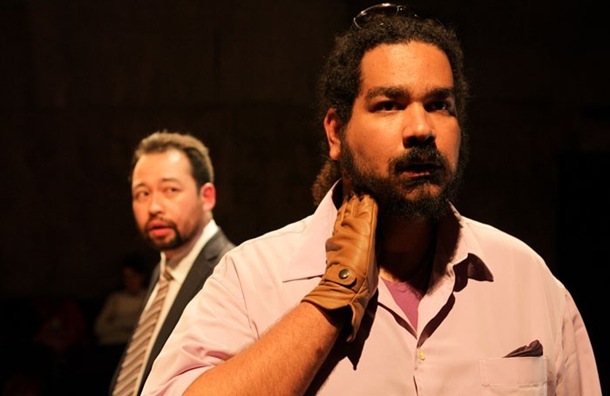 I’m almost sad that I only saw this play on the last night. My friend Liz was so impressed with it that she came to see it again with us last night and I can see that I might have been tempted to see it again too. You can read Liz’s review at London Theatre 1. I would highly recommend that you see the play if ever it is on at a theatre near you.