Things I’ve learned in my Thirties

blogcatalog
I am now closer to my forties than what I am to my twenties.  It is kind of depressing because I still don’t always feel or act like an adult or act my age for that matter.  In just a few years I will be forty and be expected to have gotten my shit together.  To a certain degree I am ready for it but mostly it terrifies me.  Fortysomething has always seemed so old to me especially when I was in my twenties.  But now that I am almost there myself it doesn’t seem that old anymore.  Funny how life works, isn’t it? 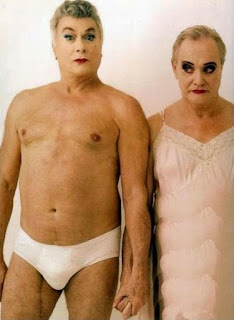 In the last few years of my thirties I have come to realize what an idiot I was in my twenties.  The things a twenty year old worries about are so frivolous, yet at the time these things seem so important.  There are a couple of things that I know now which I wish I had known in my twenties.  For instance, don’t worry about what people think of you.  It is exhausting and a total waste of time.  Conforming to what is expected of you slowly massacres your soul.  It’s like trying to fit into a pair of jeans that is two sizes too small for you.  Not only is it uncomfortable for you but everyone else will notice that you got fat.
In my thirties I have also come to accept that deep down I am a very neurotic person.  Instead of seeing this as a negative thing and hiding it from the world, I decided to embrace it.  After all that is a part of who I am.  I have realized and accepted that I have flaws and that it is ok.  Nobody is perfect and perfection is fundamentally boring and most certainly unattainable.  Whenever I doubt this I just remind myself that even the people who I may have thought were perfect have also had, at one time or another, raging diarrhea.  This has always made me feel better.
I wish I enjoyed being young more, having had a great metabolism and being able to eat whatever I wanted.  After I turned thirty everything went to hell:  Things started to sag, got flabby and I realized that the saying “a moment on the lips, a lifetime on the hips” is totally fucking true.  My thirties was also the first time in my life that I actually tried diets.  They all failed because I am a non-conformist and measuring food just seems like too much work.  Naturally, I developed body image issues as well and a strong aversion towards scales.  I also came to realize that mirrors in changing rooms are designed to shame you from all angles in the most unflattering of lighting. It's like they want you to feel bad about your body. Sadistic bastards!

I had body image issues until I finally realized and made peace with that we cannot all look like Greek Gods and that is ok as well - the world can do with more chubby people.  We stand a much better chance to survive a famine than skinny people.  That being said, it is important to accept yourself just the way you are (I once read that in a self-help book.  It sounds like bullshit but it is totally true).
In my thirties I learned not to prophesize about the future.  Shit happens and not always the way you planned it.  In my twenties I never wanted children.  Children scared me and I thought they were annoying.  I thought all babies were ugly and I considered people who brought their little brats to restaurants as just plain inconsiderate.  Well, today I am a parent and one of “those people”.  I now also bring my child to restaurants and on planes.  It’s not like I am being discourteous, it’s because I don’t have a bloody choice.  It’s not like I can leave my two year old at home alone.  Duh!  Or that there are nannies sitting next to their phones just waiting for my call and are willing to work for free.  Don’t be an asshole.  Some of us love our children, love their company and love taking them to places.  Get over it.
The one thing I did right in my twenties, that I have never regretted, was meeting my husband.  We were so young when we first started dating and this year will be our eighteen year anniversary.  However, one thing my twenty year old self did not know, at the time, was that making a relationship work takes a lot of work.  I will not lie and say that it has been sunshine and roses all these eighteen years, because it was not.  That shit only happens in fairy tales and movies.  When you meet “the one” you must be willing to suck it up through the tough times in order to reap the rewards during the good times.
In my thirties I have come to realize that marital spats become less of a “who will win the fight” and more of a negotiation.  You learn to pick your battles.  Neither one of us are screamers and we tend to resolve our differences in a more mature manner – through passive aggression, as it should be.  We would do this until the other one eventually catches the hint and asks “what is bothering you?” and then we will have a discussion.  However, sometimes the issues are more complex than just the habitual non-compliance with filling empty ice trays or the inability to close drawers.  For instance, when it comes to religion we differ fundamentally and eventually agreed to disagree.  Also, my views on religion are the correct ones and hubby's views are wrong.  Just saying.
Lastly, in my thirties I have come to realize what is truly important in life.  I am sure this will mature even more as I grow older.  I no longer have time to indulge in bullshit if it interferes with my happiness and/or that of my husband and my son.  I have learned that being happy is a choice.  If you allow negative people into your life and invite them to stay or dwell in the past you erode away your own joy.  Sometimes you just need to move on and not look back.  Sometimes all you need to do is focus on your priorities and your future.  In my twenties I was incapable of doing this and I wish I had this realization sooner.  I am now closer to forty than what I am to twenty.  And thank god I am.
Until next time.
We use cookies to improve user experience, remember your preferences, and analyze website traffic. By continuing to browse this website, you consent to our use of cookies as outlined in our Privacy Policy.