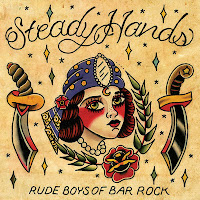 This week breaks with a nod to 2016 releases, leading off with the retrospective Rude Boys of Bar Rock LP by Steady Hands. The 20-track album pays homage to the band's previous contributions.

The first gem, of course, is "Under The Rug," a punk-laced folk rocker that feels like the single Steady Hands has been working toward all along. After that, everything beyond the first track proves what began as a side project of Sean Huber (Modern Baseball) now has a timeless quality like the singer-songwriters that inspired him. LHRS: 5.8 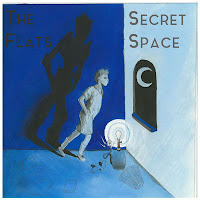 The Flats Ohio-based addiction to chaos still resonates with the dream-pop hit "Machinery," as the alternate indie-pop band braces for another EP due out today. Auburn In The Everlast rolled out three new singles and videos over three days before today's release.

The first of the three, "Unviable In Your World", is an up tempo gentle alternative pop ballad about shadows left behind — good, bad, and indifferent silhouettes when everything is over. "If this is war, we are all unviable and you are flawless," sings Chris Kerekes (brother of Citizen singer Mat Kerekes). LHRS: 3.9

On Apple: The Flats - Machinery

On Amazon: The Flats - Machinery 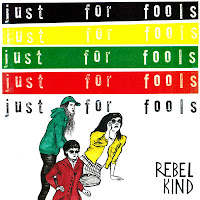 The reunion of singer-songwriter Autumn Wetli with rhythm section Shelley Salant and Amber Fellows revives Rebel Kind's stripped-back meanderings of discontentment, paranoia, and hazy confidence. Some attempt to channel Crow and Phair for flair— is infectious, even if the lyrics never reach the same complexity.

Where it works at getting under the skin is in its fuzzy punk poppiness. The undertones of  UK’s Dolly Mixture and New Zealand label Flying Nun are a nice touch. No track disappoints, even if "Billy Broke His Mind," "At The Party," and "Kiss You" are the big crowd pleasers. LHRS: 6.1 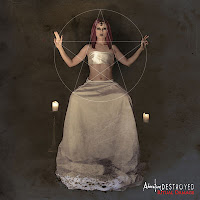 For something harder, it is impossible not to give a nod to Austin-based Ritual Damage. Adoration Destroyed is a solid industrial alternative rock outing with "In Elegant Decay"serving itself up as an excellent introduction to the 13-track debut. The band calls them raw, visceral chronicles.

"Count Torn Apart," "Voices Carry," and "Here To Bleed" are your first pick listens for a cross section of the dark pop ambience and industrial electronic. It is a sound that the band has been chasing for years. There isn't any question Erik Gustafson (vocals, synth), Jon Gilyeat (bass), and Elrik Ashe (live drums) caught it. LHRS: 7.0

Those albums round out our top four out the door for the first week in January as a warmup for what promises to be a great year for music ahead. Most weeks we'll feature three new albums and one throwback to last year or earlier and drop in a few mentions along the way. Enjoy the exploration.