blogcatalog
George Clooney leads audiences on a lackluster trip to a dismal future in Disney’s Tomorrowland.
ON CONTINUITY 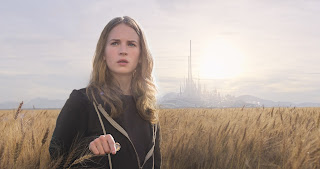 ARTH VADER (AV): Inspired by the famed Disneyland ride/attraction of the same name, Tomorrowland focuses on a dream–inspired future-topia where people are whisked away, to enjoy all the comforts of a technological paradise where they even get to fly around on personal jet packs. While many of those concepts are derived from the Disney themed ride, the movie attempts to foreshadow a pretty terrific future wouldn't you say Pontificator? 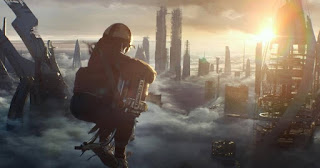 THE PONTIFICATOR (TP): Dunno about that Vader. Seemingly an original story wherein a boy-genius all grown up and a scientifically savvy youth must team up to solve the mystery of Tomorrowland, and save the world. Original…except for the recurring theme of the world being saved (once again) by a gifted child (sigh). 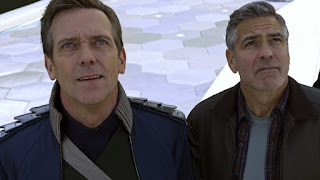 AV: George “Gravity” Clooney heads up a pretty ho-hum cast that includes Hugh “House” Laurie and well. honestly it doesn’t matter. Sure, the cast was fine. But ex-Power Ranger Britt Robinson spends so time screaming at 'things that shouldn't be', her character quickly became annoying. The grizzled Clooney is a bit too young to pull off the grumpy old professor thing as he attempts to mentor a gifted young girl through her mundane life. The direction by famed family film director, Brad Bird (The Incredibles, Up, Ratatouille) was competent but also transparent. Pontificator, the acting was near appalling but I did manage to sit all the way through it and trust me, that was no easy task. 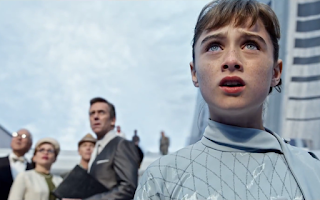 TP: I thought the cast was great and the actors presented their characters marvelously…for their target audience. I’m not a huge George Clooney fan, but he didn’t detract from the film. Britt Robertson didn’t get annoying for me and I enjoyed her scenes with Raffey Cassidy. Hugh Laurie made an interesting villain although it’s just hard to see him and not think “House.” The film moved along at a steady pace which helped it since the story was just “meh.” 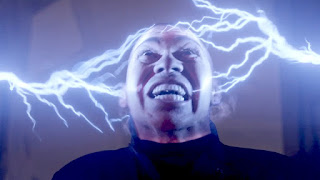 AV: The visual effects were ok. While breaking no new ground, the effects attempted to do more than they should have. A time-stopping freeze gun is a great idea that is used in a toy store and then never heard from again. A rocket ship hidden within the Eiffel Tower is a great idea, until you attempt to execute it. Then, it’s just a dumb, forgettable visual dud. The rocket jet packs had a moment but once you’ve seen the Rocketeer (1991) you’ve seen what you needed to see from that particular piece of technology. P-Man?

TP: Seeing this film in IMAX 3D was a great decision. Disney is certainly dependable when it comes to special effects and this film did not disappoint. In fact, the effects were another high point that helped it along and kept it interesting.
TAKING A CLOSER LOOK

AV: Why on Earth this film was ever green-lighted is far beyond this mere mortal. Things happen that aren't explained, like the distribution and use of special pins that are the key to Tomorrowland are introduced but aren't explained. So you get one that's rare and then you go places. Huh? 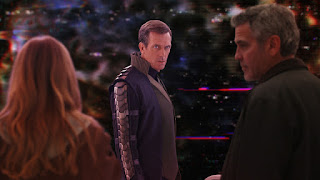 And while there are tons of sci-fi nods to Star Wars, The Day The Earth Stood Still (the classic one) and a host of others–these props do little more than complicate an already confusing string of events. A pedestrian screenplay, lack-luster cast, downright mediocre script and characters too dull to even mention (Tim McGraw, I’m looking at you m’man) I found that the most redeeming quality of this film was the end-credit graphics. Fun and engaging, they are everything the movie is not. 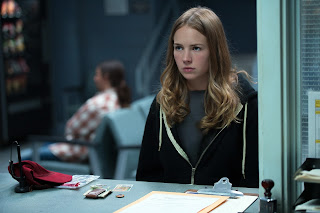 TP: Well…I could get really deep here with all the subliminal nuggets and real world foreshadowing, but instead let me just say that the commentary given in this film about the state of the best humanity has to offer is a message no child should be subjected to. I think it’s disturbing given the message Disney just sent with Avengers: Age of Ultron (remember Ultron was on the internet for five minutes and decided humanity had to go the way of the Dodo). In this film the commentary continues as to why Ultron would think that as the best minds of humanity have managed to screw up “paradise” and in so doing, doomed the planet whom they view as in need of destruction anyway! It all works out in the end, but that doesn’t change everything we had to go through to get there. 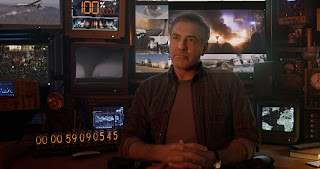 AV: No reason for that.
TP:They could… but probably shouldn’t. This film was fine for what it was, but should stay in “yesterday” and avoid “tomorrow.”
RATE IT! 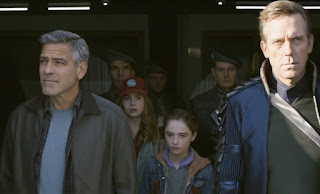 ARTH VADER rates Tomorrowland: Swing and a miss, Disney. If you’re looking for a way to siphon 90 minutes from your life that you’ll never get back, then Tomorrowland is for you. This movie tries to matter–it really does, but in the end… it just doesn't. A huge disappointment despite the reported size of Clooney’s payday. I was barely able to strap on two (2) Busted Blocks as jet engines to jettison the sleep-inducing snooze-fest called Tomorrowland into the heavens, never to be seen or heard from again. 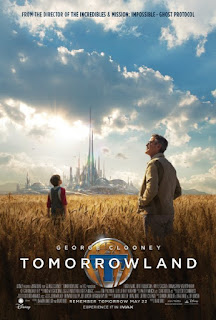 THE PONTIFICATOR rates Tomorrowland:  Good performances (for the target audience) and great special effects made this a very enjoyable film to watch. The lackluster story though, prevented this film from being better than it was. In the end, this movie traveled into tomorrow and only returned to today with six (6) busted blocks.