Top Habits the Rich and Successful Do Daily 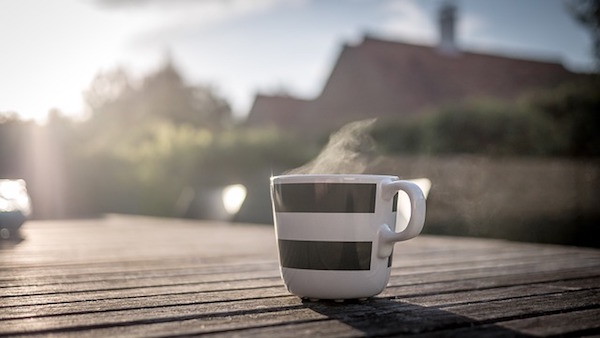 There have been many studies on the habits of rich and successful people. In most cases, those who are successful have distinct habits. Here are just a few of them you should consider adopting.

They Wake Up Early

I have listened to a lot of successful people share their top habits, and one of the most common ones is to wake up early. The days I wake up an hour or two before my children get up are my most successful and peaceful days. Waking up early allows you to have extra time for self-improvement tasks, such as working out, meditation, reading, as well as business tasks, such as freelancing. Waking up early is just bound to put you in a better mood because you won’t spend your day trying to catch up. Instead, you will feel ahead of the game. This alone can be the game changer you are longing for.

They Don’t Waste Time with TV

While it would seem the opposite is true, Dave Ramsey shared that, “6% of wealthy watch reality TV vs. 78% of poor.” As well as, “67% of wealthy watch one hour or less of TV every day vs. 23% of poor.” Obviously this is not a hard and fast rule. There will be rich people out there that watch 10 hours of television a day. The point is to evaluate your own TV habits and determine what they are getting in the way of.

For example, if you have always wanted to start an online business but can never find the time, calculate how much TV you watch per week. Many times we can find the time to start that side business or passion if we just trade our TV or social media hours in each week. At the very least, trade in 30 minutes of TV per day to read.

They Aren’t Afraid to Say No

Michael Hyatt has said that the more successful a person becomes, the less accessible he needs to be. By this he meant that as you go up the success ladder, you are only taking on the best opportunities. No matter what level you are at right now, you are probably bombarded with opportunities of all kinds. For example, as a freelance writer, I am asked by quite a few people if I would write for them. However, if I said yes to everything, I would be overworked, underpaid, and not moving up in success. It is better for me to say yes to only the best of the opportunities that come my way and to decline the rest graciously.

Even though I used myself as an example, this principle applies to everyone at every stage of life. Define your top priorities in life and make sure your tasks and daily to-do lists keep them priorities. For example, if your family is your priority, then taking on overtime hours every week would be saying “yes” to the wrong goal.

If you don’t set goals in your life, then you will never know where you are heading. Your goals don’t have to be audacious. I am never going to set the goal to become an Olympic athlete or the CEO of a big company. Those aren’t my dreams. When it comes to goal setting, you shouldn’t make a list as if you were writing a wish list. Instead goals need to be…

It is also important to identify the major areas in your life that you want to work on and set a goal for each area, such as marriage, career, physical, mental, etc. You really don’t want to be working on more than five to nine goals at a time.