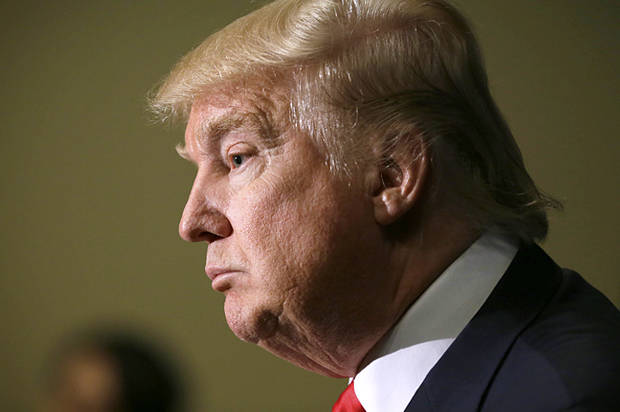 Good news is that my campaign has perhaps more cash than any campaign in the history of politics- b/c I stand 100% behind everything we do.

Donald Trump’s presidential campaign is, at best, a money pit, and at worse, the most successful grifter campaign since Sara Palin’s brief turn on a national ticket.

The presumptive GOP nominee’s Monday was already off to a dreadful start, firing his campaign manager after an emergency meeting with family and close advisers and then having another top campaign adviser forced out after a tactless tweet celebrating the firing, yet it somehow ended in even worse fashion.

According to reports released Monday evening by the Federal Election Commission, Trump’s campaign only took in $3.1 million in campaign donations in May, the month he effectively clinched his party’s nomination, with $1.3 million cash on hand.

Presidential campaigns with more cash on hand than Trump on May 31:

That absolutely abysmal figure only looks more paltry in contrast to the fundraising haul of rival Hillary Clinton whose campaign drew in nearly $26.4 million in May and has $42 million cash on hand.

And it only gets worse when you dig into the details.

The Trump campaign has spent more on signature “Make America Great Again” hats than it has on online advertising. His campaign spent $423,371 on catering and renting space at Mar-A-Largo, Trump’s Palm Beach private members club where he also has his own mansion. The FEC filings also detail several payments for “rent” or “payroll” to a one Donald J. Trump.

Recipients of payments from Trump campaign with “Trump” in name, through May 31. Doesn’t include Mar-a-Lago/planes. pic.twitter.com/JF6skaWYGF

Trump’s so-called “self-funding” of his campaign continues to be structured in the form of loans from the billionaire (?) businessman to his campaign. In May alone, Trump “loaned” his campaign $2.2 million that technically could still be paid back to the candidate until August (although given Trump’s failure to even begin fundraising, he’s unlikely to have the surplus to afford to pay himself back.)

The numbers don’t look any better for Trump on the darker side of campaign financing either. According to Reuters, the main Super PAC supporting Trump, Great America PAC, raised $1.4 million in May and had $500,971 left in cash at the beginning of June. Priorities USA, the top pro-Clinton super PAC, raised another $12 million with $52 million in the bank. Meanwhile, the RNC and a Trump victory fund raised $11 million — down from the $34 million it raised with Romney in May 2012.

Who is going break it to him that it's a fictional ad agency?

Still, Trump campaign spokesman Hope Hicks insisted all was right in Trumpland, despite obvious evidence to the contrary, for the second news cycle in a row late Monday night.

“There are no concerns,” she said in a statement. “The money is pouring in for the party. In fact, we just returned from a tremendously successful swing through Texas, Nevada and Arizona. Mr. Trump will continue to do everything he can to defeat Hillary Clinton in November.”

By Tuesday morning, Trump was out doing the heavy lifting on a round of morning shows himself, asserting that his campaign will reach its fundraising goals one way or another.