Trying To Put The Surge In Insurgent

blogcatalog
Another teenage girl threatening to save us all? Say it isn’t so!
ON CONTINUITY 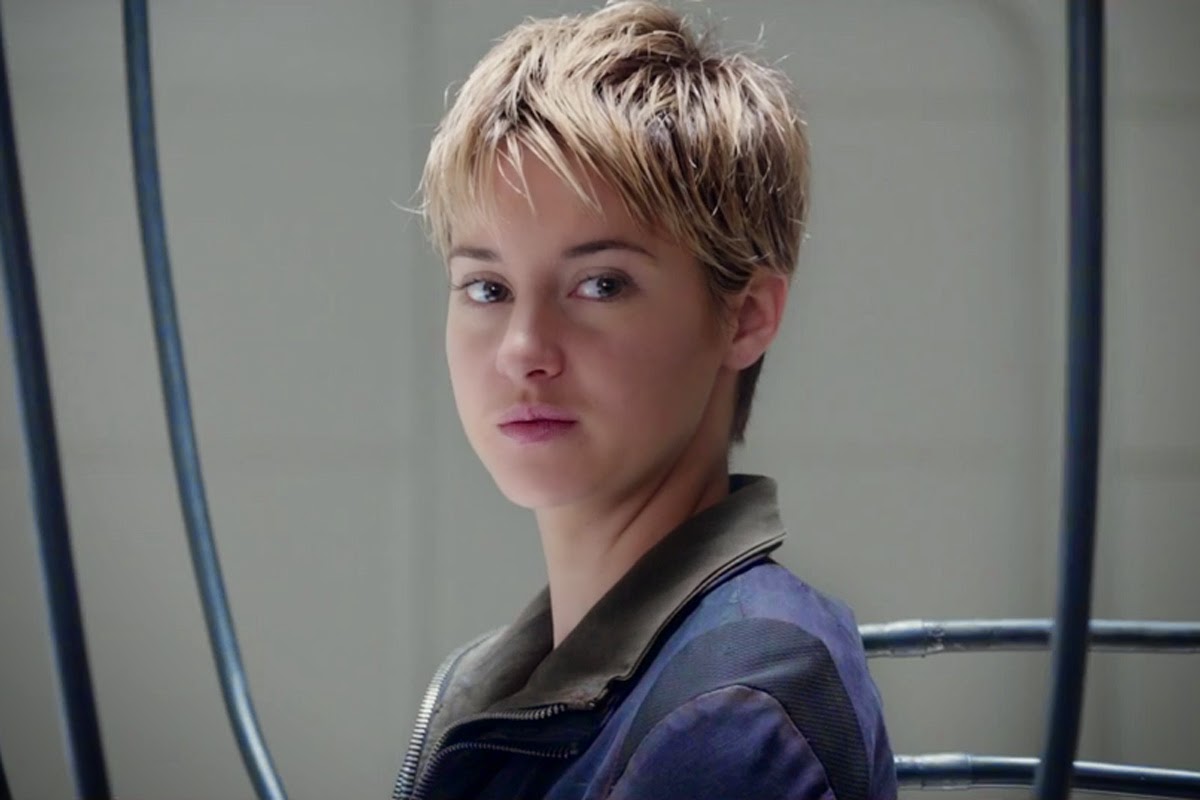 ARTH VADER (AV): Following in the foot-steps of the first in the series installment, Divergent, Insurgent furthers the tale of super-special super kid, Tris who’s out to save the world (wonder if her room is clean). I get the sense these days that having a successful movie means establishing a franchise then hammering the idea of the movie over and over and over until moviegoers cry ‘uncle’ and just go. This is the distribution tactic that drives Insurgent. What did you think, Ponty? 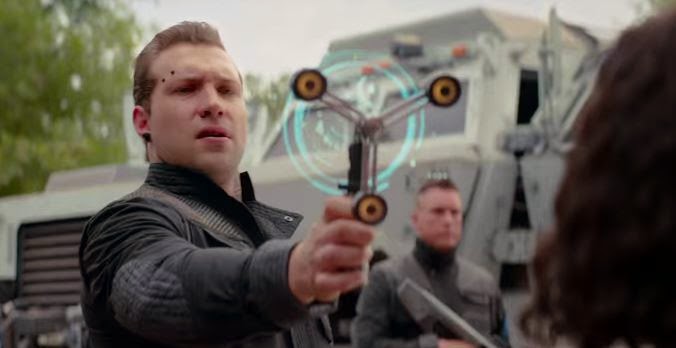 THE PONTIFICATOR (TP): When talking about a film adapted from a novel, there will always seem to be continuity issues Vader. This film is no exception as it took several liberties in retelling events in the book, from making major characters minor to leaving characters from the books out of the film altogether. Despite the many changes from that page to the screen, some might even say outright departure from the literary source, this film managed to get where it was going.
CASTING, ACTING & DIRECTING 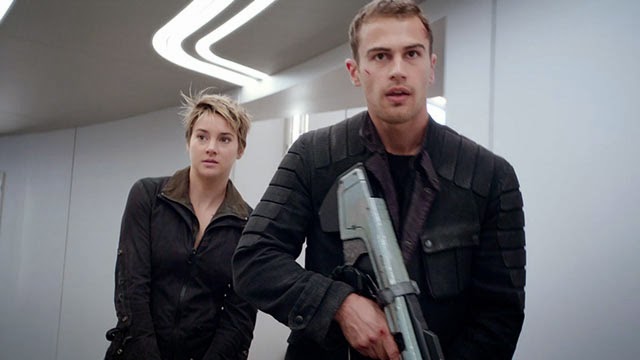 AV: The cast from Divergent returns to Insurgent (Duh). Shailene “Tris” Woodly and Theo “Four” James reprise their roles and B-Listers Kate Winslet, Jai Courtney, Ashley Judd, Mekhi Phifer and Zoe Kravitz all come back as the story blunders in a society divided by walls, mistrust and deceit based on the division of the five virtues. The idea is ok but the execution is kind of hoo-hum. Neil Burger’s direction is compelling and the film is a joy to watch cinematographically. 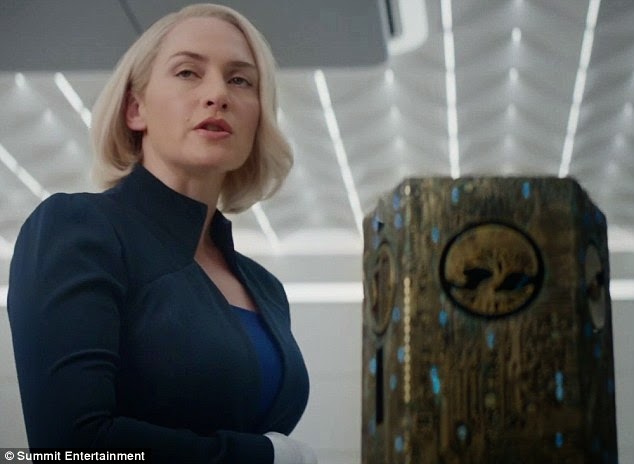 TP: Shailene Woodley and Theo James return to their roles as Tris and Four and deliver what was expected of them as the story progresses along with their relationship. There was no surprise, or disappointment. Kate Winslet continued to be the film’s villain and I thought she was very.…villainous, in the role. The roles of Jai Courtney and Mekhi Phifer were little more than cameo’s this go round and there really isn’t much to say about the few glances the film took in their direction. Overall, the film rolled right along and didn’t get bogged down with a lot of filler. 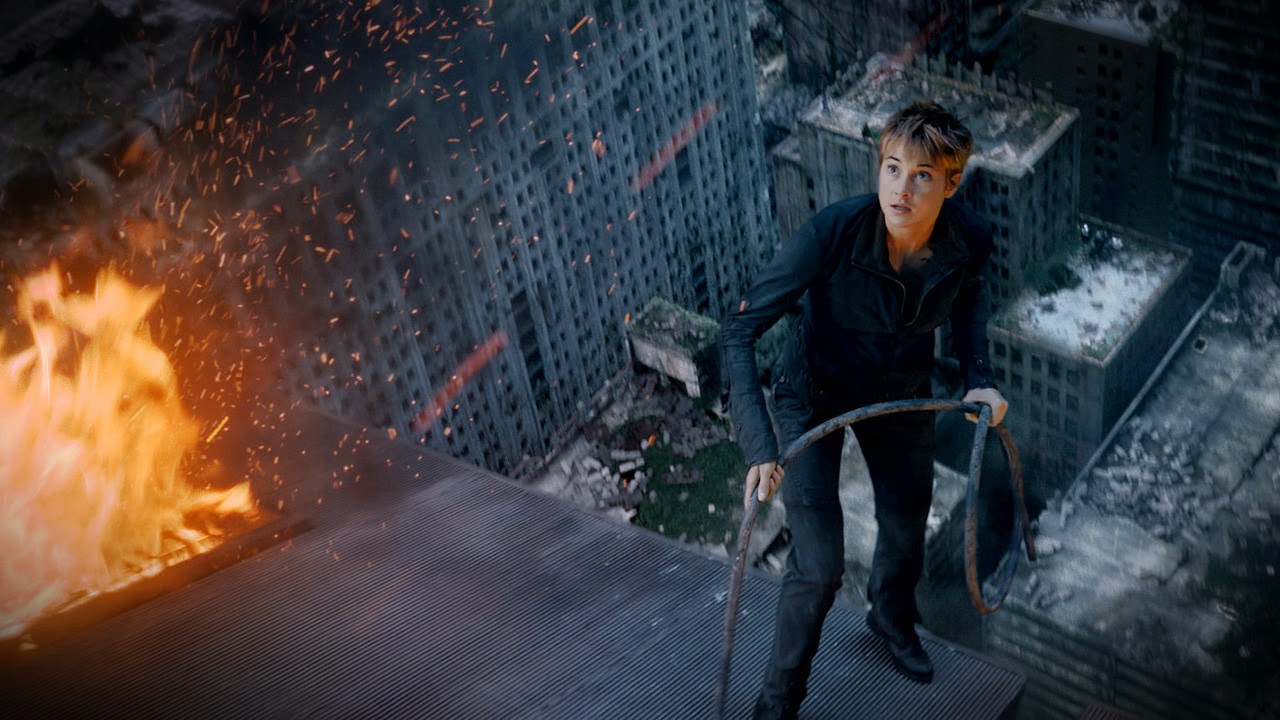 AV: With no shortage of visual effects to try and amaze the audience, Insurgent is a good looking movie that puts you in the thick of this selectively post-apocalyptic future-gone-wrong city of Chicago. Sure it looks great but nothing we haven’t seen before, Pontificator. Sci-Fi effects, as we have discussed in other reviews, has matured to an impressive standard and these flicks all look good. Really good actually, but that said, these rocking visual effects are so good, we are desensitized to their awesomeness. But what does that say about visual effects–and a movie–that is just this side of forgettable almost as soon as I leave the theater? 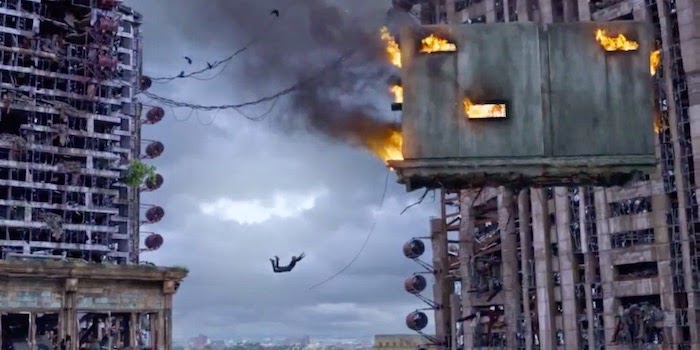 TP: The special effects were very good in this film. As is my custom, I always see a film in IMAX 3D when available and such a decision usually only enhances the special effects and moviegoing experience. This film took advantage of the medium, especially during the simulation sequences where there was a lot more latitude to use them. Overall, the effects enhanced the film and while nothing ground breaking was done, they didn’t drop the ball either.
TAKING A CLOSER LOOK 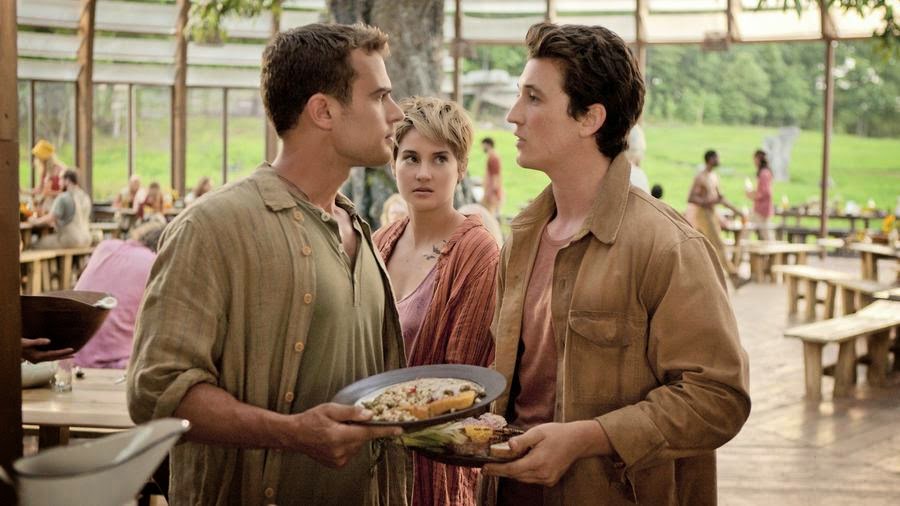 AV: Hard to know when us movie-goers will get to see a decent original story in our beloved sci-fi and fantasy space but until then, we have these franchise money grabs. I am not qualified to proclaim the legitimacy of this films and their place in the cultural tapestry. I am qualified to let you know if I like them or not. I don’t. While I do hold a special place in my fan boy heart for all things Sci-fi and fantasy, these do not count among them. This is not an example of the hero’s journey that is particularly interesting or inspiring in any way. 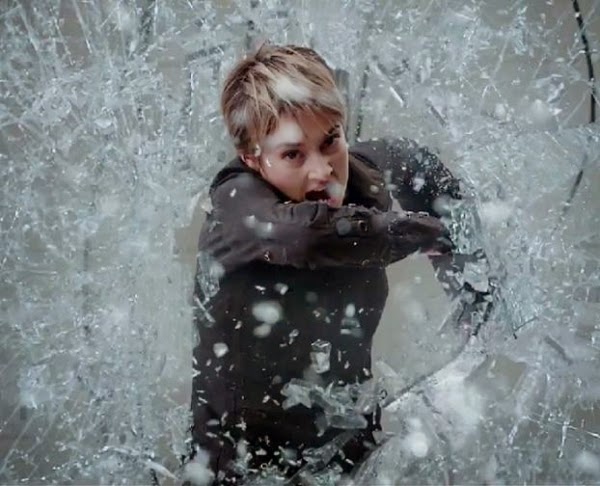 TP: Well.…the plot of this film could have used a little more attention. It didn’t make much sense that nobody else in the Erudite faction thought to even question the motivations and decisions of Jeanine given they didn’t always seem logical or the intellectual thing to do. It also didn’t make sense that the box that was supposed to reveal the true purpose of their society killed the very people it deemed most important if they failed to open it. It would have made more sense for Jeanine to simply kill the failures and anyone else that questioned her (after having someone question her) to both make sense and really drive home how villainous and driven Jeanine really was. 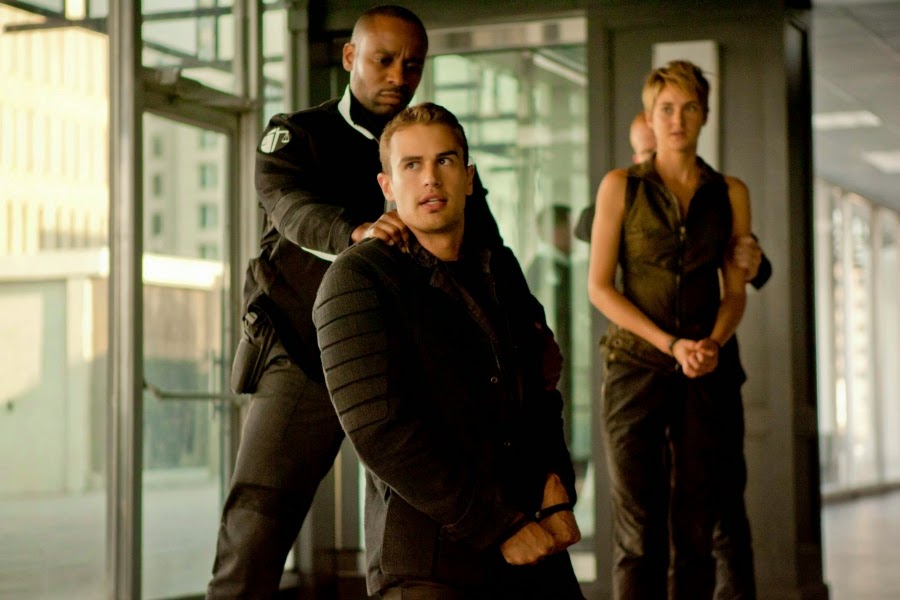 AV:  I am sure the story of how Tris “saves us all” needs to be wrapped up with a pretty little CGI bow and brought to conclusion. We need that, we want it and dozens of vaguely compelled teenage girls are clamoring (somewhat) for it. So by all means Hollywood, give us more.
TP: Well… if the box office numbers are large enough, we will likely see a film adaption of the third novel in the trilogy, Allegiant. I do, however, like how that this film ended in such a way that if a third film is not coming, the story can stand as is.
RATE IT! 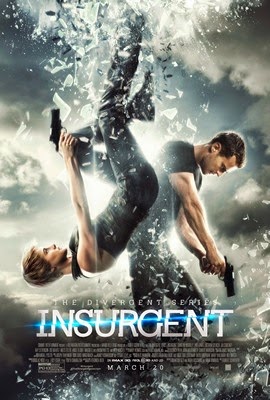 ARTH VADER rates Insurgent: In all fairness, I didn’t hate this flick (I know, its not like you’d ever know it by my crit), but the disingenuous story, grossly overacted characterizations and safe and predictable screenplay didn’t suck all the life out of what could have been an incredible story but it didn’t do anything to help it either. This franchise feels like a great CW (tv) series waiting to happen. With that, I grab my Divergent buddies and bust five (5) Busted Blocks for Insurgent in glass-shattering slow-motion.

THE PONTIFICATOR rates Insurgent: A good film to fill a Saturday morning, I found it entertaining and fun, even if it didn’t blow me away with it’s storytelling or effects. Everything about this film was just “good” and thus busted six (6) blocks on it’s way to remake society.