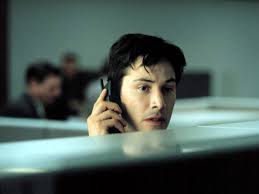 Hey! you want to know what’s wrong with being a clark? Well, not so much a description of the negative aspects of the experience of living in the personal reality of the Outsider, as I mean, the things that clarks think of doing that don’t really help.

We expect to learn to be happy, (with our lives/with Life/for no other reason than it’s better than being un-happy). And, by ‘learn’, I mean discover, uncover or recover facts and information, technique and procedure that we count on resulting in our feeling the way that real people appear to feel… sometimes. That second verb in the previous sentence, that’s what prompted this post. Actually what really prompted this post was what I was doing before being prompted.

Here on a faux holiday, (Happy New Year .1!!!!) (don’t even ask me about the short time I spent in front of the TV observing the Rose Bowl parade)… Phyllis is a roger, so it’s understandable that she would watch the parade. I am, of course, a clark and so I wouldn’t watch a parade if eternal salvation and a publishing deal for Almira hung in the balance. I would, as implied, observe a parade. That’s kinda what clarks do, observe and watch and such. You know, trying to discover shit. Anyway, I was observing the parade and, well, words fail me. Sure, there were floats from various civic groups and even a couple of movie franchises, but mostly the parade appeared to consist of 3D commercials for products and services. ‘Farmers whoever Insurance’ had a float, Air China had a float and the ‘announcers’ totally waxed poetic about how much the fine folks at Farmers really cared about us, going so far as telling a story about some family dog that almost got killed by (accidentally) starting a fire that burned his family’s house to the ground, while all the his humans were off in Florida on vacation… “But!” our announcer proclaimed, “they still were covered! That’s how much Farmers cares.” No, seriously, that is what they said on TV, only with professionally replicated emotion. Fine, cheesy, but fine.

But then, out of nowhere, (it might have been following the Petaluma Marching Band ‘with members from 6 countries!’), someone said, “..and coming down the boulevard next, Lisa, is a beautiful float sponsored by the Lutheran Church and it’s in honor of Martin Luther and the Reformation.”

No. Way. (to her credit Phyllis was laughing too hard to get all of the religious history that had to have been crammed on the teleprompter for Lisa Gibbons and some guy with sincere eyes and a semi-mature crop of hair plugs, to read. But it happened and it still was not the weird part. The weird part was the next float. It was sponsored by Western Asset Management Corporation. The crowds waved back at the people riding the float. Apparently the term ‘asset management’, as applied to a large corporation is not instantly recognizable as identifying a company that takes foreclosed properties and arranges to put the now empty homes on the open market.

I stared at the TV.

What prompted this post was that I spent time searching through 1600 or so Doctrine Posts looking for one to reprint. I actually spent time going through the archives reading the January 3rd posts for each of the previous years, all in the hopes of finding something that would pass as a readable post tomorrow January 3rd …2017

what a fricken clark I am!