Tuesday -the Wakefield Doctrine- “the second best day of the week for school lunch (not hamburger fricassee, but close!) 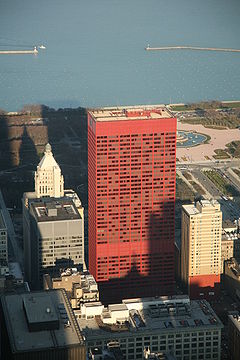 (not everyone may know this, but that red building in Chicago? World Headquarters for the Omni Corporation… read all about in ‘Blogdominion‘

lol  wait! come back!  no, serially, I won’t say anything bad!  Well, I’m only speaking for myself, my secondary scottian aspect hardly ever listens when I try to advise moderation. But, hey, what are ya gonna do?

For the sake of brevity and to leave me time this morning to work on the final edit of Chapter 40 of ‘Almira‘, following is a reprint (of a reprint) of a Post from a couple of years ago.

As we do know, it is integral to the rogerian worldview there be organised religion. This is true simply because rogers have the need not only to establish rules and order for everyone, but to have these rules posess a degree of moral imperative that can only derive from a deity or deities

Simply put, rogers are religious, clarks are spiritual and scotts… well, that’s kind of a long story…  no! not a bad thing, it’s just that for scotts religion and spirituality are more about the features of the environment and therefore can be good or bad.

If rogers have the baseline lock on organised religion, where does that leave our other two personality types?

clarks?, they’re easy! clarks believe in the unbelievable. Unfortunately this capacity prevents them from ever having complete faith in anything. In regards to religious dogma, clarks will give convincing lip service, particularly the clarklike females (who have a slight edge over their male counterparts in terms of protective coloration); a clarklike female, especially one with a family unit, will conform to the local norms for religious activities. But the odds are, even these devoutly religious clarkmoms will be filling their downsprings heads with all sorts of apostolic nonsense at random points in their upbringing. If backed into a corner, most clarks will confess to a definite spiritual tropism, but you better have a thesaurus and a comfortable chair nearby! If you read the page on clarks, one of the primary characteristics of this type is the love of knowledge…useful knowledge…useless knowledge, knowledge for good and knowledge to anger people, does not matter to your typical clark. So as to organised religion, lets put the clarks in the woman’s auxiliary section.

scotts now, they totally relate to religion, even organised religion! scotts relate to the ‘product’/ the result/ the ‘output’, if you will, of organised religion. (Ed note: this section is written more to the male scott, though not inappropriate, as the Doctrine is gender neutral, it might leave a new Reader with the impression that all scotts will view religion simply as an opportunity, as opposed to a skill, which in the case of the female scott, it can be… I’ll leave the bullet-points in place, but check back for a Post on the scottian female and her pack.)
Back in my parent’s day, there was a ‘restaurant’ called The Automat, it was sort of cool for us suburban kids in the early 60’s to hear about a restaurant that was totally mechanised. (This was all pre-fast food as we know it today). The Automat’s ‘hook’, was to offer a variety of choices of foods to customers with no intermediary such a waiter or waitress, everything there was available and purely the choice of the hungry customers.
….Throughout history, organised religions have basically served as Automat for scotts.

Final thought this Tuesday: rogers provide structure, scotts push and clarks create…. all in the name of god.