Update on our aerial and underwater drone class

It’s been almost 2 months since I shared about how this class is going. We got started  later than planned because we couldn’t get drones delivered fast enough. So far the 18 teachers have had 2 days of computer programming training with the ncLab online course (which their students have access to as well at school and home) to acquaint them with and put them at some ease as to how the course works. We originally planned 4 trainings up front but decided to wait on the last days so they can be designed to support the teachers and their students in the very kind of programming they will use with the various vehicles. 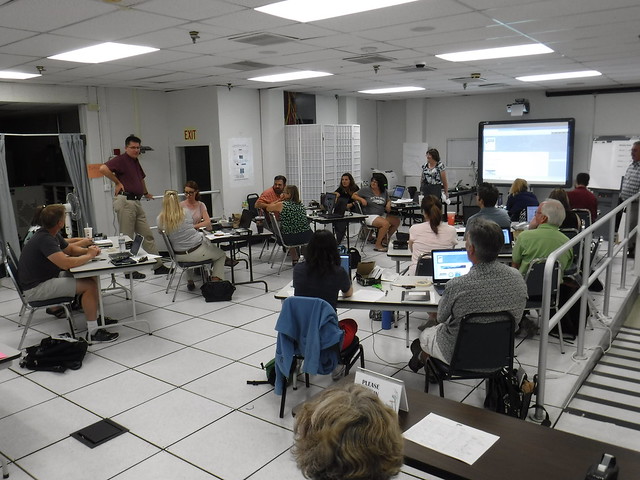 Next, we jumped into 24 hours spread over a week of training with aerial drones. We started with safety, ethical use and the laws governing drone use. Then everybody got a Parrot Rolling Spider mini-drone. We ran into some issues with getting the firmware updated. We are using 3 different drone apps for the Spiders – Free Flight3, Tynker and Tickle. They required updating the firmware before the apps would cooperate with the Spiders, but that was problematic … even though I had done a couple the day before to be sure we wouldn’t have trouble … we did. Computers wouldn’t “see” the connected Spider and the bluetooth connection you can use with Free Flight 3 tended to time out before it was successful. But we eventually figured out a method that worked and plugged them in to charge. 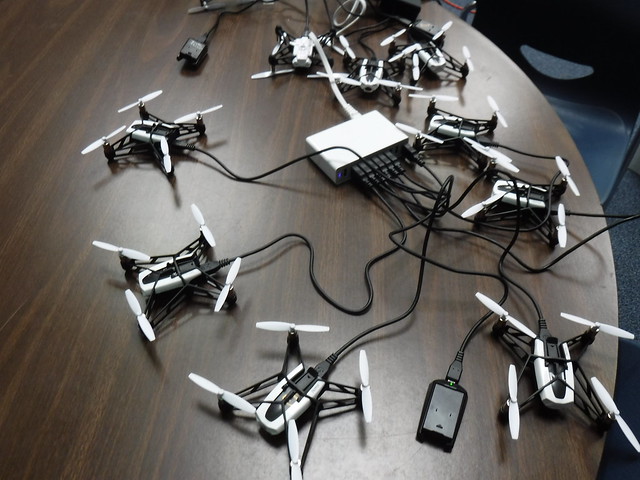 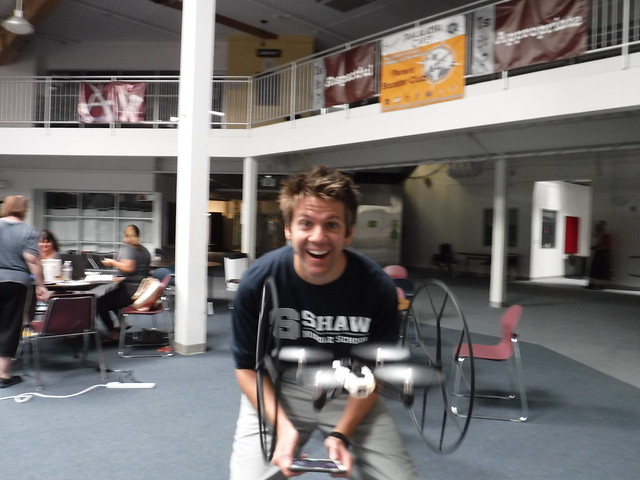 Teachers then practiced programming their Spiders and ended that day in groups of 3-4 planning how they would use them in class with their students. The following day each group shared out lesson ideas and even some early experiences with just their one Spider in class (we have almost 50 of them that can be checked-out for classroom use in sets of 8 – 12).

Teachers were given initial instruction and some practice in DroneBlocks as one way they and their students can program their Phantoms. Just this past Saturday we all met to fly some of the 19 Phantom 3 Professional drones the grant provided. Thursday night teachers took turns flying the Phantoms virtually using Real Flight 7.5 and the built in flight simulator that comes on the Phantom remote. After a follow-up “ground school” of sorts on Saturday and some demonstration flights of different kinds of drones the teachers got to fly the Phantoms. 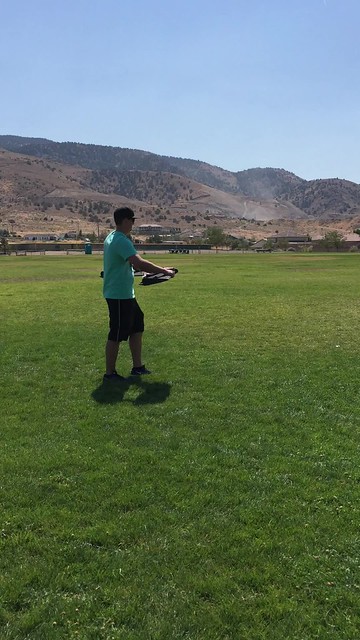 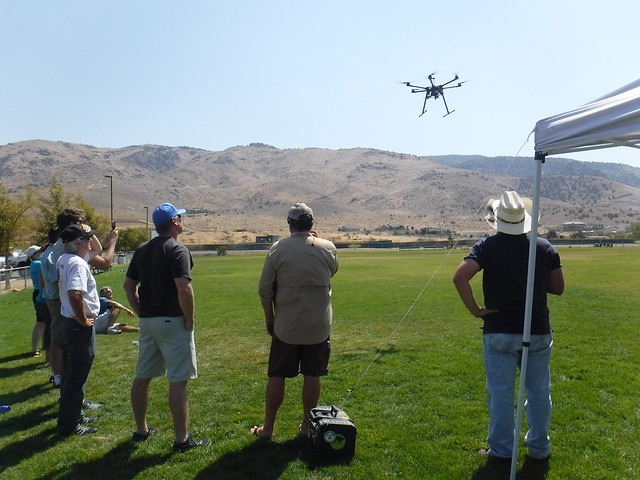 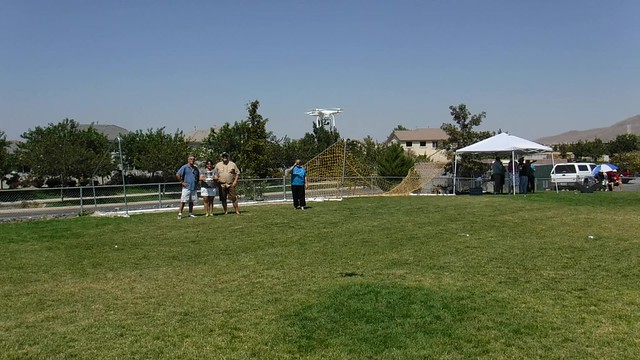 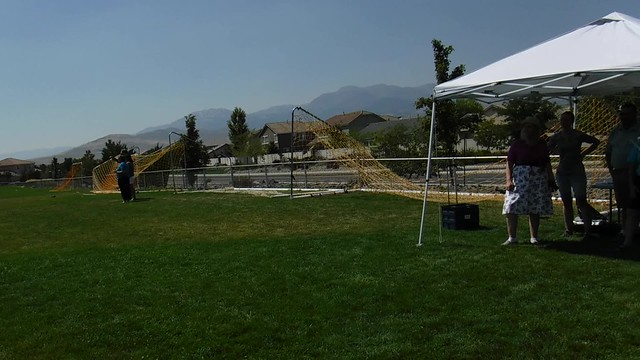 Today I got all the Phantoms prepared to be checked out to teachers to work with their students, but Saturday they decided everyone should check one out for a week or so to practice setting things up and gaining confidence. Tomorrow my goal is to update the firmware on the 50 additional Parrot drones and get them ready to be checked out as well.

Next week we start underwater vehicles with OpenROV 2.8‘s. 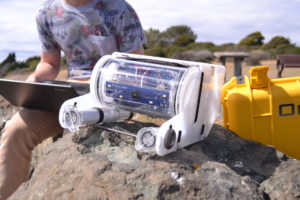