The US Presidential Race: Hegemonic Warfare 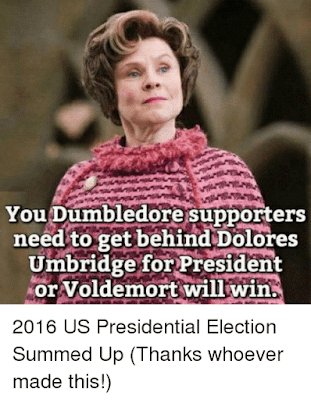 The tragedy of this year's US Presidential Elections, is not that the USA will not have a good president; rather, the tragedy is the fact that after the elections are over, the USA will remain divided in a way that I think we have never before seen.
If the goal was to divide America, well, the goal has been reached. This world's society is constantly in a state of hegemonic warfare. This is just a fact. Unbeknownst to everyday citizens, hegemonic warfare never gets a day off. Even when the world is not in a state of pronounced warfare, the tactics and the analysis and the intelligence that is poured into the practice of removing hegemony from one nation and relocating it to another nation, is constantly at play behind-the-scenes. It is my hypothesis that this division of the people of the United States of America, driven home so deeply due to this year's election, is really the deepest blow that hegemonic warfare has taken against the USA. This is the blow that takes it "home". This is what will be the crumbling of a hegemony and the beginning of the reinstatement (or just relocation) of hegemonic powers to another nation. The question is: which nation? Which nation is the next hegemonic power?
I am convinced that the everyday average citizen of the United States of America, is not interested in actually creating a solution, finding a solution, or hearing information in order to lead to a solution. The elections have become so personal, that any one person is going to defend their own personal stance, unto the end, regardless of what information they are able to encounter. It is no longer about who is the best president. It is now about holding onto one's guns, one's pride, and being able to beat the other person at a comment thread on Facebook. That's what everything has boiled down to. "This is my stance and this is how I feel and I will not change my stance over my dead body!" That's what it has all boiled down to. A personal thing. A person enmity between friends, family members, neighbors. Unfortunately, this will not go away when the election is over. The half of the nation will always continue to blame and to hate the other half of the nation and herein lies the biggest tragedy (or the biggest triumph, depending on whose side you are on; the side of the USA remaining in power or the side of a new hegemonic power emerging).

When the candidates were first announced, I supported Hillary Clinton. But then I saw things about her agenda, so I changed my mind. I discovered the importance of third party candidates in the role that they play at one day overturning the current status quo, the monopoly by the 2-party system the United States currently is controlled by. At the same time, I realise that a third party candidate is not going to become president of the USA any time soon, because the people are not equipped to overthrow the current status quo. In this light, in the light of these two candidates now left standing, I can see that the better candidate is Donald Trump. And I say this not because I like Trump, not because I think he is a good person, not because I think he is a good role model; rather, I say this because I believe that his agenda is the agenda needed to prevent a Third World War.
I do not need to "like" a person, as a person, in order for that individual to be able to sail the ship that I am on. I only need to know that the person sailing the ship can in fact divert the vessel from the course of the icebergs, or from the course of a hurricane. It does not matter if that person is someone I like or not. I don't need a personal relationship with him or her. I just need to see that he or she can man the ship away from the iceberg.
I can see that the Clinton agenda is a passive-aggressive one. It forces the hands of other nations to take unpopular actions in the absence of its own will, placing such nations in an unpopular light, causing unpopular opinion. In other words, I think that a Clinton regime would act passive-aggressively to cause massive warfare in the world, only to come around in the end to pretend to be the heros who want to end the warfare that it in fact created.
On the contrary, I think that a Trump regime would take unpopular actions, itself, instead of shifting those actions onto the hands of other nations. Unpopular actions must be taken in difficult times and I think that Donald Trump would do exactly that, instead of playing the hero who is in fact the menace behind-the-scenes.
The United States of America thrives on the worldwide scene, upon the basis that she is a hero of the free world. And the way that she continues to thrive throughout the ages, is by reviving and reiterating that position in the world, even when that image has to be manufactured. And when I say "manufactured" I do not mean manufactured without massive casualties, so on and so forth. The hero on the outside, the menace on the inside. In the context of the global political scene, always doing the popular thing that sounds like the good thing to do, leads to worse things in the future. Because somebody has to do the unpopular things, but when you refuse to do it, yourself, you force the hands of others to do it for you. Then you label them as the problem. And that is how you start WWIII.
I am saddened by the fact that, no matter what, America is now divided like never before. In this fact alone, hegemonic warfare has already taken down the nation of my birth. Friendships are not the same, relationships are not the same, but the worst part is that the blame game is going to get worse after the elections, regardless of who becomes president. If only people could see further, could see the fruit of the tree before it has bore fruit— the future would be different. But, alas, perhaps it can still change. How? Remember that you are you. And your friends are your friends. And you are being controlled in your emotions through the politics that is fed to you. It is so easy to control people through visuals, through triggering emotions. If only all could see the deeper intentions.
When I login to Facebook or LinkedIn these days, I feel tense. I feel tense because I see people who have always been so mild and so gentle, becoming aggravated over the upcoming elections. The animosity is palpable and it saddens me. What has become of you, the people?