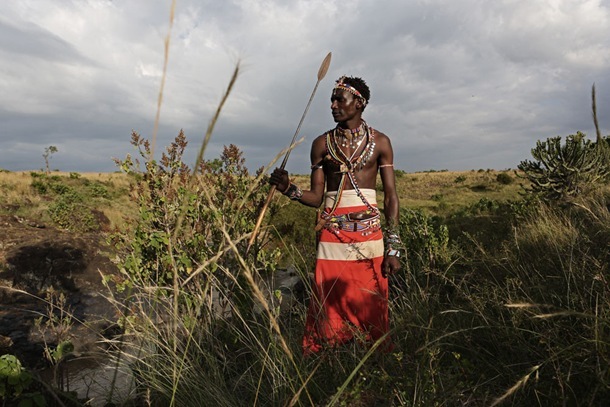 Hunters. Warriors. Cricket players. Maasai culture is fiercely guarded, beautiful and distinctive from the outside yet like many cultures, rigid and opposed to change on the inside. In a world of change, the Maasai adopt a strong cultural identity and adhere to age-old traditions, beliefs and values.  Recently, a wave of change has moved through a remote region of Kenya and at its centre is the Maasai Cricket Warriors team.

With an estimated one million cricket teams in over 106 countries, there is but one team made of Maasai warriors. Warriors is their story. Directed and produced by Barney Douglas and produced by Michael Elson, Warriors is a powerful documentary that tells not only the story of this group of young Maasai warriors, the formation of their team and negotiation with tribal elders for a patch of training ground, but also the astounding way in which they challenged beliefs about female genital mutilation (FGM) and HIV/AIDS. 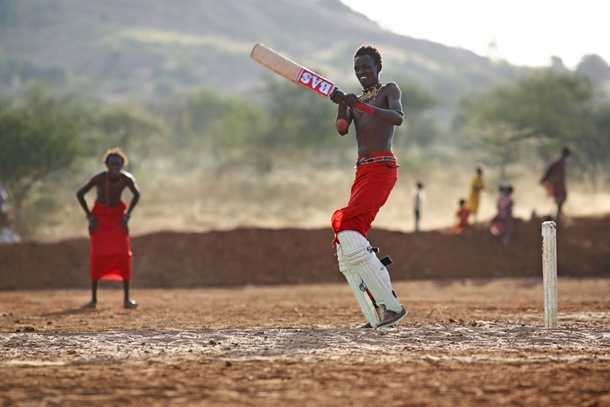 Illustrated by sequences of brilliant animation, we learn that the principles of hunting and fighting are not all that different to cricket and so it is that the Maasai Cricket Warriors play in their warrior clothes and connect their sport and culture. This is a team that emerged out of nothing yet somehow convinced tribal elders to donate a patch of land which the British Army helped level and develop into a cricket training ground. For these young men, nothing can stand in the way of their dreams.

If you try to awake the lion sleeping in you then you can do whatever you have ever dreamt of doing.

If young Maasai men can smash through cultural boundaries and realise their dreams, it is another story altogether for young Maasai girls. Circumcised and married off from as young as 8, 9 or 10 years old, young Maasai girls have little access to secondary education and even less say in their own lives. Even worse are the prospects for girls who conceive before FGM – they are considered disposable and worthless to their fathers, incapable of earning them a dowry.

While many cultures would see boys triumph on the repression of girls, the Maasai Cricket Warriors are different. Determined to include girls in their sport and spread the word about both the dangers of FGM and its links in the transmission of HIV / AIDS, the team is one cog in the wheel of progress that is bringing change to this remote region. 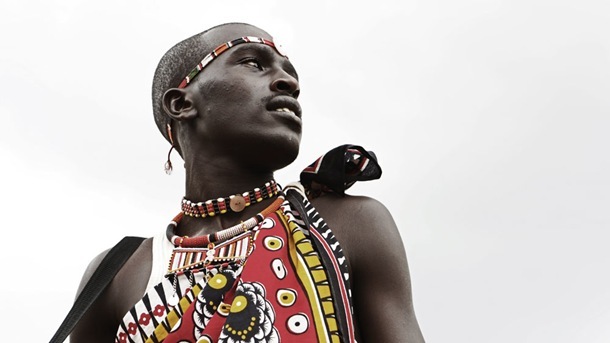 In an incredible tale that sees the team visit London to participate in the Last Man Stands cricket finals we get to see Maasai warriors on the Tube, in Trafalgar Square and on the London Eye. Their performance in the tournament isn’t as successful as they’d hoped but their experience helps to open the eyes of tribal elders and earns them a new found respect.

The Maasai are very skilled people and there are a lot of things that white people have seen us do. But there are some things that spoil us, like circumcision of girls.

Warriors is a visually stunning film captured primarily in the dusty plains of Kenya. It is a tale of hope and determination and the power of dialogue in bringing change. The film is accompanied by an energetic and eclectic soundtrack featuring “Falling Down” by Oasis, “Heaven, How Long” by Mercury Prize nominated East India Youth and “Neon Citied Sea” by Cosmo (the solo project of Felix White from UK number one band The Maccabees). Kenyan artists Jimi Mawi & Afro 70 are also featured. The animation in the film forms a powerful connection between the mysticism of the Maasai warrior and the achievements of the team – my favourite sequence was the soaring of the eagle as the team’s plane embarked for London.

Powerful and inspirational, I have no hesitation in recommending Warriors to crickets fans, activists and other interested human beings.

Warriors is available on DVD and iTunes from 25 January 2016.