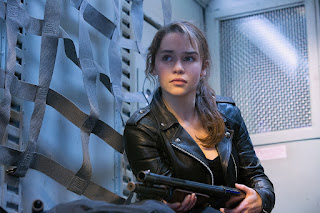 ARTH VADER (AV): Time travel is a tricky thing, Ponty–and science fiction is inundated with with time travels stories. One could argue that the Terminator series is built on the concept and it would be a heart discussion. So it comes as no surprise that the core story arc of Terminator: Genysis (T:G) is about the alternative timeline that emerges form all the Terminator time traveling that occurs in the previous films and TV series (Terminator: The Sarah Connor Chronicles was pretty darn good after all). I always have mixed emotions on the time travels in movies. I mean what parameters are there if they can just be erased because time travel occurred and changed the time stream, right? T:G puts some interesting twists into motion would you agree, Pontificator?
THE PONTIFICATOR (TP): The continuity of this film is a complete mess Vader. I won’t even attempt to explain it as it has splintered into so many different timelines with two films and the television series being completely ignored by this film, this movie creates far more questions than it answers.
CASTING, DIRECTING & ACTING 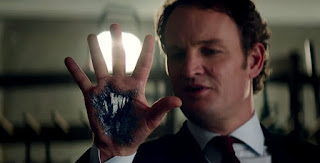 AV: Can you give a good Terminator flick without Arnold “I’ll Be Back” Schwarzenggar? Honestly we don’t know and this isn’t the film where we find out. Arnie is an integral part of the action and even offers some decent satire to the story. Jai “Insurgent” Courtney’s take eon Kyle Reese feels flat and disinteresting. Emilia “Daenerys Targaryen” Clarke also has a rather dry delivery as Sarah Connor. Director Alan “Thor: The Dark World” Taylor has a grounded vision that honestly an interesting take on the John Connor spectacle. With fairly decent cast, I felt the film didn’t take itself too seriously which might have been a saving grace. 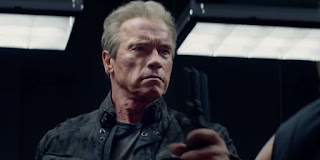 TP: What is a Terminator film without Arnold? Schwarzenegger returns for another round of bullets and one liners and despite his advanced age, remains classic. Emilia Clarke has swapped out her dragon for a gun and gives a fair rendition of Sarah Connor. I was never really sold on Jai Courtney as Reese like I was with the original, he just didn’t convey the same intensity. Jason Clarke is yet another take on John Connor…and I am no more enamored with the legend now than I was before. I was really hoping Matt Smith had a larger role, but I guess he would have really messed things up (or perhaps fixed the continuity) had he been tripping through the film in a TARDIS.

AV: Visual effects shots helped make this a palatable ride, Ponty. The opening combat sequence is strong, if not a bit over-the-top and borderline frivolous. The revival of the 1980’s–style Terminator world was by far the visual effects accomplishment of this movie. With key liquid metal and robo-terminators to vibe on, T:G offers some exciting visuals for audiences looking to get their next fix on the Terminator franchise. To note, the ‘liquid Arnold’ sequence is particularly enjoyable and my favorite CGI moment by far was watching ‘young’ Arnold Terminator and ‘veteran’ Arnold go toe-to-toe. Complete with grenades, rockets and exposed Terminator exoskeletons, the scene is smile-inducing, wouldn’t you say Ponty?

TP: The special effects were very good and exactly what I expected…except for the lack of really capitalizing on IMAX 3D Vader. I expected all the explosions, liquid metal, etc… but I also expected them to come off the screen if I’m plunking down my hard earned cheddar for IMAX 3D. I have often complained about films showing in this medium and not using it to the fullest…. and it saddened me that an opportunity was missed here as it seems they did not use it at all! 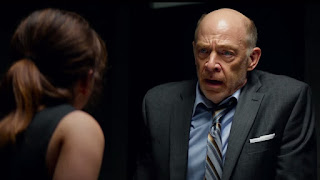 AV: As Hollywood screenwriters scramble to shoe-horn new Terminator stories into a somewhat shaky franchise to begin with (c’mon, think about it), this is an arguably sound movie. It meanders, confuses and takes way too long to tell a story that could have been told better and more succinctly. It all fairness, the story holds and makes for a mostly enjoyable film. The thought that scent–now in the form of the new Genysis operating system–clearly a light-hearted jab at my beloved Apple OS–and imparts the cautionary tale of a new form of a singularity event, hellbent on mankind’s termination. As much as I tend to repel time travel stories, the Terminator franchise offers something others can’t; continuous story arc reboots within the continuum. 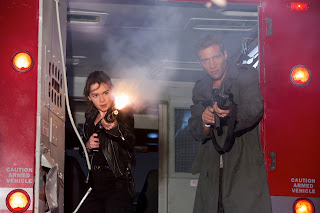 TP: Watching this film,I had to just take it for what it was and enjoy whatever I could out of it. Trying to figure out the continuity was pointless (as any Google search will tell you) and even though there are tons of nuggets in the film and nods to some of the others, it just seems this issue with Skynet trying to take over the world and exterminate all humans will never ever end (and why should it when Hollywood is cashing in large?) The film was two hours of more of what we have already seen in the previous films and brought nothing new to the series… just some adequate summer fun layered in explosions and one-liners.
ON SEQUELS 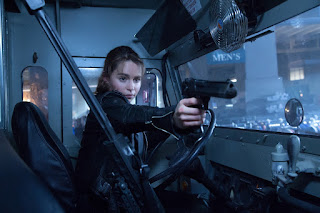 AV: Hard to envision a Hollywood in the near-future (see what I did there?!) without some kind of Terminator film in play. We are most assuredly going to get more tales of futuristic robots traveling back to our time period to kill, maim and re-write history. The films do well, they entertain and give new insight to a franchise that continuously refreshes itself with the same threat wrapped in a new package. To be honest, if I could have more Terminator films without a robe-John Connor, I’d be fine.

TP: Word is that this was the first of yet another trilogy (rolling my eyes) and we can look forward to more human exterminating machines in the near future. I can only hope the series gets better and they find a way to thread it all together for one cohesive story. 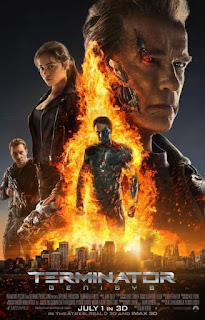 ARTH VADER rates Terminator Genysis: Not the summer’s biggest blockbuster, but this film does scratch your Terminator itch, if there is such a thing. While the robot-John Connor was quite nearly a deal-breaker for me, I, like most who love these films, was able to get past it and (mostly) enjoy this film. Worthy of a Saturday night rental, Terminator: Genysis offers a subdued, alternate vision of the Terminator universe that earns a skynet-defying six (6) Busted Blocks.
THE PONTIFICATOR rates Terminator: Genisys: This was a fun film and was just about what I expected it to be.…meaning there were plenty of missed opportunities to make this into something much better. With the technology and competitive film industry, I was very surprised that this film was “just” good… only sending back six (6) busted blocks back through time.
Terminator: Genysis: 6 / 10 Busted Blocks
We use cookies to improve user experience, remember your preferences, and analyze website traffic. By continuing to browse this website, you consent to our use of cookies as outlined in our Privacy Policy.