What a Differance a Year Makes 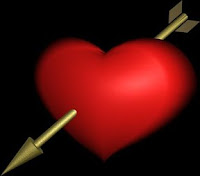 To think one year ago, I was on my way to Chicago to be with my childhood sweetheart that we rekindled a flame and I feel in love with. The man swept me off my feet, told half the world he loved me and we would be together soon. I swear we had our phones glued to our heads and could talk for way too many hours. He sent me romantic e-cards and even dedicated a song to me, "I can be your hero baby" which I even changed my ring tone to so he could awake me in the morning romantically. Long distance relationships SUCK and I swore I would not be in another one, but we had so much history (like 36 years). He even flew here a couple times so we could make sure our passion was for real and not just a fantasy. But alas, it was, as I found out when I decided to brave the cold weather and fly to Chicago. 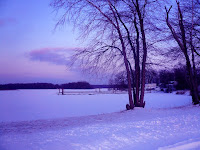 I absolutely LOVE visiting Chicago but in the middle of January - well, that's just insane cold. But, the flame was still there in our voices as I boarded the plane. I met his adorable children and a lot of his best friends yet I felt I spent more time with them than I did with him. He acted as if I wasn't there... said he was pre-occupied with his ex and his move to Los Angeles. It would seem that most every other word was about his ex-wife until I felt I was there only to have the children return home to tell her they met me. I fear his only goal, to piss her off and hurt her as I don't think he is over the hurt with her. 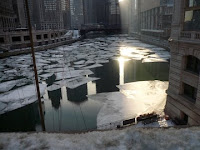 But as I said, I LOVE Chicago and still has a great time in the snow, for the next few days. Though, returning to L.A. I felt extremely humiliated around anyone who asked how "my man" is and "when is the wedding." We went from gag me cute-romantically insane to absolutely nothing where he can't even speak to me again. My friends wonder what *I* did to ruin it in Chicago. For the life of me, I think I was on my best behavior and had a really good time. What's so frustrating about it is, I wish he would have never asked me to come to Chicago and meet his family and friends. I don't understand that but,

IT IS WHAT IT IS

But for my gratitude journal entry.... I AM VERY grateful to him for giving me those wonderful tingly feelings you get when you're in love. It had me acting like I was 16 again, my head in a cloud, giggling, saying things like "no, you hang up first", and just that wonderfully delightful feeling of being in love like a teen again. And I made a pretty cool art piece from some of my photos. 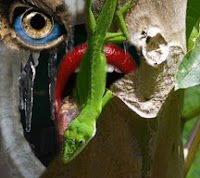