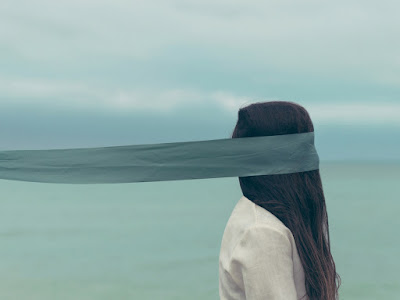 This particular US election season has been remarkable. It has been remarkable because it is bringing many unearthed natures of humanity up to the surface. I have been able to view and observe so much!
The whole season is almost over and as it comes to a close, I have to tell you that I actually do feel lighthearted and happy. Now, my lightheartedness may not mean anything for you or for your position in life. I am just lighthearted and happy about it, just because! Actually I am pretty lighthearted no matter what. But anyway, I feel happy just because. And I feel thankful because I have been able to observe so much about human nature. This election season has shaken the world! When you shake the wheat, the chaff surfaces; then you can separate the wheat from the chaff.
Something that is constantly brought up during this election campaign period, is the concept of "hate". Hate, hate, hate, hate, hate. Always hate. This has caused me to think about what people believe the word means. Today, hate = a word or group of words used to alienate another person. That is the most basic and cleanest definition of the word that I have been able to glean through my observations. Whenever a word or a group of words is used to alienate one person, or a group of persons, from another; that is referred to as hate. I find this to be very interesting.
I believe that hate is a universal concept that has been trivialised this election season. It's much bigger than what it has been made out to be. I do not think that we should judge the existence or nonexistence of hate based upon whether or not a person feels like they are being hated. That is too flimsy of a weighing scale to use as a measure of judgment. Anyone can feel hated for any reason. It is not a universal application of the universal concept called hate. I think that the universal concept of hate should be weighed by the outcome of actions. It's too big a word and a concept to just throw to subjectiveness.
When I was a little girl, my Aunt called me "Chink". She loved to call me chink, because she thought it was cute. She honestly had no idea that it was a racial slur. When she found out 27 years later, she was so sorry about calling me that as a child, that she cried and apologised repeatedly. Does that mean that she hated me? What about when people know what the word means and call people by what it means, intentionally, does that mean that they are hateful people? They might be bullies, you know, but really, hate is like when someone cuts your head of. Seriously, that is hate.
I think that by trivialising hate and translating it into so many different words and so many different actions, we diminish from the terror of the actual meaning of the word, we draw our attention away from the gruesome nature of it. Thus, we effectively de-weaponise ourselves from the real terrors that this world harbours. Don't tell me that you are not aware of the real terrors of our day and age. Or are you just too afraid to look at them because those monsters are just too ugly? Not looking at them won't make them go away. Pretending that they are actually much less harmful things, will not make them go away.
So, what is hate? I think that hate is defined by the outcomes of a cumulative process, a process that escalates, gains hold, and then launches. Imagine that. That's what hate is. First it is anger, then it festers; it is unforgiveness, then that festers; then there is a plot and the plot thickens, it gains foothold, it gains power; then it implements itself and the result is the loss of life, damage to personal belongings, properties, character assassination, so on and so forth. Hate is a lot worse and a lot smarter than what we are giving it credit for, today. So, by trivialising an evil energy, are we blinding ourselves to reality in the process? I think that many people are just plain rude. Their parents did not bring them up in the right way, they are not of a genteel nature. But hate is something else.
My end thought on this particular matter is a very simple one: let us stop trivialising the real threats in this world, by assigning the word "hate" to everything that makes us feel uncomfortable. There is plenty of real hate in the world, let's call it what it is and stop trying to hide the real monsters. Unlike what our parents told us when we were kids, closing our eyes won't make the monster under the bed go away.