Who Stole My Phone Booth?

I wrote this article in 2005, for a website called CoolStuff4Writers. Though I've obviously written much more significant pieces in my career, this one received a resounding response--probably because so many of us feel like imposters while we're out there in the world doing what we do best. The article archives went offline a few years ago, and I though it was lost forever, but recently re-discovered the original draft on an old back-up drive...so, here it is. 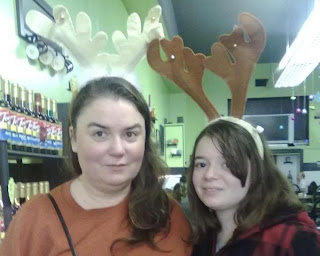 Unthinking, I answered my cell phone in Wal- Mart. We were buying supplies for the Daisy Girl Scout meeting that night and I was absorbed in the variations of color and shape in the sequin packets when I found myself absently saying hello to a musician who's been making appearances on the Australian equivalent of the Billboard Top 40 for more than thirty years.

I was a teenager and Rick Springfield was a superstar when I decided, more than twenty years ago, that I was going to write his biography. I guess that makes me living proof that teenage dreams come true...but somehow I thought it would be different. I thought I would pack the lunches and distribute the milk money and sort the homework and drop off the kids, and then I'd transform from "Mom" into "Biographer to the Stars" like Wonder Woman spinning away Diana Prince. I'd buy the right clothes...except that when I went out to do that, I stepped out of the dressing room to hear my mother laughing. "I wouldn't wear the Velcro gym shoes," she said, "they kind of mark you as a soccer mom." I'd fly off to Los Angeles to do interviews...except that when I did that, I had to call home three or four times a day. I'd meet the coolest people...except that I already knew the coolest person, and I didn't have to fly anywhere to see her.
I wanted to be a superhero. I really did. But I couldn't find my phone booth.

My daughter was everywhere, and when I stopped and thought about it I realized that there was a simple reason for it: I wanted her there. Being a mom was an important part of who I was, and my daughter was just about the most important thing I could imagine. In an earlier age, that might have meant making a choice, but the logistics were manageable. The issue was one that apparently existed only in my own mind, an idea that it was somehow unprofessional to be a mother.

When I'd been teaching, I had never given it a thought, blithely standing before pre-law students with a bunny sticker on my jacket and calling home during the break to say goodnight. But the "Biographer to the Stars" I envisioned wouldn't wear Velcro gym shoes, not even to the grocery store. She could fly away on a moment's notice without having to worry over childcare, and she would never be hiding a chocolate handprint behind her lapel. She would not reach into her bag for a pen and come out with a crayon, nor would there ever be a My Pretty Pony in the pocket of her dress coat. Not even a very small, unobtrusive yellow one.

The news flash that shouldn't have been a news flash is that most people are parents. On the loading dock behind the EFX Theatre at the MGM Grand in , I interviewed an actress/musician who had just released her first solo CD. At the end of the interview she took my hand and led me to her dressing room saying, "I have to show you my son." In my interview with a record producer with more than two decades of success behind him was interrupted briefly while he made sure that his teenage daughter had sunscreen on before she left for the beach. At a concert in the bass player brought his four-year-old son out to play the drums. I began to suspect that many people had Velcro gym shoes hidden in their closets.

Not long afterward, I realized that just as many people kept them on a mat in plain view of the front door.

I happily tucked that knowledge into my pocket alongside the glow-in-the-dark plastic alien and took to the road again, this time secure in the knowledge that the glamorous people I met along the way would understand--and maybe even approve--when I reached for a business card and came out with a gap-toothed first grade portrait instead.