Who Ya Gonna Call? Me, Apparently: Ghostbusters Halloween Costume and Proton Pack 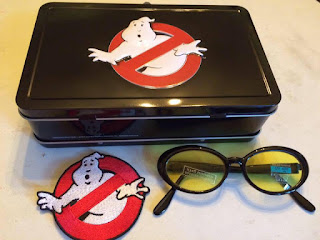 After seeing the new Ghostbusters movie, my inner eight-year-old (who pretty much runs the place) decided that it would be a ton of fun for, er, both of us to dress as a Ghostbuster for Halloween this year while giving out the treats. (Last year, I was Batgirl. The previous year, I was... Batgirl. The year before that I was... okay. You've probably spotted the trend.)

Anyway, I figured: how hard could it be? All I'd need was beige work overalls with some trim, a Ghostbusters patch, and whatever other little details I could muster up. I decided I would be my favorite character of the new Ghostbusters, Dr. Jillian Holtzmann. For she is funny, a scientific genius and completely out of her mind. Also she's one of the more recognizable characters.

So I got a nice, cost-effective jumpsuit via an Amazon vendor (I'm almost five-foot-eight so a Men's Medium was perfect for me). I ordered some 7/8 inch orange reflective trim from a sewing shop. A place on Etsy offers embroidered name tags for all the Ghostbusters, so I snagged myself one of those. I went looking for yellow lensed glasses. And then my brain started getting more ideas. Wouldn't it be nice if I had a proton pack to go with it?

I had NO IDEA what I was getting myself into, but the journey was a BLAST! (DISCLAIMER: serious 'Busters fans will have to forgive that I took some liberties with the design. The parts were somewhat subject to availability but I worked to keep the same general feel.)

Anyway, I found a $5 backpack at Walmart I could use as a basis. I went for black and orange to go with the uniform colors. 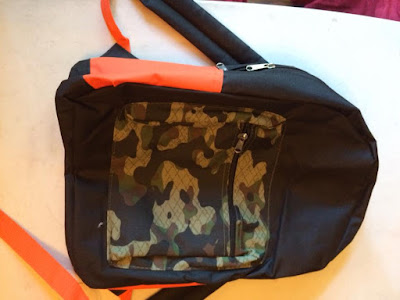 I took the front off the backpack and then, using a staple gun, I upholstered the back fabric to a small piece of plyboard I already had.

I had picked up this Ghostbusters pencil case at the same time as the backpack, to use in place of the black toolbox that's on the real prop... 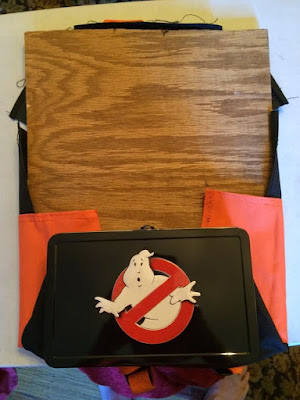 Next step was the largest part of the pack-- making the Faraday cage. You know, you start really looking at the world differently when you need to make proton pack on the cheap. Every shape of every household item and every bit of recycling becomes something you evaluate with keen narrowed eyes for a potential new purpose.

Ultimately, I bought one of those mesh covers folks use over plates of barbecue food, removed the top handle and spray painted it black. It occurred to me I could light the thing up red if I just got some battery powered lights. So one string of those, stapled into place, and I left the battery pack on the outside, using it as one of the instruments on the pack.

I made sure I could still access the on/off button and I painted out all the pesky safety warnings on the battery pack because aesthetically it was better. (Also, it's SO in the spirit of Dr. Holtzmann!: "Safety lights are for dudes.") 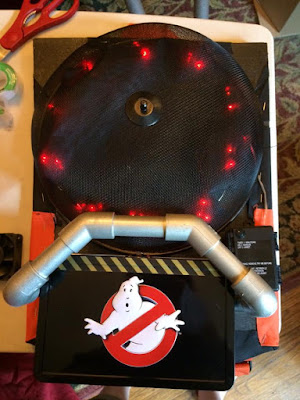 I also made a trip to Construction Junction architectural salvage, and its sister shop, the Center for Creative Reuse, both of which have interesting bits of cool industrial stuff perfect for cheap projects like this. I got some faucet tubing, some circuit boards, wires, a small computer fan, some knobs, wooden dowels and small PVC piping. I painted the piping silver and started Gorilla Glue-ing the other bits.

Ignore the chip clips-- they were just me MacGyvering things into place. :) 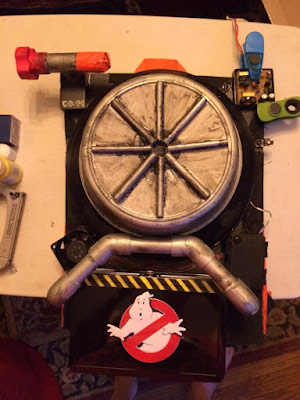 The top of the Faraday cage was made by painting shallow dish with wooden dowels glued to it. I tried painting some gauge data on the steam pressure gauge I'd made, but it was hard to do tidily, so I ended up printing out data (copied from the prop) and made some labels to make it look more legit. 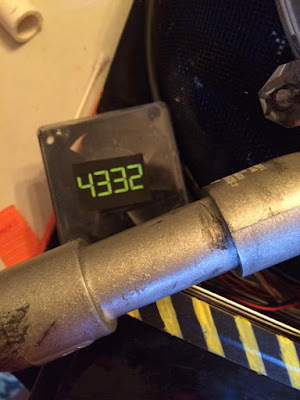 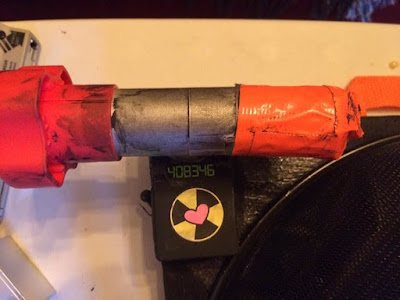 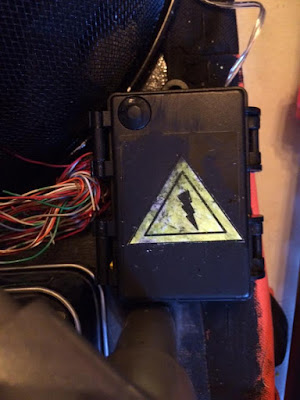 This was also about the time I figured out if I dirtied it up by rubbing on (and then off) black acrylic paint, I could make the thing look like it had seen some action, as well as hide flaws.

There was a small issue where the Gorilla Glue expanded beyond the area I had expected. So I decided I would just paint it with a neon green Sharpie marker and transform it into ectoplasm. 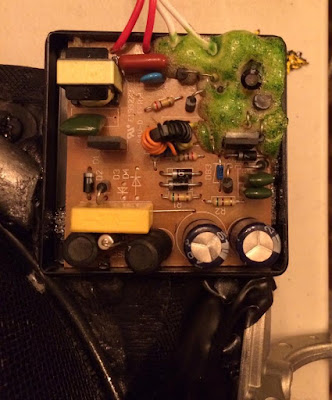 I moved on to the neutron wand, snagging a U-hook and a plumbing coupling from Lowes, a PCV electric box and handles from Home Depot, and a lawn sprayer from Walmart. A little glue, duct tape and connected with wires and the kitchen faucet sprayer pipe, and it all came together pretty well. 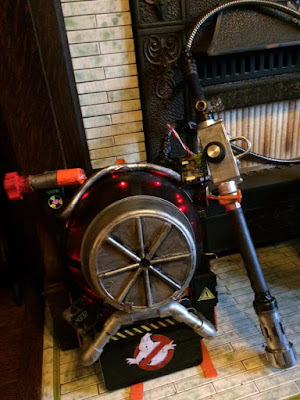 The jumpsuit was the easy bit! 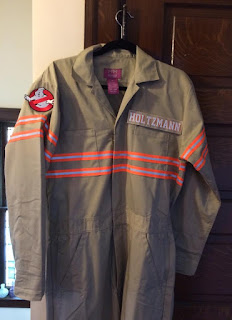 Since I sew poorly, I used a fabric fuse iron-on tape to apply the reflective trim, measuring the width of the trim between the two rows. Getting it even was the hardest part, but overall, I'm really happy with it.  Holtzmann's name has been velcroed on in case I ever want to go as a different member of the team. Amusingly, the Ghostbusters logo badge was free with a Real Ghostbusters cartoon DVD. Yes, please!
I have a wig I'm working on to top it all off. In the Egon Spengler tradition, Holtzmann has some crazy-high blond hair. I've got, oddly enough, a Marilyn Monroe wig I'm working with. It's challenging getting the right effect, and I think I'm going to have to adapt her look a little just because of wig logistics. But overall, I think the outfit's going to be good. I'll unveil the whole thing around Halloween.
We use cookies to improve user experience, remember your preferences, and analyze website traffic. By continuing to browse this website, you consent to our use of cookies as outlined in our Privacy Policy.