Will You Be Part of the Subprime Car Loan Crisis…? 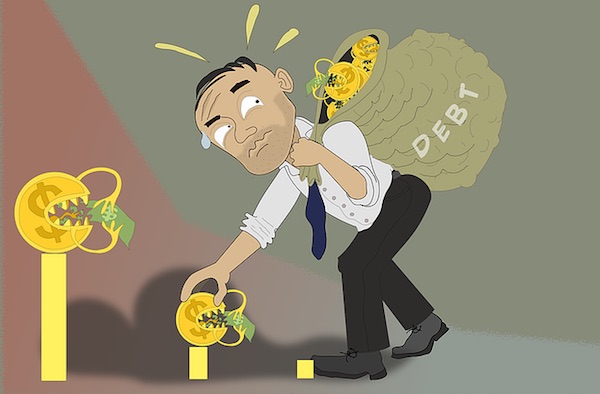 The mortgage crisis of 2008 was a period of time that will forever be remembered. It affected thousands upon thousands of people and threw not only the United States, but the whole world into a sever recession. Behind the great depression, this is arguably the worst financial disaster to happen in modern times. More recently, the subprime auto lending industry has been noted as having the same ingredients as the subprime mortgage and that a so-called bubble is due to pop.

Lenders are lending to people with below average credit and the effects of this have elevated the number of delinquent loans. Although the subprime lending industry has hit an alarming number, it is only about 1/10th of the mortgage crises in dollar size. It won’t be slowing the world economy but it’s large enough to make waves and turn peoples heads. There are three major reasons why the auto industry is headed for trouble. The promotion of lending to unqualified applicants, the push to sell cars, and the lack of knowledge by the consumer to know they are unable to afford the purchase.

Though the mortgage market is a magnitude bigger, the prime and subprime lending in the auto industry topped $1 trillion last year. The issue now is the delinquency rate, which Money.cnn.com reports topped 5% in February, greater than numbers pre great recession.

Automobile companies are always attempting to push sales, and many, if not all of them, were severely effect by the 2008 financial crisis and continue to recover. With the addition of subprime auto lending, it allows cars to move quicker which allows companies to produce more. More recently, with the growth of the economy and low rates, people have taken advantage of this rare opportunity of low interest rates and until something changes with the flow of lending, this is going to continue.

The responsibility ultimately lies with the consumer and their ability to judge if they can afford an automobile in the first place. Everyone focuses on the greedy banks and dealerships but the consumer is a major contributor to this potential crisis. Once a new or used car rolls off the lot, value is lost immediately. That’s why auto loans are one of the quickest ways to become upside down on a loan.

While auto lending is a large business, consumers need to be aware of what’s happening.

The average subprime auto loan interest rate can get close to 10%, which is insanely high. So be sure to do a healthy amount of research before you go out and attempt to obtain a loan. As if you were investing in a stock, think of it as investing in a car. Yes, you will lose value but be sure to choose the correct loan terms and vehicle, as well as fully understanding the agreement. Also, the best possible solution is to just pay with cash. Chances are that subprime lending in the auto industry will continue until the economy decides to slow down or the auto industry beings to slow down.

It’s no doubt the auto lending industry is in a bit of a financial crunch. Although it would not be as catastrophic as the mortgage crisis, it would be significant enough to affect the auto industry, which then ripples through many other areas of the economy. Some simple precautions that the consumer can do is to not take out a loan they can’t afford. Look at interest rates and make sure you can make the payments, or, just save cash and bypass the lending process all together. Banks and dealerships need to take on greater responsibility to prevent situations such as this too, but good luck with getting them to behave in any way that hurt sales. As is said, history tends to repeat itself. Make sure your car won’t wreck your finances.