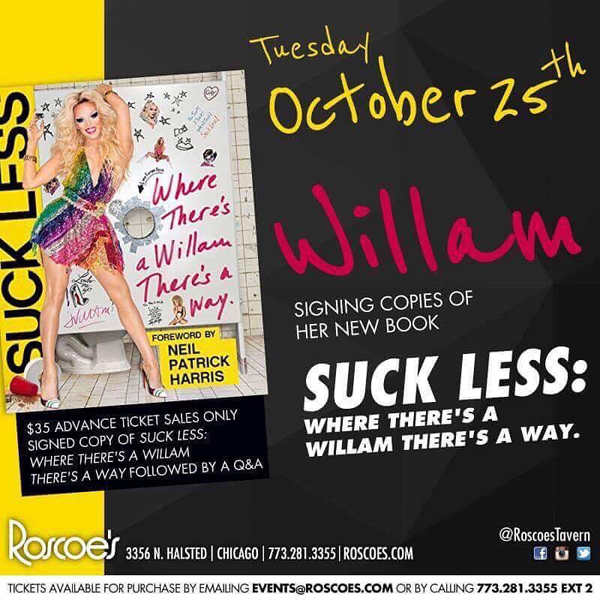 His “unorthodox” self help book which embraces tough-love and unapologetic honesty, titled: Suck Less: When There’s a Willam, There’s a Way  was  just released  last week!!!
Willam is a marquee LGBTQ celebrity from working as Neil Patrick Harris’ Drag Queen coach around his residency on Broadway as Hedwig, to ongoing appearances on RuPaul’s Drag Race, LOGO TV, MTV, etc. Willam was appointed as the first Transgender model for American Apparel and recently earned an award at Cannes Lions for his Magnum Ice Cream ad campaign called “Be True to Your Pleasure”.
Suck Less offers a forward written by Neil Patrick Harris and is a new approach on advice from “the only honest friend you have, Willam”. Topics include:

Suck Less at having a great body

Suck Less at sex and relationships

Willam is also gearing up for the 4th season of his popular web series, The Beatdown, in which is tears apart everything happening in Pop Culture News and The Internet.