People had been asking for a long time for Xiaomi to enter the laptop market. While it was still a far fetched idea for many, Xiaomi did finally enter the market back in July. The two devices which got announced were called Mi Notebook Air sporting either a 12.5 or 13.3 inch display with different kinds of internals altogether. 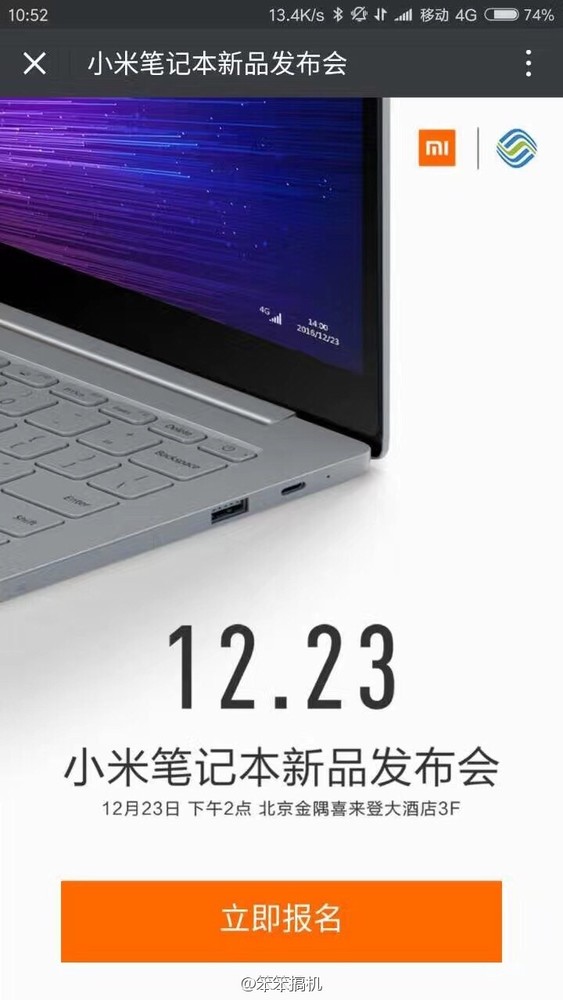 Now since that has been a while, it seems like Xiaomi is planning to bring another device in it’s laptop category. So, an event has already scheduled to take place on December 23, which is a Friday. The teaser image as can be seen in China shows a portion of a laptop. While the laptop is similar to the Mi Notebook Air, the main difference seems to lie on the screen. It seems from the right corner of the screen that there is a 4G connection. Meaning, the new laptop of Xiaomi will also have data connectivity facility right built into it.

While this might seem like 4G connection is coming to Mi Notebook Air there is no telling what band it will support and will it have global usability. On the other hand, there is no telling if the internal hardwares will be improved or not. But with the teaser and all, we do not believe it’s all about 4G connectivity. There might also be a chance that the device will take the route of Surface Book with introducing a more higher end device in its category.

But whatever it may be, we will have to wait just for two days to find out!