I’ve not been in the habit of doing any cycling on Sundays, mainly because there are too many people who hire bikes for the day but have woefully inadequate cycling skills, chief of which is a total lack of awareness of every other road user. However, since I started to explore the area northeast of Fanling earlier this year, I’ve found that not many cyclists come this way, so today I was out on the route I’ve already established (Nothing to See) to see whether I could improve it.

Regular readers will be aware that when I’m out in the Hong Kong countryside, and I pass the end of a road, track or path leading off the road I’m on, I want to know where it leads. In most cases, that road, track or path is a dead end, but sometimes even the dead ends reveal something that makes the detour worth while. I’d ridden past the road in the following photograph several times, but today I decided that it was time to check it out. 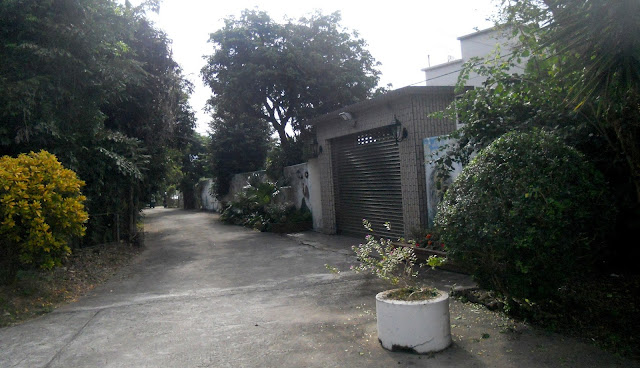 It was yet another dead end, but the wall on the right was quite a surprise. It looks as if the following images were painted quite some time ago, because they’ve faded, and the occasional streaks of blue and orange suggest that these were once elaborate paintings, but I thought that even in their present state they were worth recording. 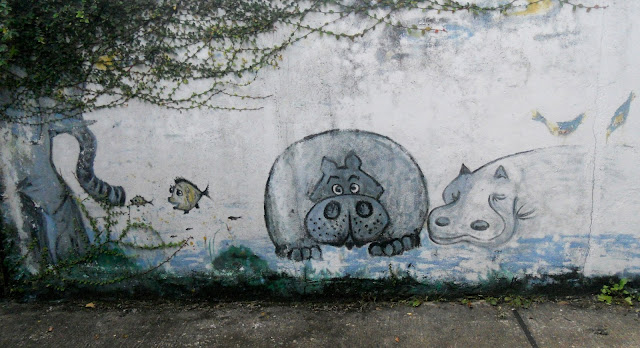 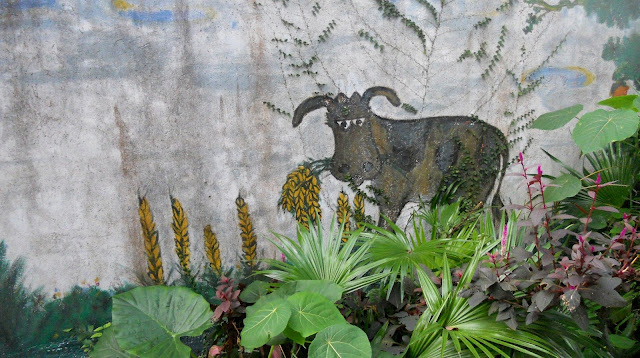 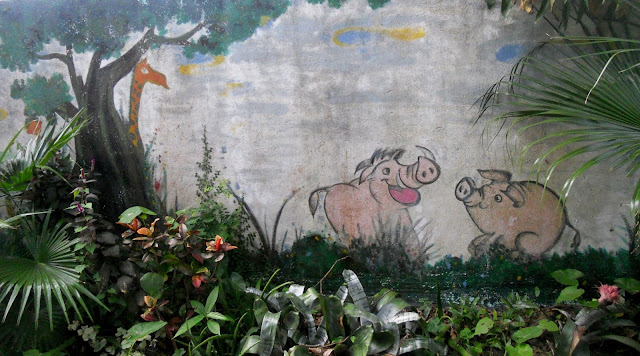 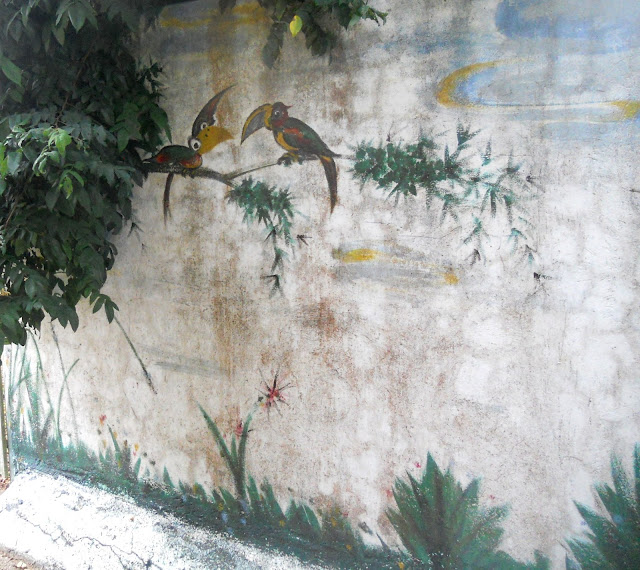 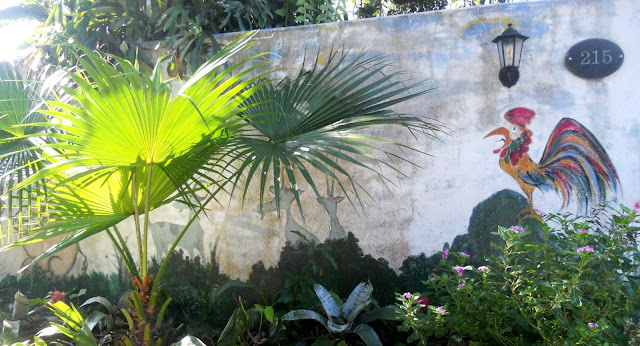 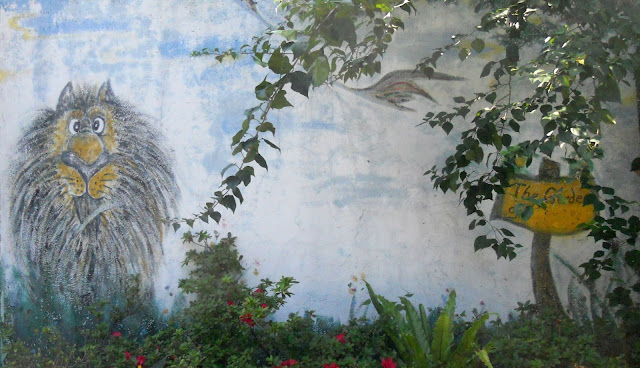 There does seem to be something of a culture in the area of painting walls in this way, because Ghost Alley is no more than half a kilometre away, and I took the following photo between the two sites: 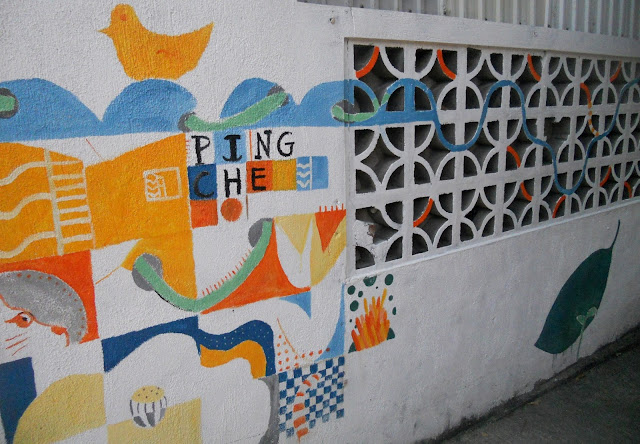 I have not yet checked out where this particular path leads, but it probably has a few secrets to reveal.